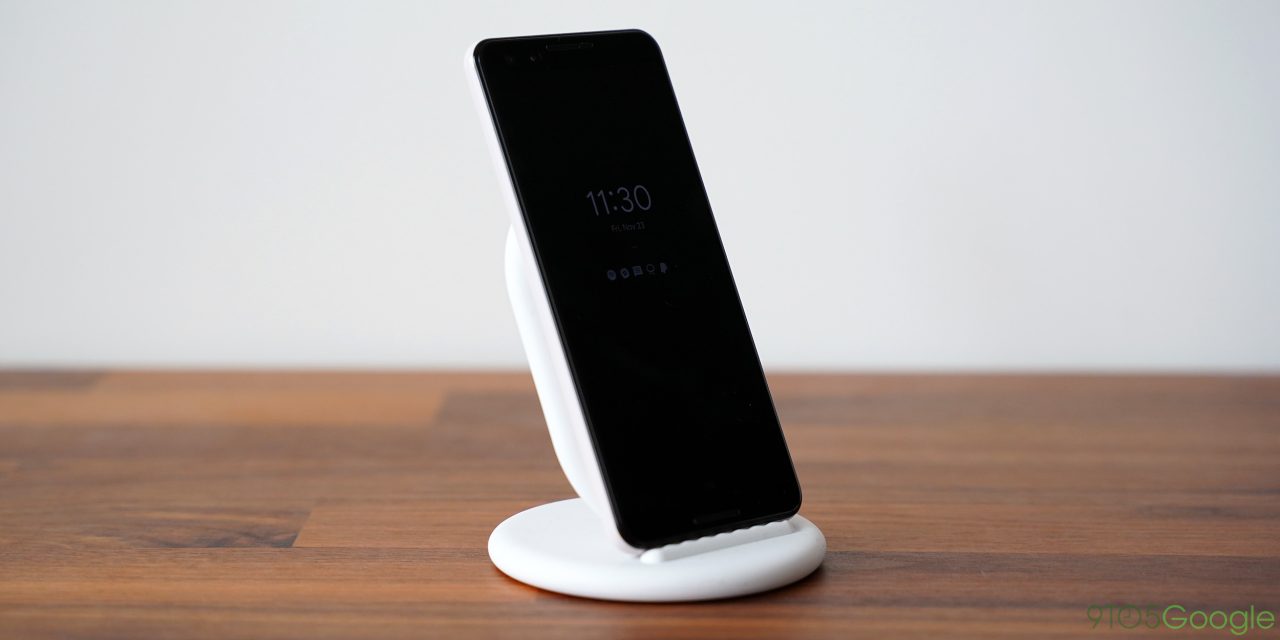 With Android Q Beta 2 last month, the Pixel 3 stopped denoting wireless charging speed on the lockscreen. An update to the Pixel Stand companion app this week brings this altered indicator to the Google Assistant dock on devices running Android 9 Pie.

There are several places where the charging status is displayed on the Pixel 3. First is the lockscreen/Always-on Display, while a second interface is specific to the Pixel Stand. This latter UI features the Assistant, and is where the change is applied after Pixel Stand 1.1.1 (5414626).

Instead of the current battery percentage at the bottom of the screen being followed by “Charging rapidly” or “Charging slowly,” the Pixel Stand just notes “Wirelessly charging.” Last month we spotted a similar change in the Google app, but this week’s update to the companion service was also needed.

The lockscreen/AOD, which requires an Android system update, has yet to be updated as of the April security patch. If users press the power button and exit the tweaked Pixel Stand UI, the old status is still available.

At $79, the Pixel Stand is one of the few wireless docks that can fast charge the Pixel 3 and Pixel 3 XL at 10W. The bottom-left corner features a shortcut to launch Google Assistant with contextual commands that update throughout the day and a shortcut to the Updates feed is also available.

Other features include Sunrise alarms in the morning that make your screen progressively brighter, while Do Not Disturb can automatically be enabled at night. There is also a Google Photos slideshow mode, and larger always-on audio controls for media playback. Nest users also benefit from a live feed when somebody rings the Google Nest Hello video doorbell.

This latest version of the Pixel Stand companion app is rolling out now via the Play Store.