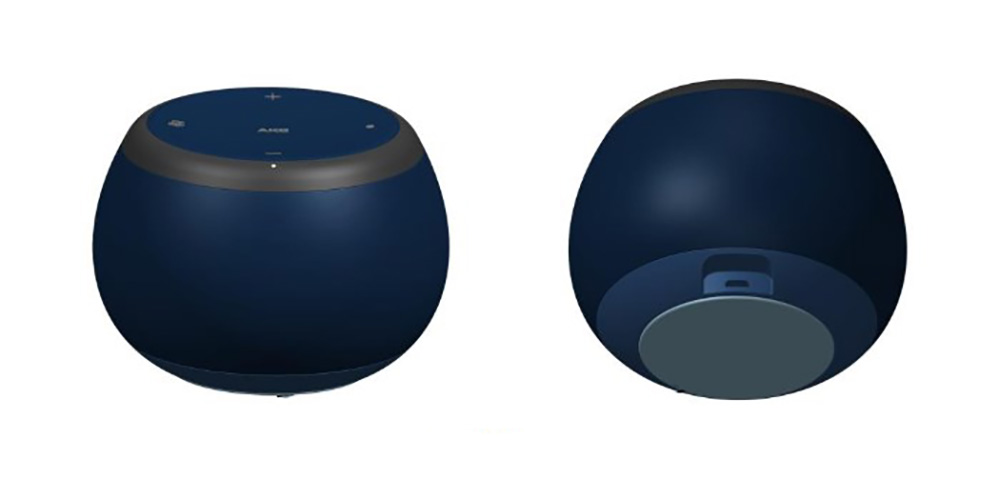 Alongside the launch of the Galaxy Note 9, Samsung showed off its Bixby-powered smart speaker, the Galaxy Home. Now, several months later, a second smart speaker from Samsung has passed through the FCC before the Home has even gone on sale.

Variety first reported on an FCC filing for a smaller Samsung Smart Speaker which has a design not all that different from the larger version. The “AI speaker” shows AKG branding front and center with some buttons for volume and other controls. There’s also what looks like a micro-USB port on the bottom of the device.

This device carries the model number SM-V310 which was previously reported in reference to a smaller smart speaker from Samsung. Notably, that model number is similar to the Galaxy Home’s SM-V510. Details on this speaker are pretty scarce at this point, and pricing is completely unknown as well. We can see in the FCC listing that both WiFi and Bluetooth will be on board.

It’s interesting to see a second speaker so far in development from Samsung when the original Galaxy Home still hasn’t actually gone on sale. Samsung has missed multiple deadlines with that product, and we still don’t even know pricing at this point. Samsung also refuses to release information on the product’s delay beyond promising a launch “in the first half” of 2019.