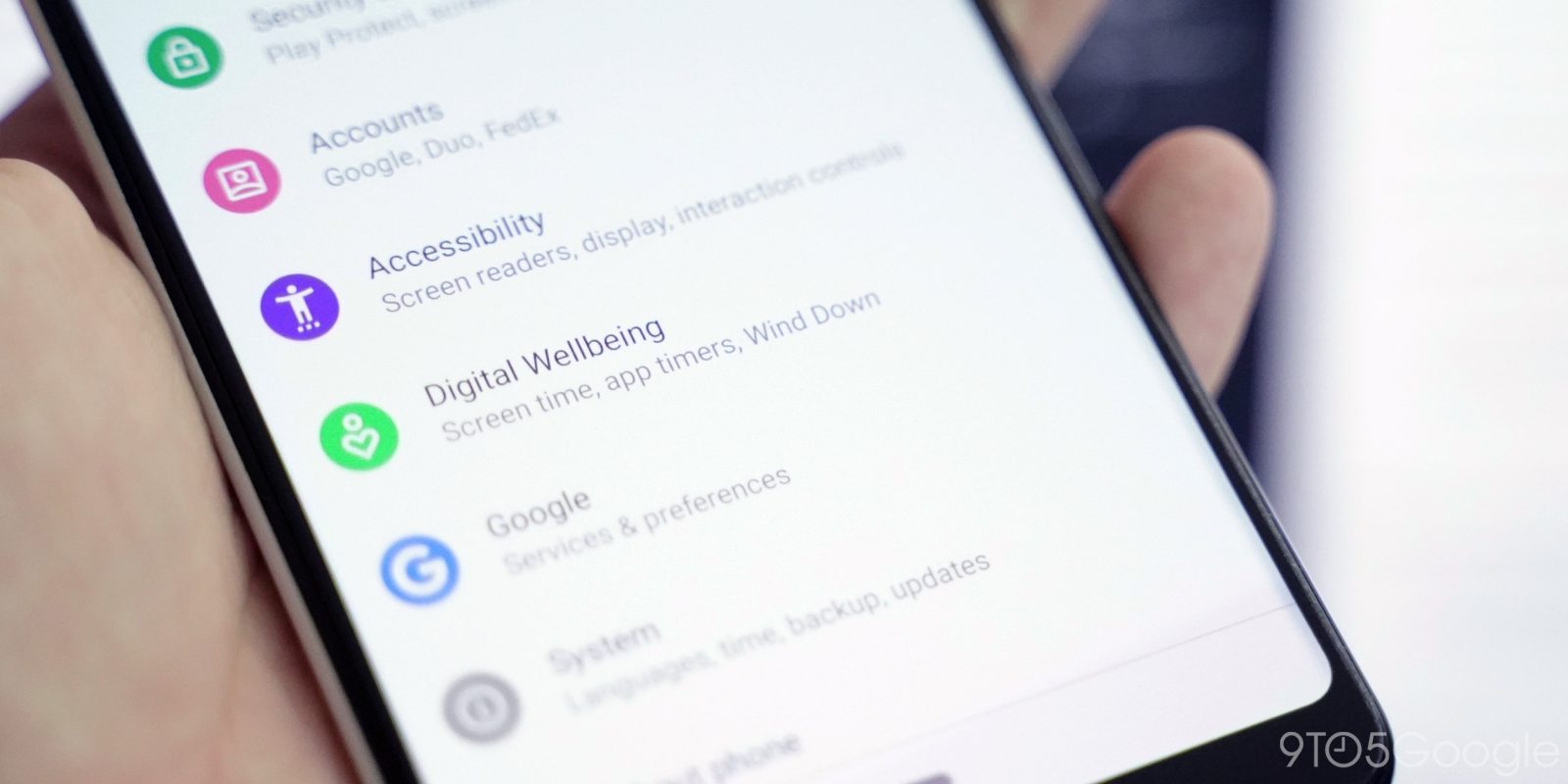 Controversy about Digital Wellbeing and Pixel 3 performance aside, the Pixel Launcher on Android Q is testing a quick “Pause app” shortcut. Another feature currently in beta is the ability to schedule Wind Down on a day-to-day basis.

As spotted by Android Police, the latest Digital Wellbeing beta tweaks the Wind Down preference. Just underneath the “Start” time selector is a new days of the week picker to specify when you want your phone to automatically enter Grayscale or Do Not Disturb.

While helpful in getting users to stop using their phone by turning the screen black-and-white and/or disabling notifications, it did not always fit into a normal schedule. For example, people are naturally up later on the weekends and having their phone enter Wind Down at a set time is disruptive.

Wind Down scheduling is still in the beta channel with version 1.0.2483 of Digital Wellbeing and not yet rolled out to stable users. All users with Pie devices and up can sign up for the beta program via the Play Store.

Later this fall, Google’s assistive feature will gain expanded functionality, while the company at I/O 2019 noted some user progress towards reducing device usage. A Focus mode in system Quick Settings can silence certain apps during periods where you need to work and do not want to be distracted. Compared to Wind Down, it is more temporary and meant to be used throughout the day. Meanwhile, the feature will soon be closely tied with Family Link parental controls on Android Q.

Since creating our set of Digital Wellbeing tools last year, we’ve heard that they’ve helped you take better control of your phone usage. In fact, app timers helped people stick to their goals over 90 percent of the time, and people who use Wind Down had a 27 percent drop in nightly phone usage.