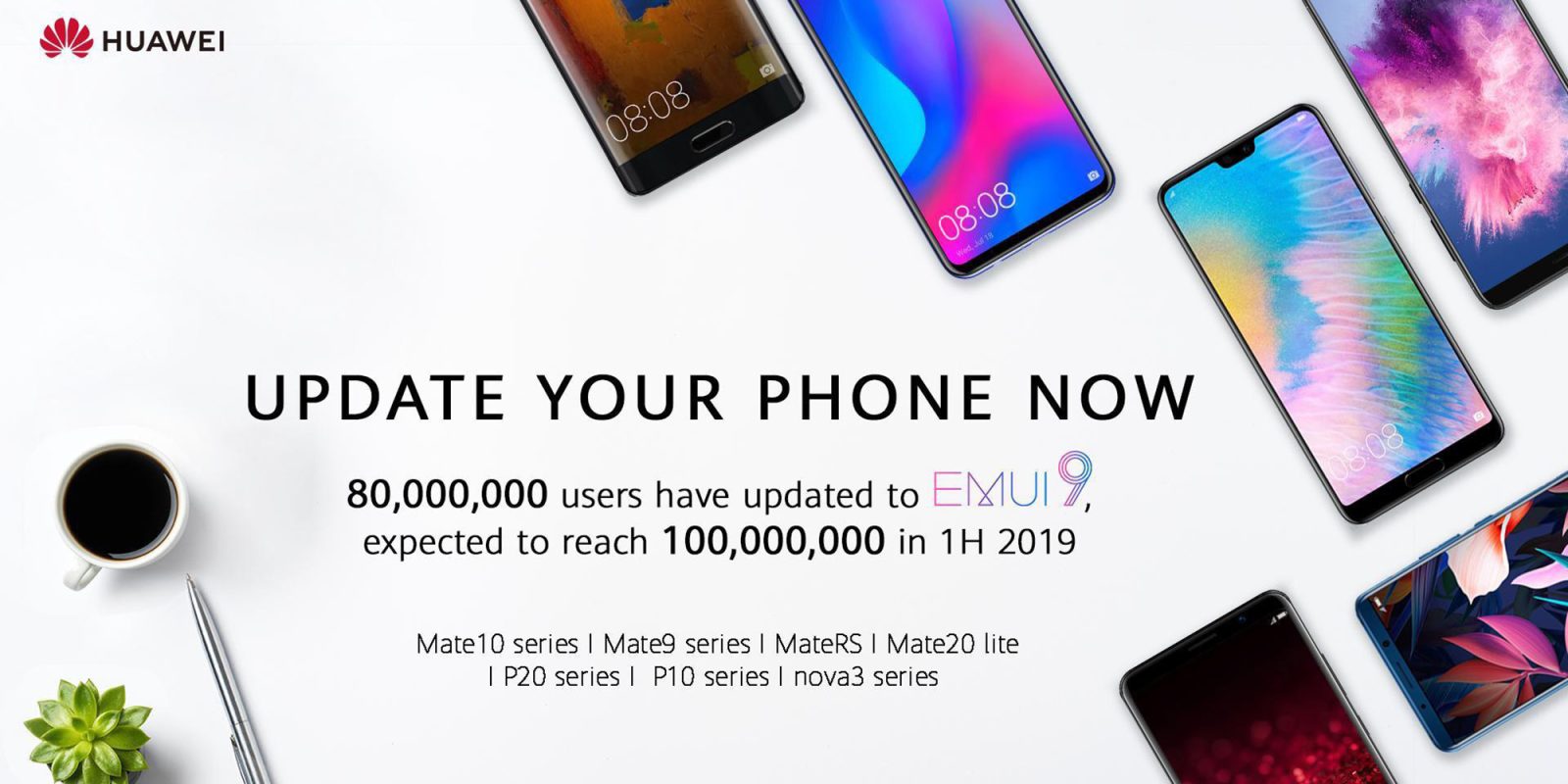 We reported recently that the EMUI 9.1 beta is rolling out to a number of Huawei and Honor devices. Huawei has now confirmed that EMUI 9.0 is rolling out to seven more devices with the Huawei Watch GT also receiving an important Always on Display update of its own.

For owners of the Huawei Mate 10 series, Mate 9 series, Mate RS, Mate 20 Lite, P20 series, P10 series and the nova 3 series you can now enjoy the fruits of EMUI 9.0 and all the software tweaks it brings to the table.

EMUI 9 is built upon Android Pie but has quite a few software tweaks and alterations that are said to enhance your experience on Honor and Huawei devices. The new navigation gestures are present and correct, as are the Huawei Share features, password vault, SD card backups and much more that you can find on the official EMUI 9.0 dedicated microsite.

Huawei is also celebrating an estimated 80 million users now running Android Pie on their Honor and Huawei devices around the globe. That is impressive, although worrying that they are in fact the second biggest smartphone manufacturer on the planet. You would hope that figure was much higher.

Given that we constantly remind you of the issues surrounding Huawei and US government, it’s important to note that this could potentially be that last full Android release that many Huawei or Honor handsets get for some time. As we have mentioned, these trade issues may be resolved in good time but for now, it is definitely wise to get updated sooner rather than later.

The Huawei Watch GT has also finally received the much needed Always on Display option via the 1.0.8.34 firmware release (via Reddit). This 3.2MB download is also now rolling out to Watch GT owners globally, with a series of optimizations included.

Of course, Always on Display support is the biggest inclusion after not being available for some time. It allows you to set a lock screen watch face and have it constantly stay on, or simply turn off at scheduled times. Given how long the Watch GT battery lasts, even if it does take a hit, you can still count on ridiculous longevity — and at $199 the Watch GT is a real steal.

The release highlights include heart rate monitor improvements, a new mode that turns off the display when covered by your hand and general bug fixes. If you have the Huawei Watch GT, head to the Huawei Health application to check if the OTA is waiting for you to download and install.

For those waiting for the full EMUI 9.0 download, it’s worth heading to your device Settings > System Update and checking back manually on a regular basis.