Samsung is rolling out quite a few updates to its line of devices with the Samsung Galaxy S9 and Tab S5e tablet receiving the June 2019 security patch. There is also some love for 2017’s Galaxy Tab Active 2, which is finally getting an update to Android Pie.

The Galaxy S9 is getting an update to firmware versions G965FXXU5CSF2, G965FOXM5CSF2, and G965FXXU5CSF2 that is bringing the June 2019 patch alongside some other important software tweaks. There are bumps for camera performance including background blur toggle improvements, QR code reader enhancements, and the addition of the Night mode (via Reddit).

Back to the tablets, and the Galaxy Tab S5e is joining the Galaxy S9 in getting the June 2019 security patch alongside a few other tweaks and performance improvements. The update is rolling out now in the United Kingdom and South Korea (via SamMobile) and brings the tablet to firmware version T720XXU1ASF1. 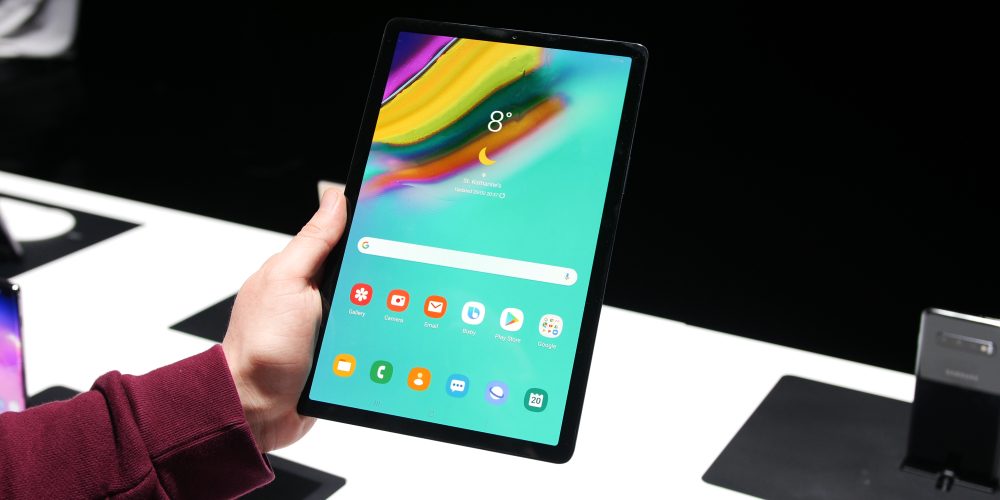 Given the tablet was announced at Unpacked 2019, it wasn’t made available until May of this year and has had a couple of updates since release. That is despite only expecting updates on a quarterly basis.

Now the Galaxy Tab Active 2 is a little bit older, having been released way back in October 2017. Since then, the rugged tablet has had a bump from Android Nougat to Oreo and now it’s getting a taste of Android Pie in the One UI flavor.

This update has been confirmed as bringing firmware version T395XXU4CSF1 to the Wi-Fi only models in Italy, with more nations expected to receive the update in the coming weeks (via SamMobile).

If you own any of the three devices, keep an eye out for an OTA update. Alternatively, head to your device Settings > System updates and manually refresh. If you have received an update for the June patch on your Galaxy S9, Tab S5e, or Android Pie on the Tab Active 2, then be sure to let us know in the comments section below.