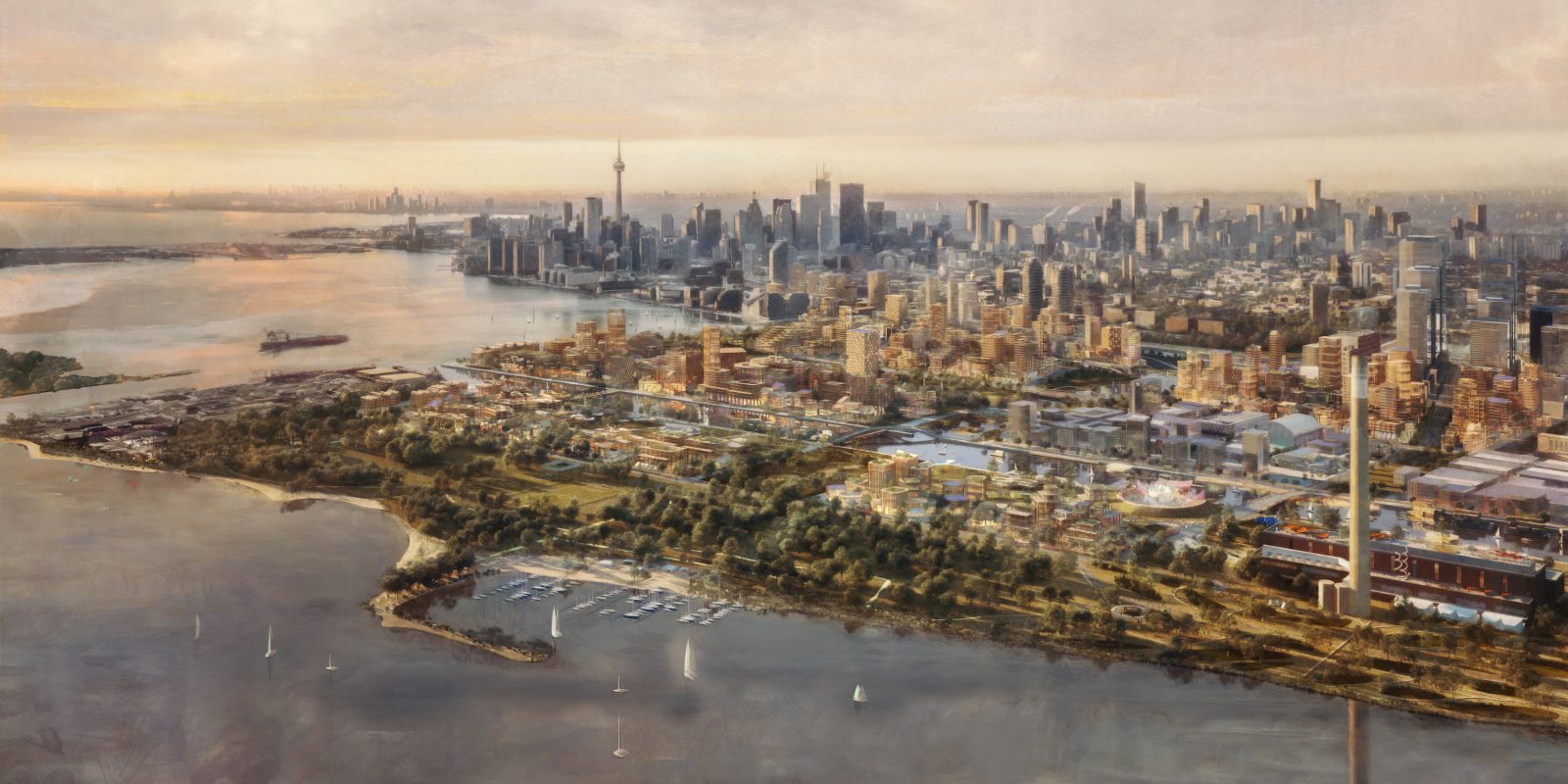 Sidewalk Labs is focussed on incorporating the latest technologies into cities. For the past several years, it has been planning the city of the future through Sidewalk Toronto, with Alphabet’s full vision published today.

The Master Innovation and Development Plan is over 1,500 pages long and split over four volumes. It goes into depth about the future city that Alphabet wants to build in Toronto. It was developed over an 18-month period after getting the input of 21,000 residents.

The Quayside neighborhood is the first part of Sidewalk Toronto’s future city plan. It involves the construction of ten mixed-use buildings that are up to 30 stories tall, with space for 4,500 residents and 3,900 jobs.

These buildings will use sustainable mass timber, while the entire site will have a low-carbon footprint. Additionally, fiber optic networks are integrated into buildings, along with public Wi-Fi.

The Quayside plan would result in a low-carbon, resilient neighbourhood with a significant number of environ- mental innovations, including sustain- able building materials and designs, an advanced power grid for electricity, a clean thermal grid for heating and cooling, a smart disposal chain designed to increase recycling, and active stormwater management.

Pedestrian-only walkways will be lined with shops and restaurants, as well as community spaces, while office space and housing units are above. Those “people-first” streets are joined by cycling pathways that include heated lanes and traffic signals that adapt to real-time use.

Alphabet’s future city now has to be approved by the Waterfront Toronto board and the broader local government. Early next year, Sidewalk Labs will submit the formal Development Application to the City of Toronto. Zoning could be granted in early 2022, with building permits by the end of that year.

Initial site work will begin in 2021, with construction beginning the year after following the permits. The first building would be ready my mid-2024, with “full occupancy across the entire Quayside site achieved by the close of 2026.”

The second phase is the River District, and sees Quayside replicated on a larger scale:

If this plan is approved, Google plans to move its Canadian headquarters to Villiers West, while an “innovation campus” would also be created.

Alphabet commits to establishing a new Canadian headquarters for Google on the western edge of Villiers Island, as part of an agreed-upon transaction within the IDEA District, to catalyze a new innovation campus and to amplify the area’s eco- nomic potential. Alphabet would target up to 500,000 square feet, which would be sufficient to accommodate as many as 2,500 jobs, the majority of which would be for Google employees (though actual hiring will depend on market conditions and business requirements).

Sidewalk Toronto has an interactive site that details the plans in-depth and does not require reading the very long PDF document.