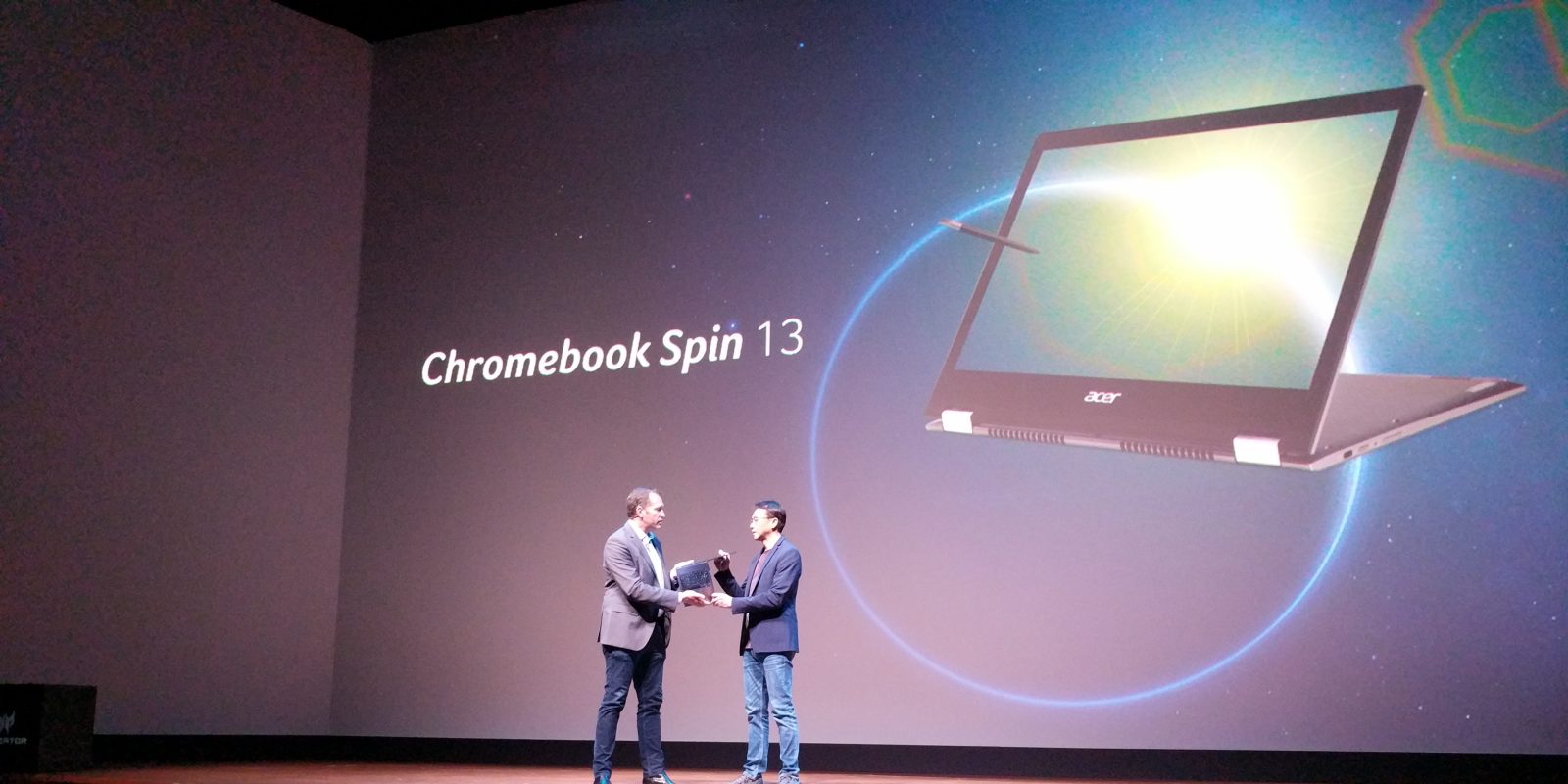 Since the advent of Linux apps on Chrome OS, what makes a device one of the best Chromebooks on the market has been changing. Now, more than ever, performance matters, and OEMs like Acer are beginning to meet the demand by bumping up specs across the board. Today, Acer has posted specs for a souped-up version of their Chromebook Spin 13 with a top-of-the-line Intel i7 processor.

Since it launched last year, the Acer Chromebook Spin 13 has undoubtedly been one of the most well-rounded Chrome OS devices on the market today, thanks to its laptop-grade specs, stowable stylus, and manageable size. This package was made even sweeter by the $899 retail price, frequently discounted below $700.

However, Chrome Unboxed reports, Acer is kicking it up a notch by offering a maxed-out model of the Chromebook Spin 13 that packs a Core i7 processor and a whopping 16 GB of RAM. While this model will certainly perform far better than its i5-equipped brothers, Acer has attached an outlandish $1,569 price tag.

The Acer Chromebook Spin 13 is by no means the first Chromebook to release with an i7. Both of Google’s most recent Chromebooks, the Pixelbook and Pixel Slate, have offered i7 models in the same price range. However, these are not nearly as fast as the i7 processors in most laptops, as they use fanless cooling.

A closer comparison would be HP’s x360 14 G1, which uses the same laptop-class i7 processor found in the new Acer Chromebook Spin 13 model. HP sells their top-end model for an even more outrageous $2,191, but usually discounts it to $1,248.

If you remain undaunted by the almost $1,600 price point, the new Acer Chromebook Spin 13 model is not yet on sale, but should become available from Acer’s website in the next few weeks, according to Chrome Unboxed.