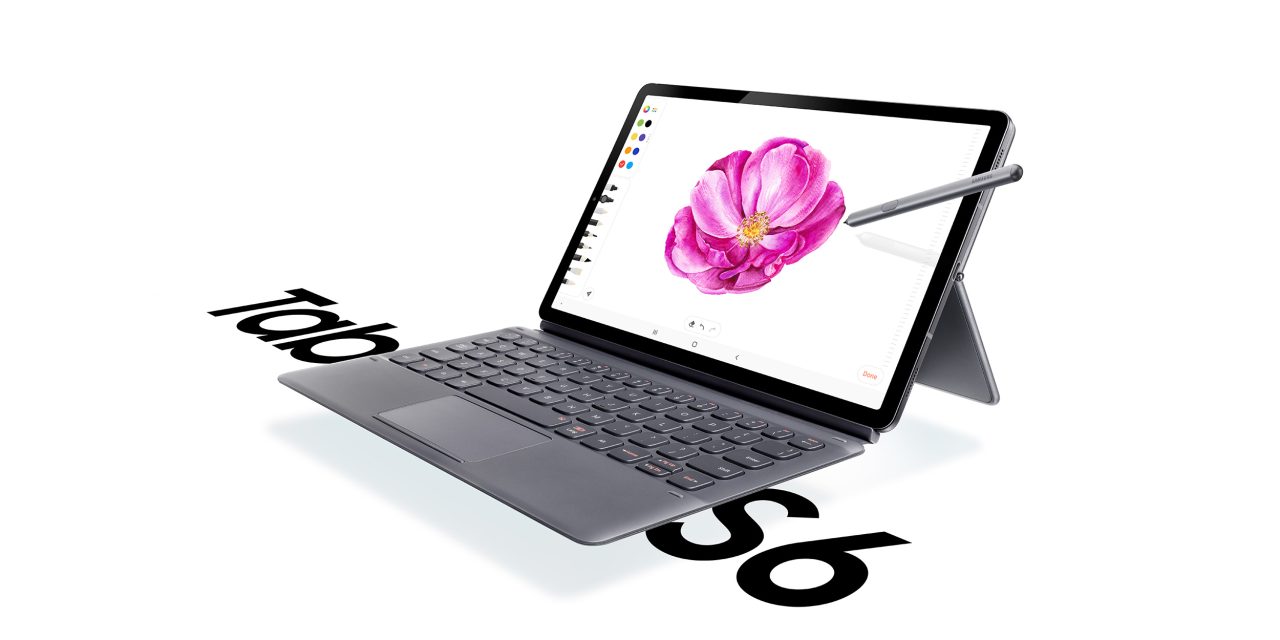 Samsung is one of the few Android OEMs seeing success with tablets, and today the company has announced its latest premium offering. The Samsung Galaxy Tab S6 is official, here’s what you need to know about it.

The Samsung Galaxy Tab S6 is a tablet that can be used for basically everything including movies, games, and more, but Samsung’s primary focus is on productivity. The company says that the market for premium Android tablets is still around, and in fact, it’s even “picking up.” With its new Galaxy Tab S6, the company has what is probably one of the best Android-powered tablets you can get today.

Samsung has also learned from the mistake of the Galaxy Tab S4 and placed Qualcomm’s latest chipset under the hood. The Galaxy Tab S6 has a Snapdragon 855 under the hood which provides major improvements over the Snapdragon 835 that was seen in the Tab S4. That chipset sits along with either 6GB or 8GB of RAM, as well as 128GB or 256GB of storage with a microSD card slot.

The display is a 10.5-inch WQXGA AMOLED panel, just like the Tab S4, but this time with an in-display fingerprint sensor underneath.

Samsung’s DeX experience has also been updated on the Tab S6. The company explains that it’s easier to get in and out of the experience, and some of the UI elements have also been optimized for touchscreens. The S-Pen also now works with DeX, with features such as Air Command still working within that UI.

To go along with the DeX improvements, Samsung has also improved the keyboard accessory for the Galaxy Tab S6. The biggest improvement here is a trackpad on the keyboard which puts a cursor on the display within Android. And the keyboard now has function keys to offer a bit more flexibility. It’s still an add-on purchase, though. Samsung is offering 50% off through September 22nd with Tab S6 pre-orders. Granted, that’s 50% off of $180. 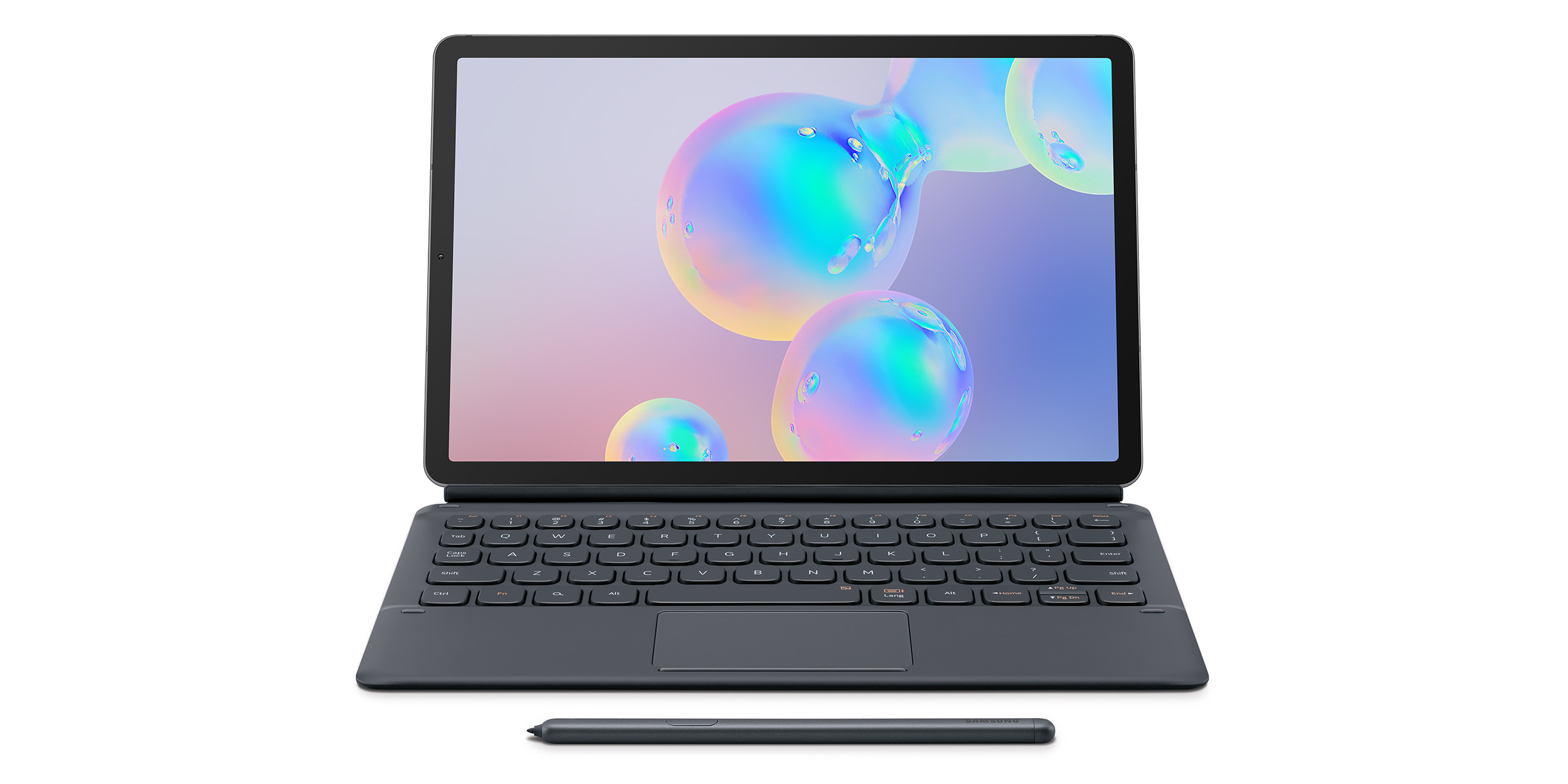 As for the S-Pen, Samsung has included some of the improvements from the Galaxy Note 9 here with Bluetooth connectivity. For charging, though, you’ll have to wirelessly dock the stylus to the back of the tablet which seems somewhat awkward. Either way, the S-Pen comes with the Galaxy Tab S6 and matches the same Mountain Gray, Cloud Blue, and Rose Blush colors.

Also, because Samsung’s customers apparently use the cameras on their tablets, Samsung has made some improvements in that department. The Galaxy Tab S6 is the first tablet with a dual-camera setup on the back which adds a wide-angle lens to the device to capture more of the scene around you. The primary camera is a 12MP sensor, with 5MP for the wide-angle. But seriously, please, stop using your tablet as a camera.

There’s also USB-C for charging the 7,040 mAh battery, but you won’t find a headphone jack anywhere. There’s also no dongle in the box.

If you’re looking to pick up the Galaxy Tab S6, Samsung is asking $649 for the high-end tablet, probably not an awful price point considering Apple’s iPad Pro now starts at $799. Pre-orders for the Galaxy Tab S6 start on August 23rd on Samsung’s website with availability starting September 6th. An LTE version will be available later this year. 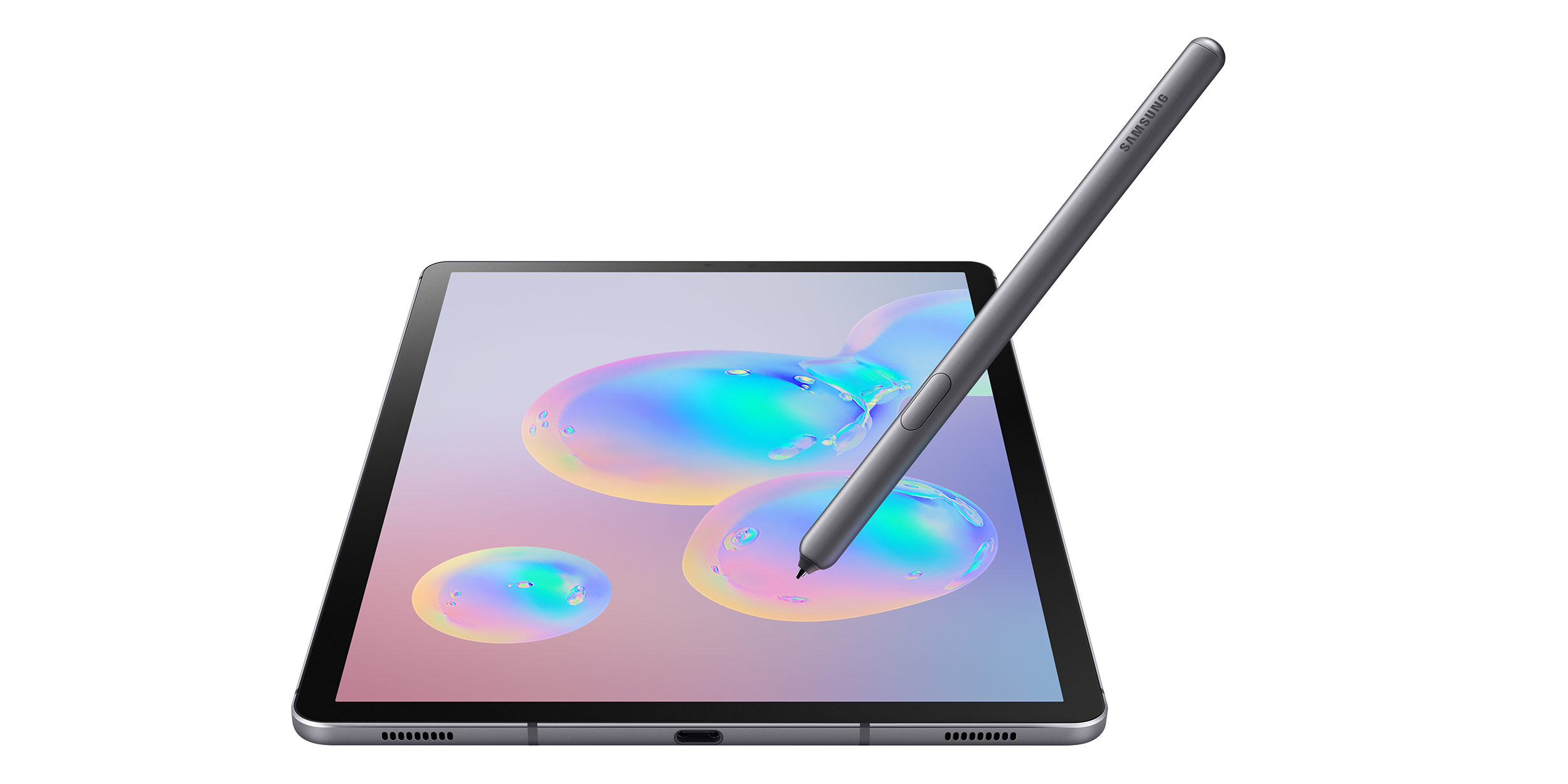