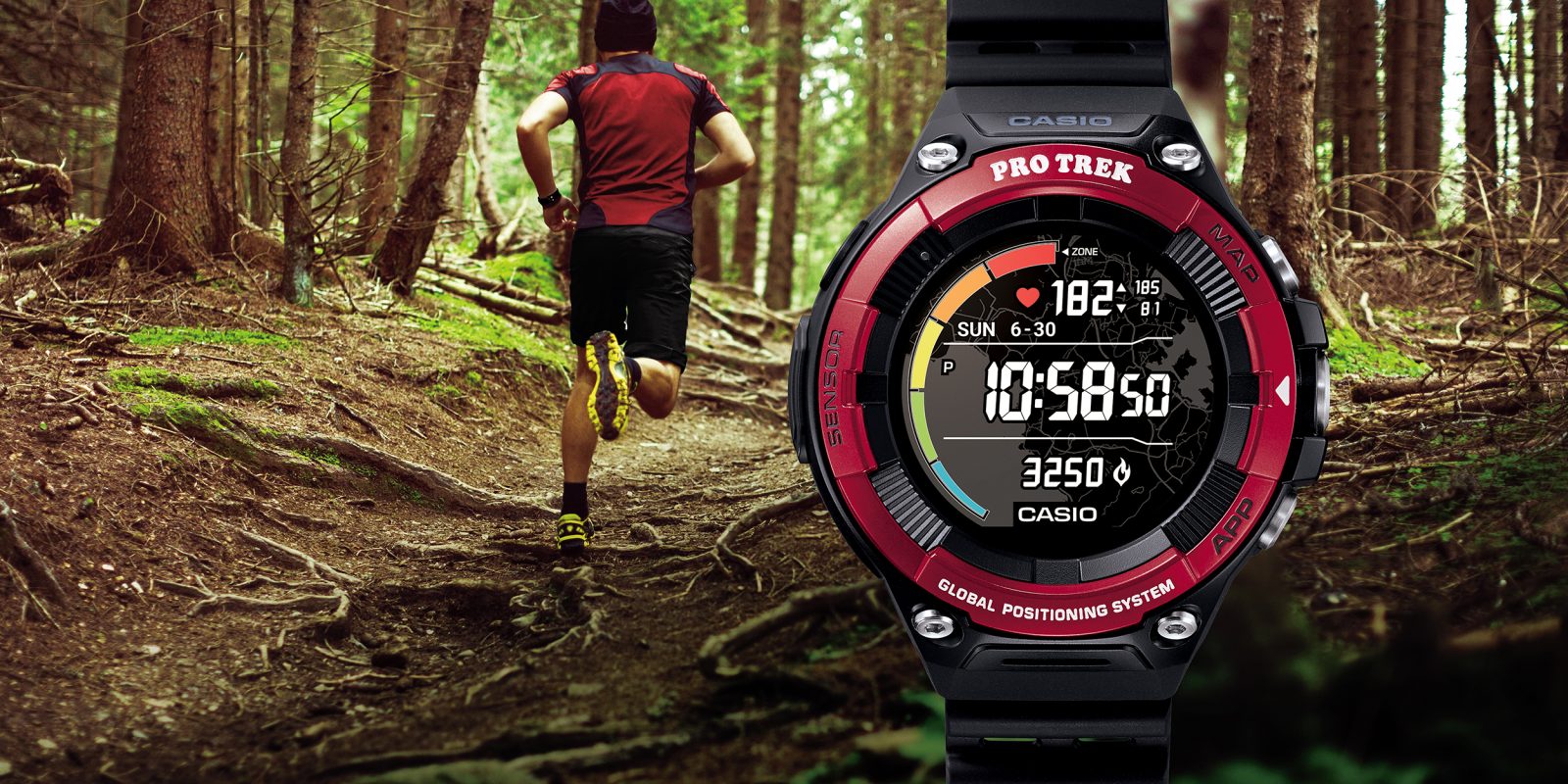 Casio has been on the Wear OS train for quite a while, and today, it’s announcing another new option. The Casio ProTrek WSD-F21HR carriers a lower price tag, similar rugged design, and finally, a heart rate monitor.

Long names aside, Casio’s latest Wear OS smartwatch is a big deal for the company solely because of the added heart rate monitor. The past three generations of Casio’s ProTrek smartwatch lineup have been among the best outdoor smartwatches on the market, but they’ve all lacked this simple and useful feature.

Interestingly, the WSD-F21HR isn’t a successor to the WSD-F30 that debuted in 2018, but rather a variant on the WSD-F20 from 2017. Like that watch, you’ll get a 1.32-inch dual-display that isn’t fully round, instead using the “flat tire” design that was common a few years ago. The WSD-F21HR also has offline GPS features, a rugged body, 5 ATM water resistance, and more. Battery life is estimated at about a day and a half and, of course, you’ll be getting Wear OS.

DOVER, NJ, August 20, 2019 — Today, Casio America, Inc. announced that it will release a new addition to the PRO TREK Smart series of wrist devices for outdoor enthusiasts — the WSD-F21HR. Casio’s new WSD-F21HR, which is slated for release this September, is outfitted with a heart rate monitor for pace management during activities from road and trail running, to cycling, climbing, and more.

Casio entered the smartwatch market in 2016 and released the WSD-F20 in 2017. Featuring GPS technology and offline maps, this and subsequent models allow users to easily check their current location from their wrist, even in locations without cell phone service, and they have been especially popular.

The new WSD-F21HR is the first PRO TREK Smart to offer an optical sensor. It measures users’ heart rates by flashing a LED light onto the wrist. Once measured, information is expressed as one of five heart rate zones1, allowing users to see the elapsed time and more at a glance. The watch also has a new Heart Rate watch face that enables it to automatically switch to the heart rate monitor screen when motion is detected by the accelerometer.

The WSD-F21HR also offers Casio’s enhanced Activity App that now features Running and Trail Running menus. These menus display measurement data in real time that can be optimized by choosing three types of information displays including heart rate, pace, and distance2. Furthermore, because up to four screens can be set, the user can easily switch between them and check the desired information while engaged in an activity.

The WSD-F21HR can also display maps and the current location enabling users to enjoy taking an unfamiliar route or running when they are traveling. Since the WSD-F21HR can import GPS log data, users can check previously used running, trekking, and cycling routes. Data measured by the Activity app is also automatically saved to Google Drive, and activity history can be viewed on Google Calendar.

As with other PRO TREK Smart models, the new WSD-F21HR can access Google App services, the trekking app ViewRanger, the cycling app BIKEMAP, the running app STRAVA, and other outdoor sports apps compatible with Wear OS by Google making it ideal for a multitude of outdoor activities.

Designed for the active outdoorsman, the WSD-F21HR boasts water resistance up to 50 meters and environmental durability built to military specifications. It features a bold, durable front bezel and a soft urethane band with a double pin buckle to ensure a comfortable fit, as well as Casio’s signature dual-layer display. The WSD-F21HR (MSRP: $499) will be available in black and red at select jewelry and watch retailers nationwide. For more information on Casio’s WSD-F21HR and full PRO TREK collection of timepieces, please visit https://wsd.casio.com/ andhttps://protrek.casio.com/.