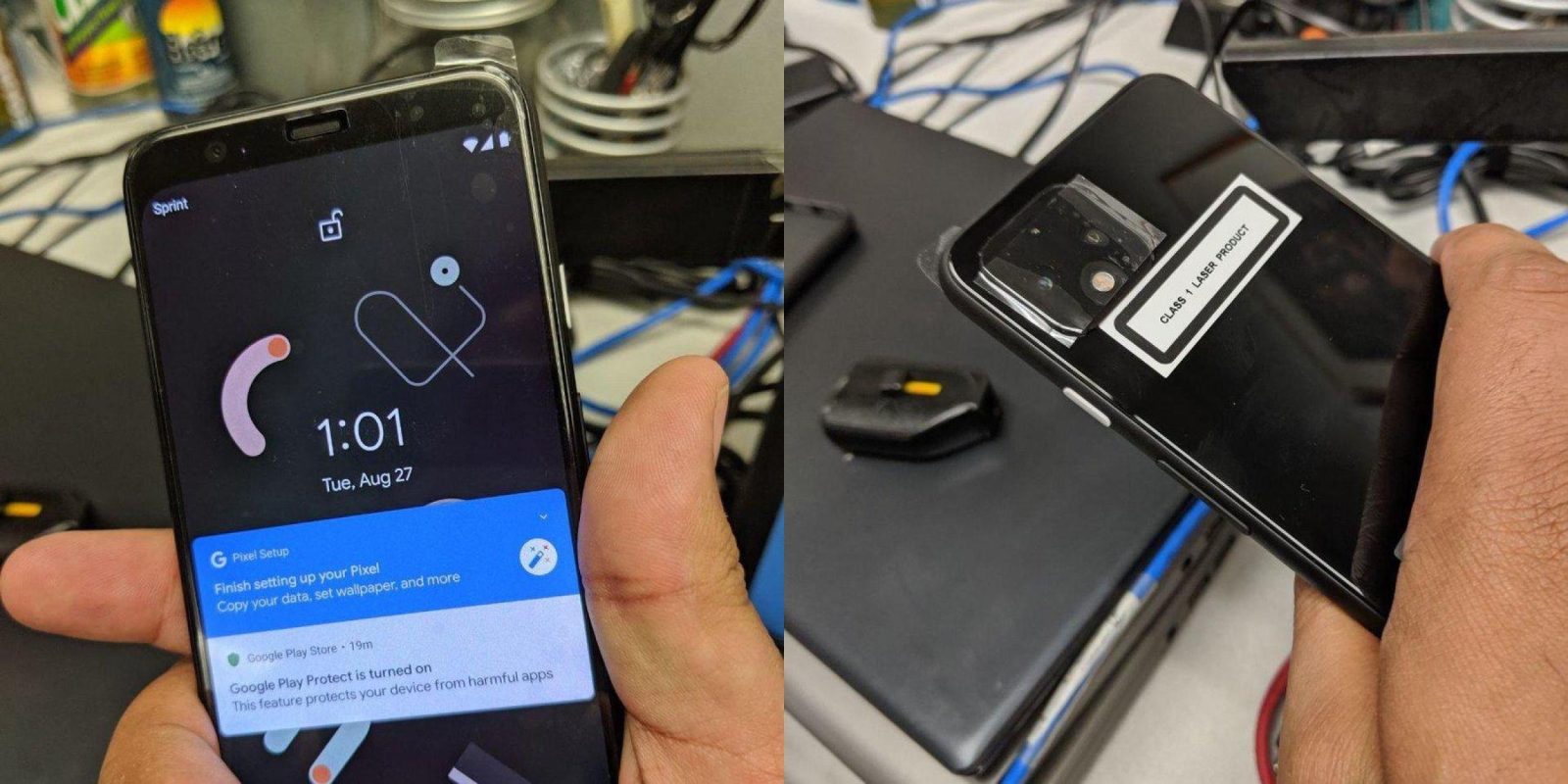 Earlier this month, we fully detailed the Pixel 4 and Pixel 4 XL’s specifications. Google has officially teased several shots of the device, but a new leak today provides out first up close look at the front of the upcoming flagship.

These two images are “floating around on Telegram,” and were shared to Twitter by XDA’s Mishaal Rahman. Likely of the smaller Pixel 4, we see the phone’s entire front in this more detailed leak. This 5.7-inch screen has a rather thin bottom bezel, while the top is not too tall despite the number of sensors being packed in.

Compared to the Pixel 3, there is a narrow, but slightly taller speaker grill in the middle. To the left, we can see the ambient light/proximity sensor flashing, while the single front-facing camera is next to it. Despite this detailed Pixel 4 leak, it’s hard to determine whether that’s a regular or wide-angle lens.

It’s also difficult to see the face unlock IR camera on the left, or the Soli radar chip to the right of center. The face unlock dot projector, second IR camera, and flood illuminator are also not visible.

On the actual screen, it’s clear that this device is running Android 10 due to the gesture navigation bar and the Assistant handles. There is an interesting black background with geometric shapes that could easily be a live wallpaper. Two notifications on screen are for “Pixel Setup” and the Play Store, while Sprint is the carrier in the top-left corner.

The second shot is primarily of the rear and we can see the humongous camera stack protected by another film. As we reported earlier this month, there is a 12MP shooter with phase-detect auto-focus and a 16MP telephoto lens. You can also clearly make out the sizable flash unit.

This Pixel 4’s rear is quite shiny, and you see a gentle curve of the glass into the frame. The angle also provides a view of the power button and volume rocker.