Review: Lenovo Chromebook C330 brings back the budget Chromebook for well under $300 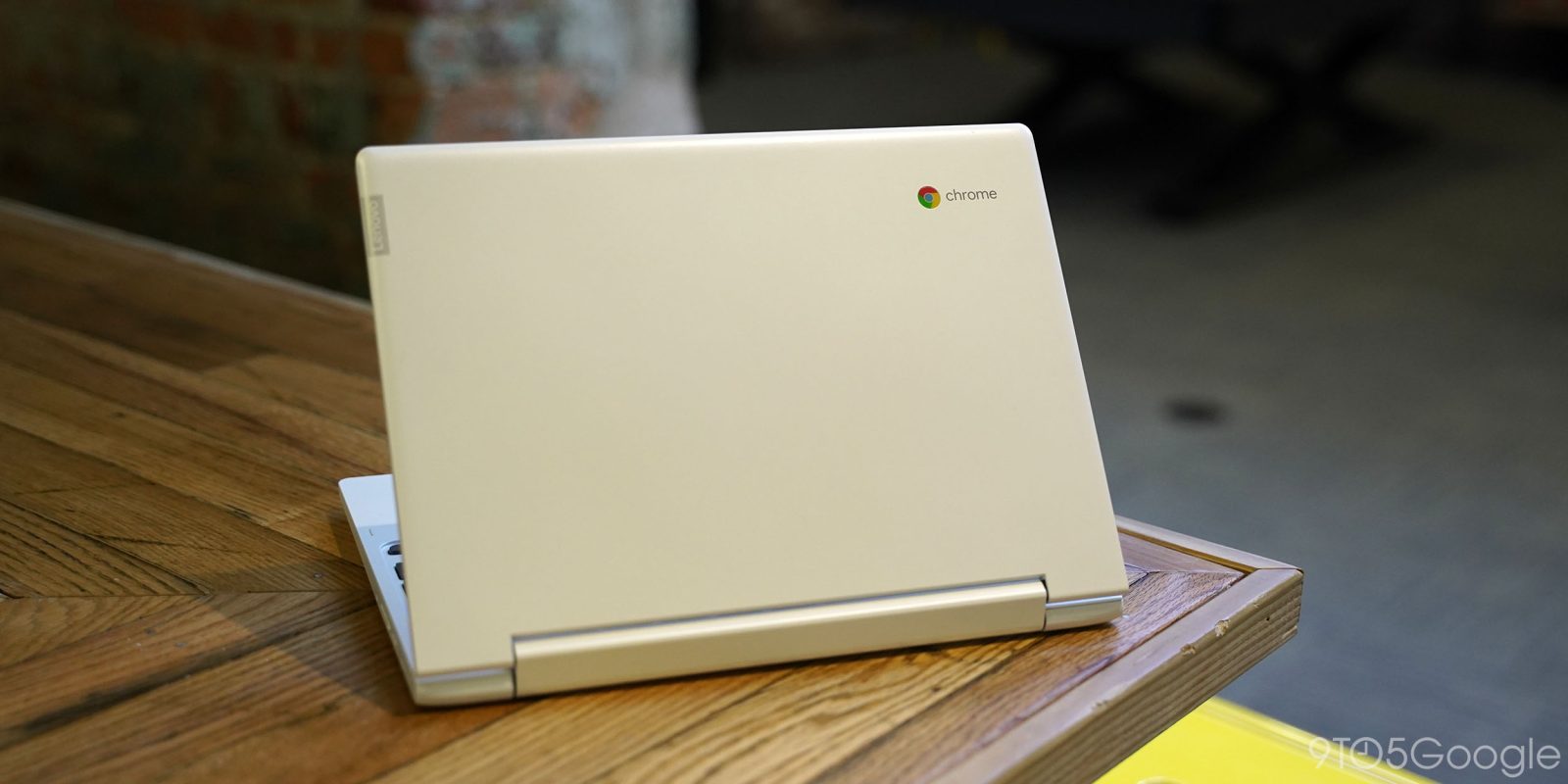 Years ago, Chromebooks were essentially just for those seeking ultra low-cost internet machines. Now, Google’s Chrome OS can be found on more expensive machines that are well worth their cost. If you’re looking to stick with the basics though, there are still options, and the Lenovo Chromebook C330 might be the best one of them all.

Cheap Chromebooks used to be everywhere, and most were pretty solid. I still have fond memories of my Acer Chromebook C720 down to this day. Back then, however, Intel was the best bet for performance since ARM options were typically pretty poor on that front.

In 2019, Intel’s low-end, fanless chipsets are capable for most tasks, but they suffer on Chrome OS when it comes to Android apps especially. To get around that, the Lenovo Chromebook C330 uses a MediaTek MT8173c chipset paired with 4GB of RAM, and it actually runs pretty well given the price point.

I can even have several tabs open at once without issue. My daily workflow here at 9to5 generally includes having a couple of WordPress tabs, Slack, YouTube, other online tools, and often Spotify open all at once. While I’ll encounter lag or reloading issues from time to time, overall performance is just fine under the load. For most users, this machine will power through your typical usage.

Android apps also work very well. The Play Store loads up just fine, and despite their typical usability issues, apps such as Slack work fairly decently too. The game Stardew Valley also runs well on this hardware (with WASD support too!) which is nice to see.

The C330 also supports Linux apps out of the box, but it’s just not a great experience. The performance here takes an obvious hit, so you’ll probably want to use this feature sparingly. It’s really something best used on an Intel-powered machine. 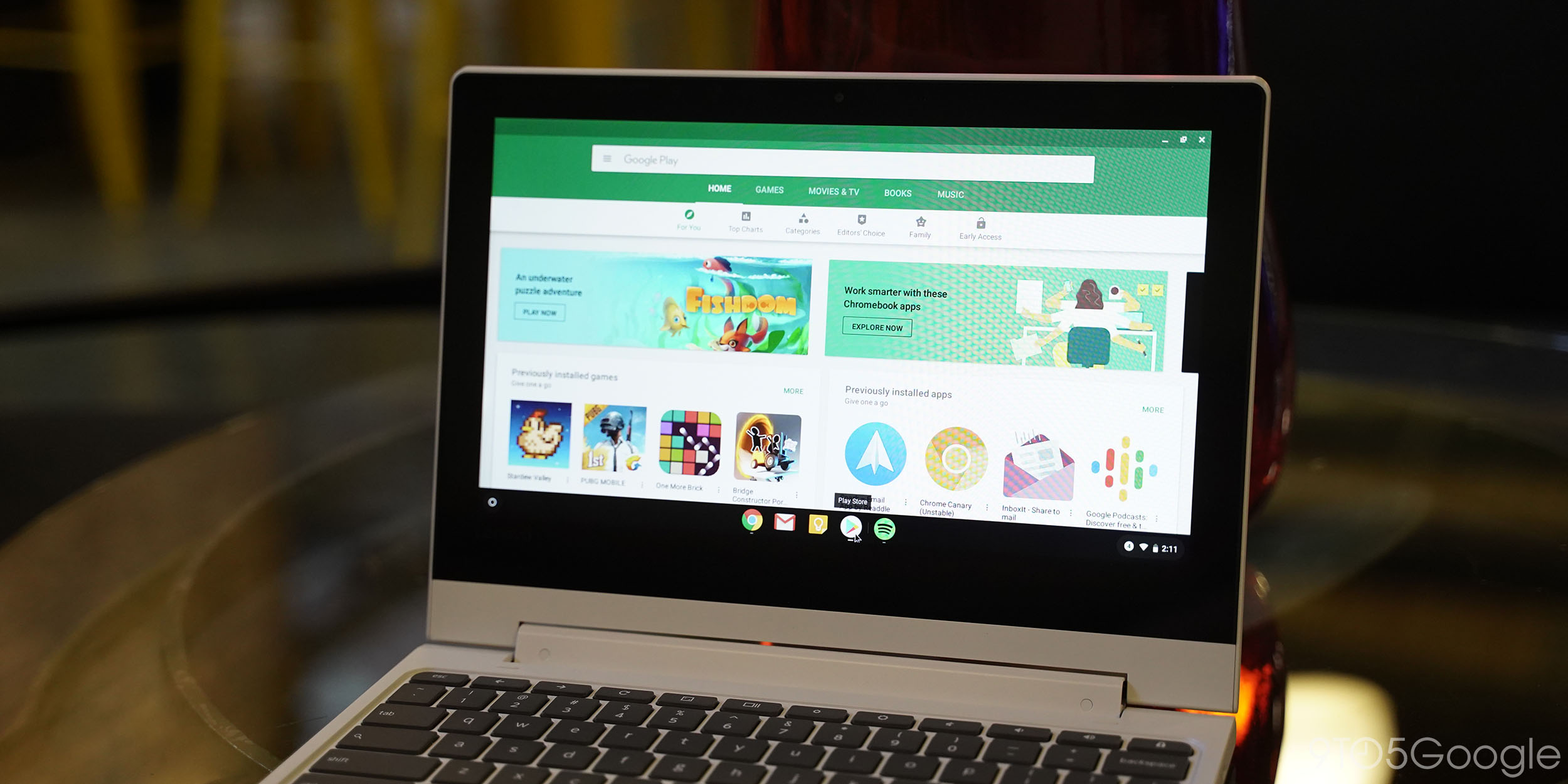 The Lenovo Chromebook C330 also has a shockingly decent display for its price point. The 11.6-inch 1366×768 display is a touchscreen IPS panel which is fairly sharp and gets decently bright. Don’t expect to take this to the park and use it without squinting in direct sunlight, but it handles a brightly lit room or working outside in the shade just fine. Personally, I’m just happy that such an affordable device has an IPS panel.

The touchscreen portion not super responsive in my testing, which is a shame since this is a convertible. The 2-in-1 design on the hinge means it’s easy to flip the 11.6-inch panel from a laptop to a tablet, but more than likely, you’re only going to want to use this for video. 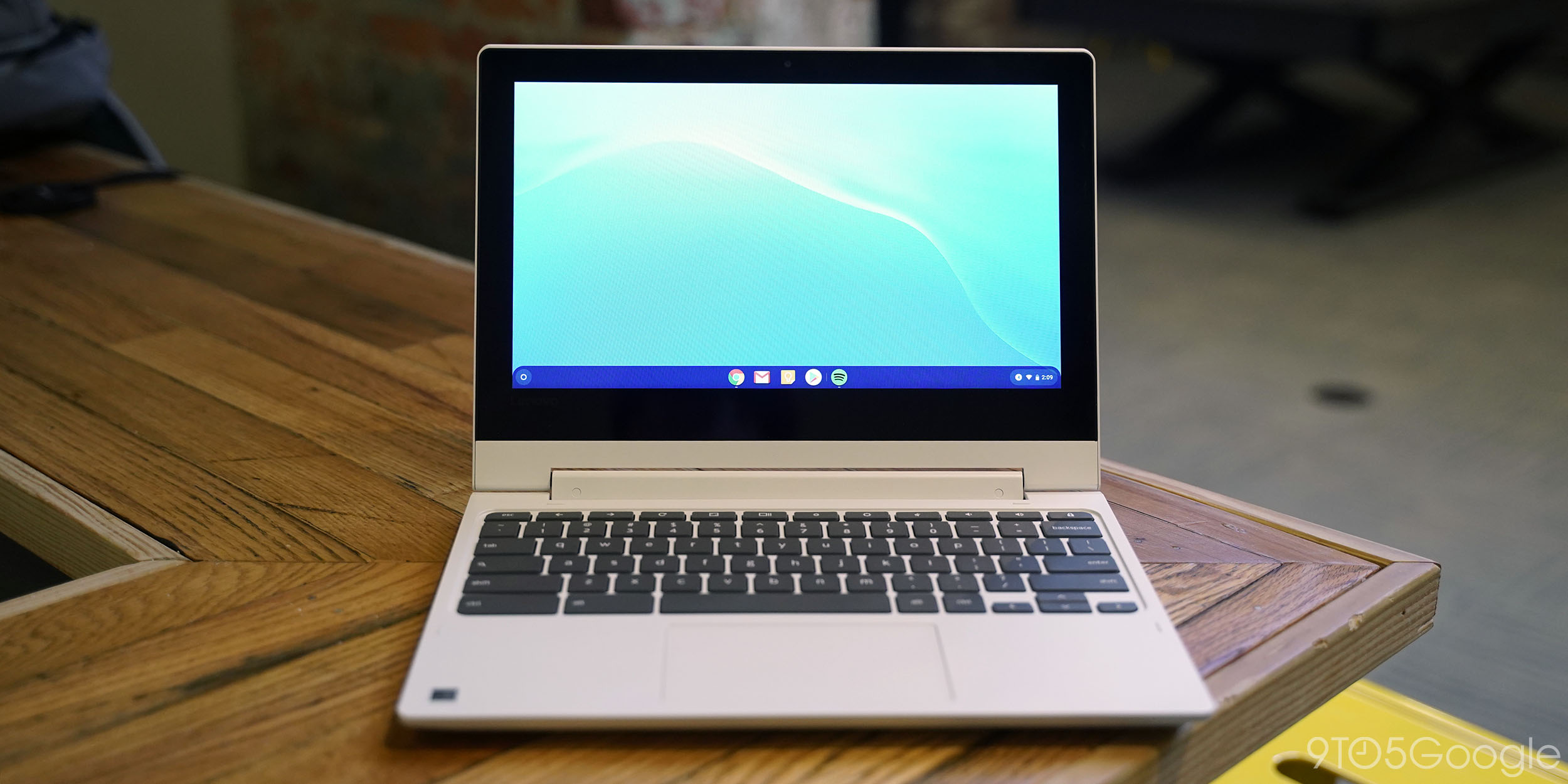 However, using this machine for video exposes one of its big weak points, the speakers. The dual speakers are pretty horrendous. You can’t expect much from a cheap laptop like this, but even for $280, I expected a little more. Over the time I used this machine, I mostly just avoided using the speakers entirely.

That’s a bit of a shame, as the low price point, smaller size, and fairly lightweight 2.64-pound machine could make a solid tablet replacement for many people. That lighter weigh-in is largely thanks to the all-plastic build which is all-white as well. Taking notes from Google’s app designs, the entirety of the Lenovo Chromebook C330 is white with just a Lenovo logo and Chrome logo “decorating” the chassis. That plastic feels quite durable, and while I didn’t damage or stain it at all over a few weeks of use, I’m betting it wouldn’t be difficult to do so.

Along the sides of the machine, Lenovo has decked the C330 with all the ports you could ask for from a budget Chromebook. There’s a full-size HDMI port, microSD card slot, full-size USB-A ports on both sides, and two USB-C ports. Both of those can be used for charging as well as audio. There’s also a 3.5mm headphone jack so you can avoid those awful speakers. 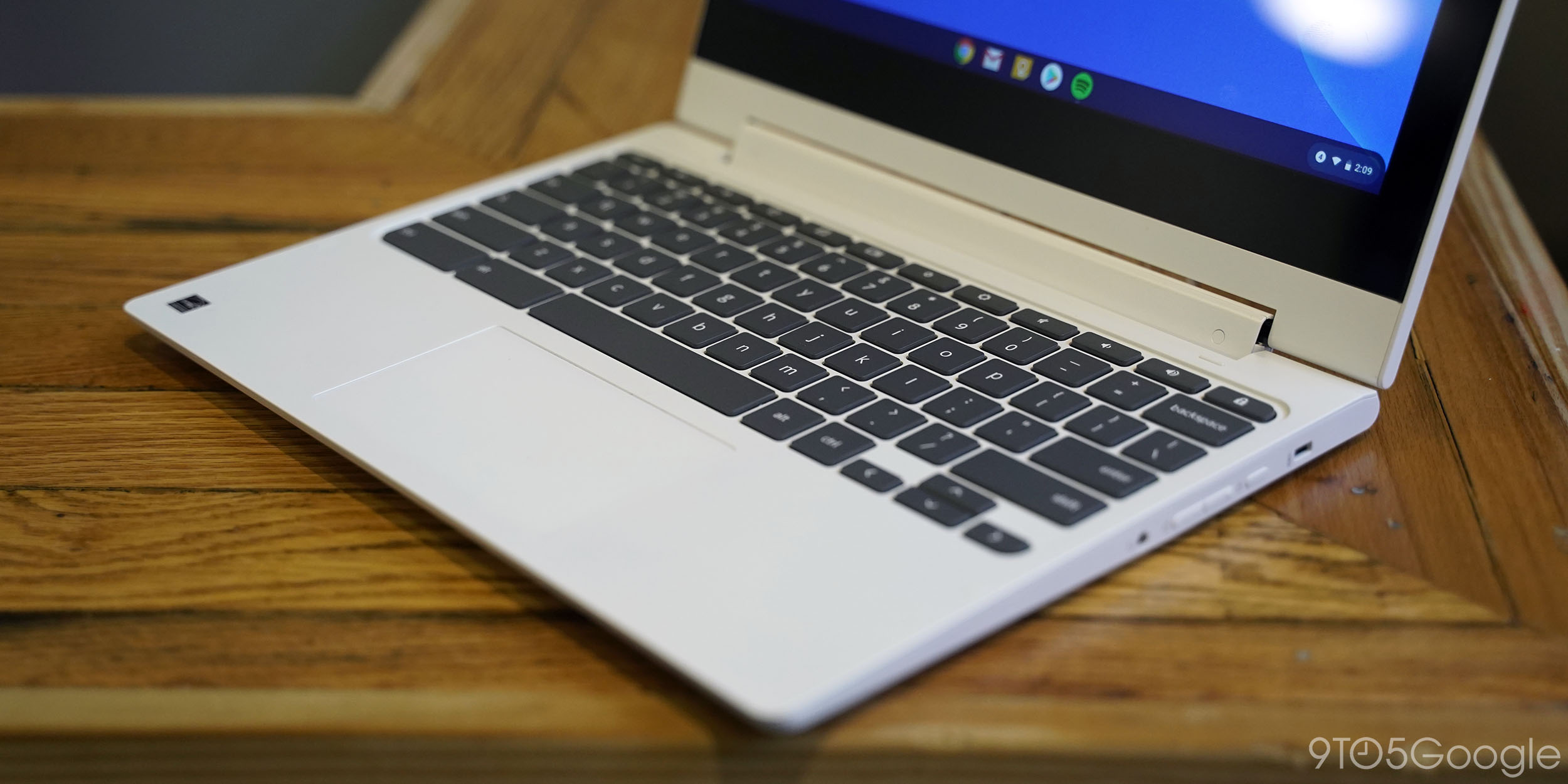 One of the best parts about the Lenovo Chromebook C330, though, is the keyboard. Lenovo almost never fails to impress here, and I think they do small Chromebook keyboards better than anyone else.

The keys themselves are made from black plastic, a nice contrast to the white body, and are flat on top. Key travel isn’t massive, but it’s better than the likes of Apple’s MacBooks. It’s comfortable to type on with good spacing between the keys. I was able to adjust to it in just a few minutes. The trackpad below isn’t anything to write home about, but you could get far worse from machines in this price range. 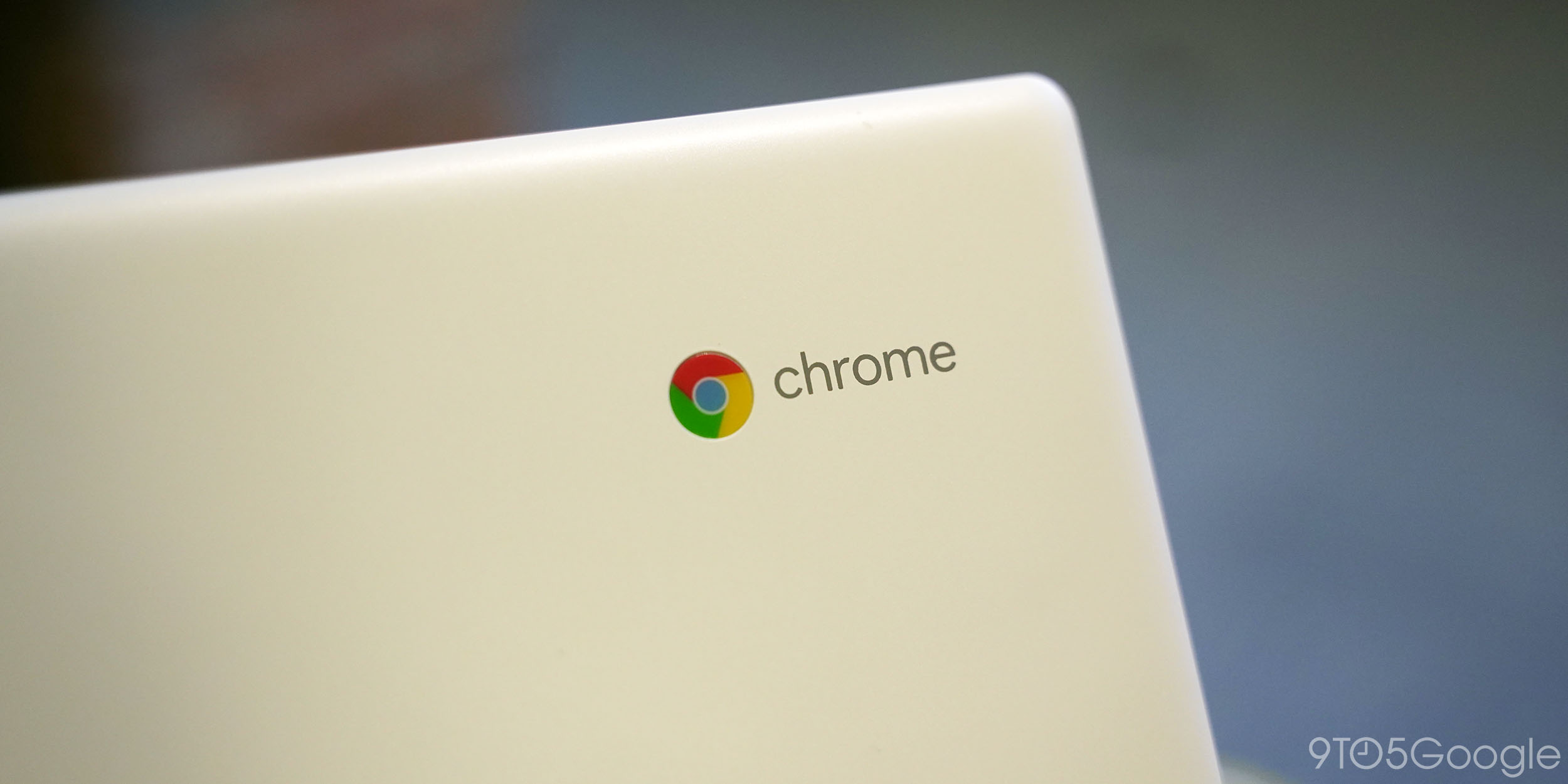 Finally, there’s the battery life. Overall, it’s quite good. The ARM processor enables fine endurance through the day and definitely can hit Lenovo’s claim of 10 hours. I was slightly disappointed with standby time which, once in a while, will just randomly drain in a day though. Overall, you’ll probably be happy with the battery life here, and the fact that USB-C is the charging method is a plus for sure.

Looking at the Lenovo Chromebook C330 on its own, it’s a pretty good machine for most people. However, when you look at the broader picture, it becomes an important device. Low-end Chromebooks have become increasingly more scarce, and at under $300, the C330 literally gives more expensive models a run for their money, especially when it’s on sale (which happens often). At the time of publishing, Best Buy and Amazon both sell the machine for less than $240.

Where to buy Lenovo Chromebook C330: