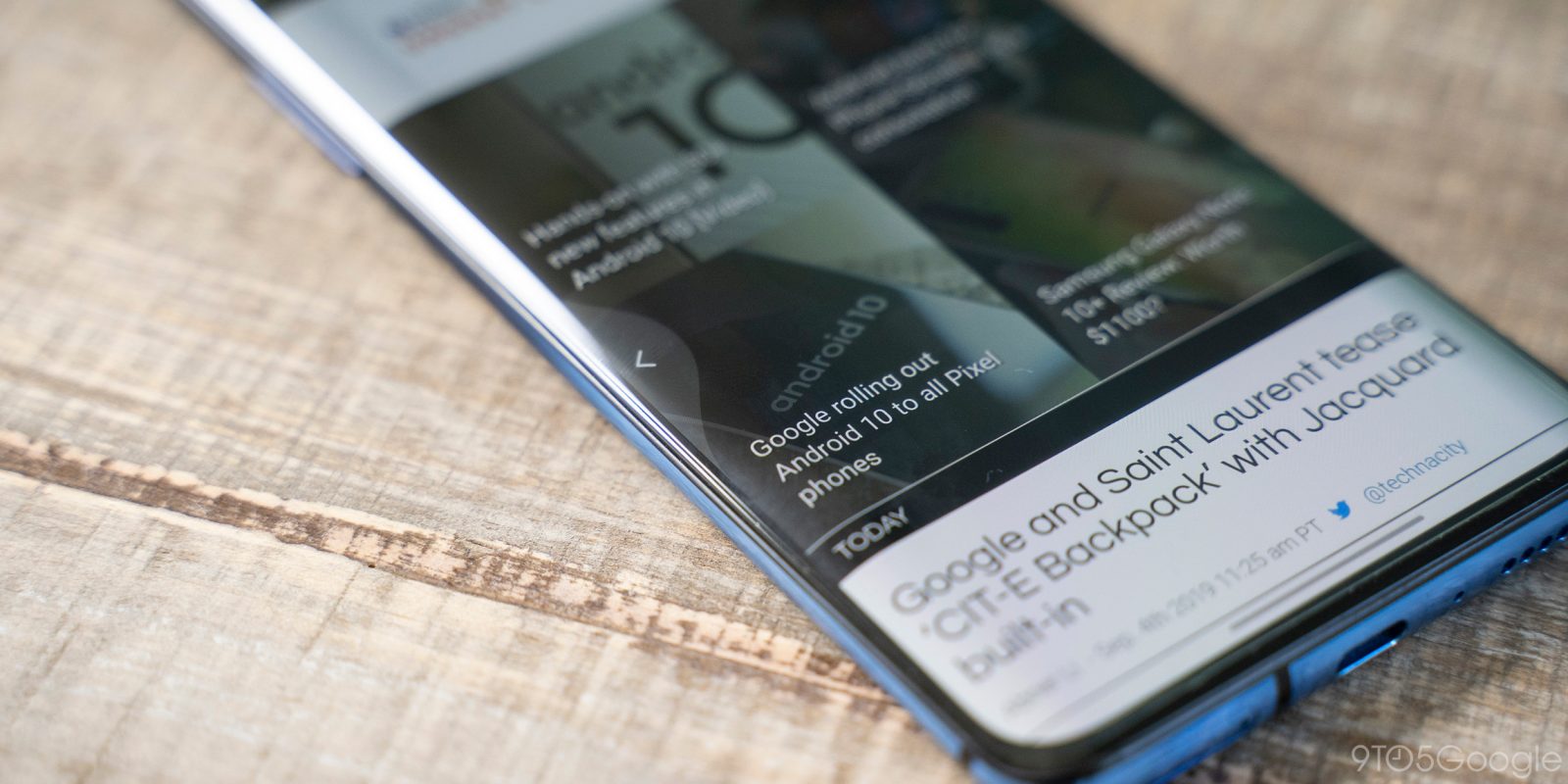 Android 10 just dropped for Google’s Pixel devices yesterday, but ahead of its usual schedule, OnePlus has an Open Beta available. While things may vary a bit before the final rollout, this beta gives us a good idea of what to expect with Android 10 on the OnePlus 7 Pro. Here are a few interesting things we’ve spotted so far.

OnePlus ‘fixed’ the back gesture

Lots of users have been up in arms regarding this change because this disables the swipe gesture to open hamburger menus — a core element of a majority of Android apps. Google has already made its stance clear that this won’t change since the back action is used even more than home and, on top of that excellent reason, the majority of Android users don’t even open the hamburger menu with a swipe.

With some tweaks to Google’s gesture navigation, though, OnePlus made a compromise I personally really like. To “fix” the gesture, OnePlus limits it to roughly the bottom 75% of the display. If you swipe in from the left or right toward the very top of the display, the back gesture isn’t triggered. This makes it much easier to access hamburger menus with a swipe. Notably, Huawei did the same thing with EMUI.

As much as I like this change and wouldn’t mind if Google copied it, I don’t think the company is wrong to keep things as they are. As important as the back gesture is, being able to consistently access it is a good move for the massive number of Android users out there.

There’s a handy volume slider (that Google should copy)

OnePlus also made a change for the sake of usability with Android 10’s volume slider on the 7 Pro. Tapping the settings button beneath the default slider opens up sliders for other types of volume settings.

I first came across this on Twitter, and, frankly, I think it’s something Google should copy directly. Android 10 already pops up a volume panel when you tap this settings menu on Google’s Pixel phones, but having it so easily accessible without covering up portions of the display feels much more native to me. 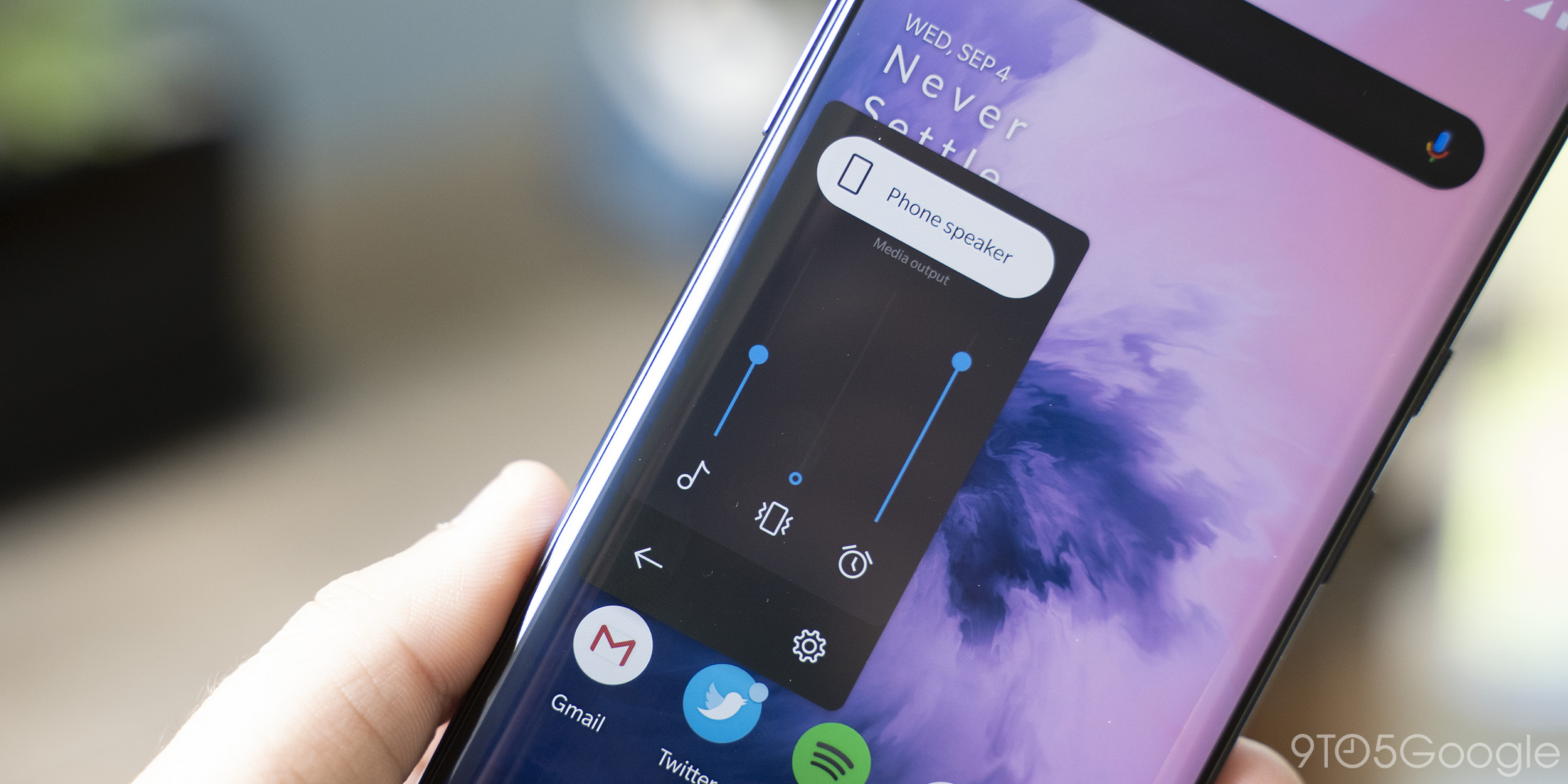 Dark Mode is harder to access on OnePlus’ Android 10

The biggest new feature of Android 10 is its system-wide dark theme, but in this beta, OnePlus weirdly buries the option. On both my Pixel 3 and on an Essential Phone, there’s a dark theme toggle available in the Quick Settings menu. On the OnePlus 7 Pro, however, the popular Android 10 feature is hidden in the Customization settings.

If you go to the Settings app on the OnePlus 7 Pro and search “dark,” the feature won’t even come up. You have to go to Settings > Customization and change the “Preset Theme” to “Nuanced Dark.” The other method is to go to the “Tone” section and switch it to “Dark.” Why OnePlus has opted to bury this option so deeply I don’t understand, but I hope that the company changes that by the time Android 10 rolls out as a stable build to its customers. 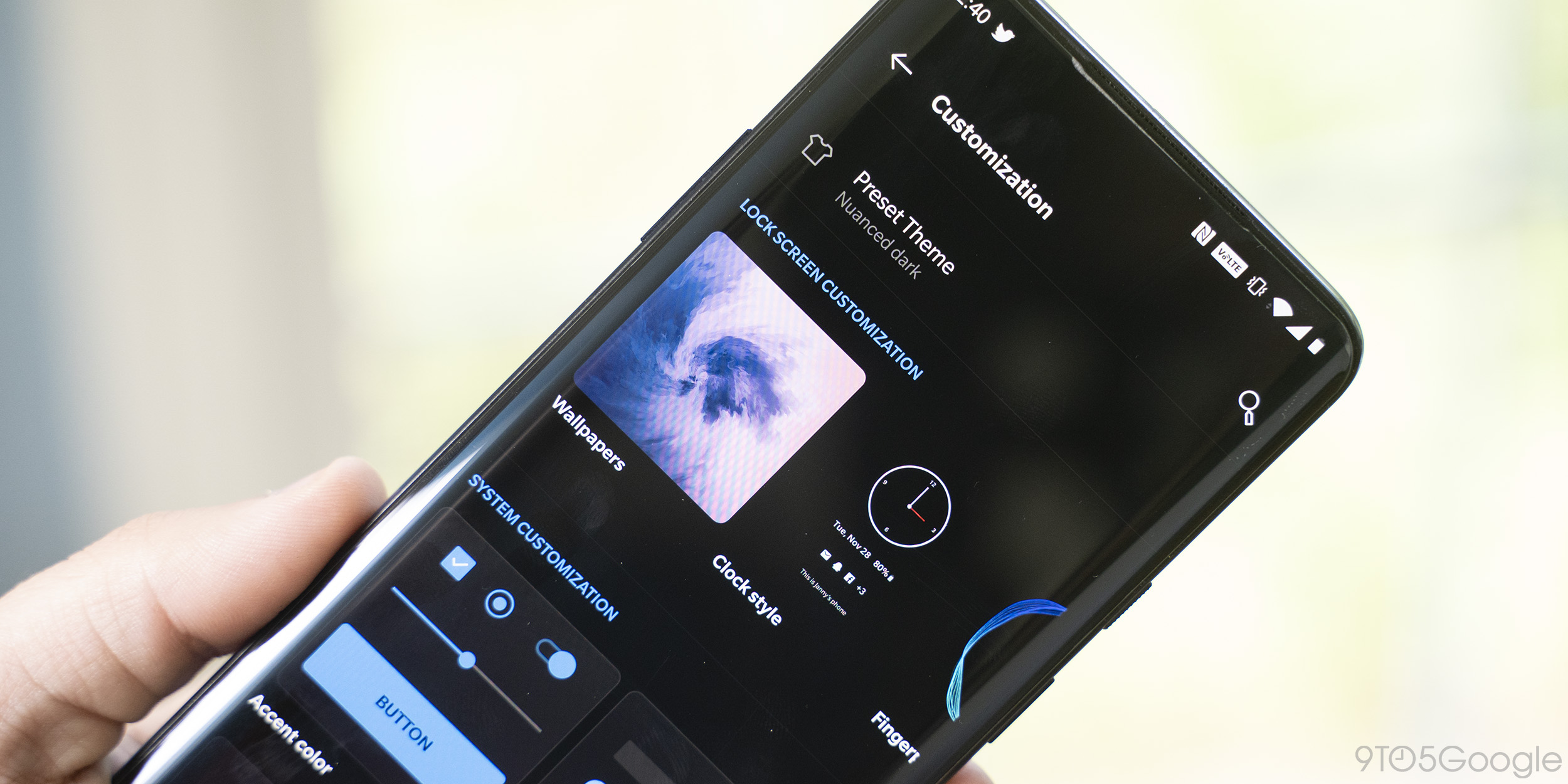 The new “Customization” menu is pretty sweet, but it buries Dark Mode

OnePlus removed the 2-button navigation as an option

Google’s previous attempt at gesture navigation, the “pill,” is dead with the arrival of Android 10. Google said at I/O that it would require the new fully gestural navigation system and traditional 3-button navigation to be on all Android smartphones. However, OnePlus strangely decided to remove the 2-button option from its device.

On Android 10, the OnePlus 7 Pro lacks the 2-button navigation that has been available on the device since it first launched with Android Pie. I’m probably in the minority of liking that system, but it’s strange to me that the company removed it. Generally speaking, features like this aren’t entirely removed from devices because it can change how a user has been interacting with the device the entire time they’ve had it. Notably, both Google and Essential both kept the feature.

RIP “pill,” you will be missed

Aside from these changes I’ve highlighted, there are also some OnePlus 7 Pro changes hidden in the Android 10 update. Those include shooting video with the ultrawide lens, redesigned settings menus, and more. There are also some annoying bugs, like the auto-brightness being completely broken and random app compatibility problems. That’s what happens with a beta, though.