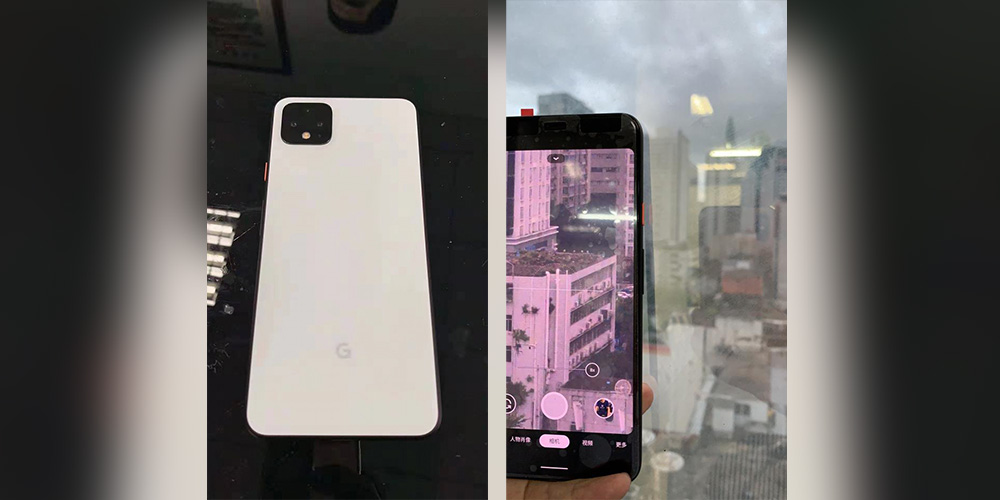 The Google Pixel 4 may not be seeing the same crazy number of leaks as the Pixel 3 did, but the past few days have escalated things dramatically. Today, a fresh look at the camera UI on the Pixel 4 has leaked, which shows off how far it can zoom in, and how much RAM it brings to the table.

Images published by XDA-Developers show off the same white Pixel 4 that first leaked just yesterday. This better look at the device gives us an overall better quality image compared to yesterday’s GIF, but also better shows the black border that will surround the white glass on the rear.

More interestingly, a fresh look at the camera UI is seen here that looks a lot like the one we saw briefly in a recent leak. This time, the phone is pressed up against a window with its zoom maxed out at 8x. Details on this zoom are unclear at the moment, but considering we know the Pixel 4 will offer a telephoto lens on the rear camera, a combination of that optical zoom and the Pixel’s Super Res Zoom feature seem highly likely.

We also exclusively reported this afternoon that, alongside that 8x zoom, new camera features on the Pixel 4 include Night Sight improvements and a new “Motion Mode.”

On top of that, another image confirms that the Pixel 4 will have 6 GB of RAM. We reported that detail about a month ago, but a device information app running on this Pixel 4 in particular corroborates that report.