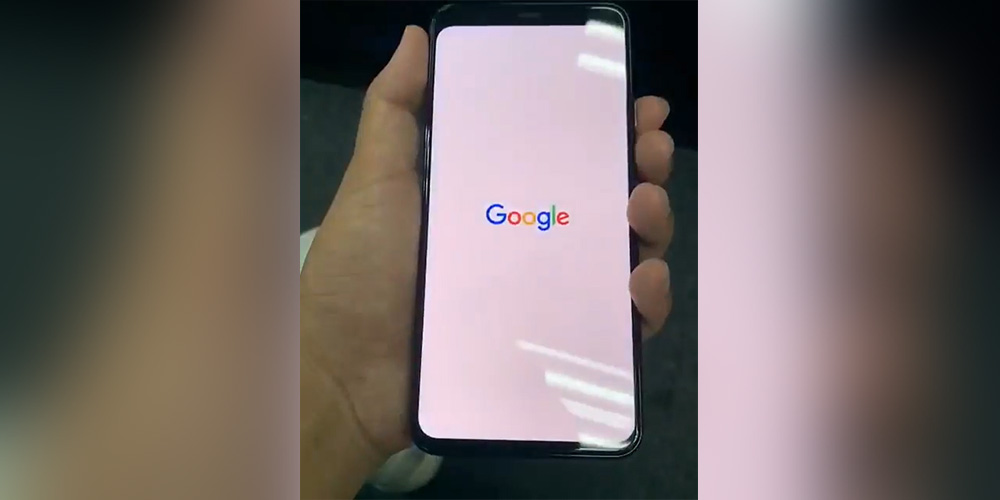 With roughly a month to go until its official reveal, Google’s Pixel 4 hasn’t leaked nearly as much as the Pixel 3 that came before it. Today, another leak of the Pixel 4 provides us with a video of the device showing off every angle.

A video posted to Facebook by a retailer from Malaysia (first spotted by Slashleaks) gives us a good look at what appears to be the Pixel 4 XL. The video shows the device as it is being booted up. The device has clearly had its bootloader unlocked, but it shows the same Google logo that we’re accustomed to seeing.

This also gives us a very clear look at the bezels surrounding the display. In this video, we can see the slightly larger top bezel that houses a camera, speaker, and various other sensors being used for Face Unlock. Further, a quick turn of the device shows off the speaker grills along the bottom and the same power button in white that we saw from Google’s official renders. The back, as we’ve seen in other leaks, is also completely glass with a Google logo toward the bottom.

As always with leaks of this nature, this video of the Pixel 4 should be taken with a grain of salt, but there are no obvious red flags here that we can see. We’ve mirrored the video below on YouTube for easy viewing.