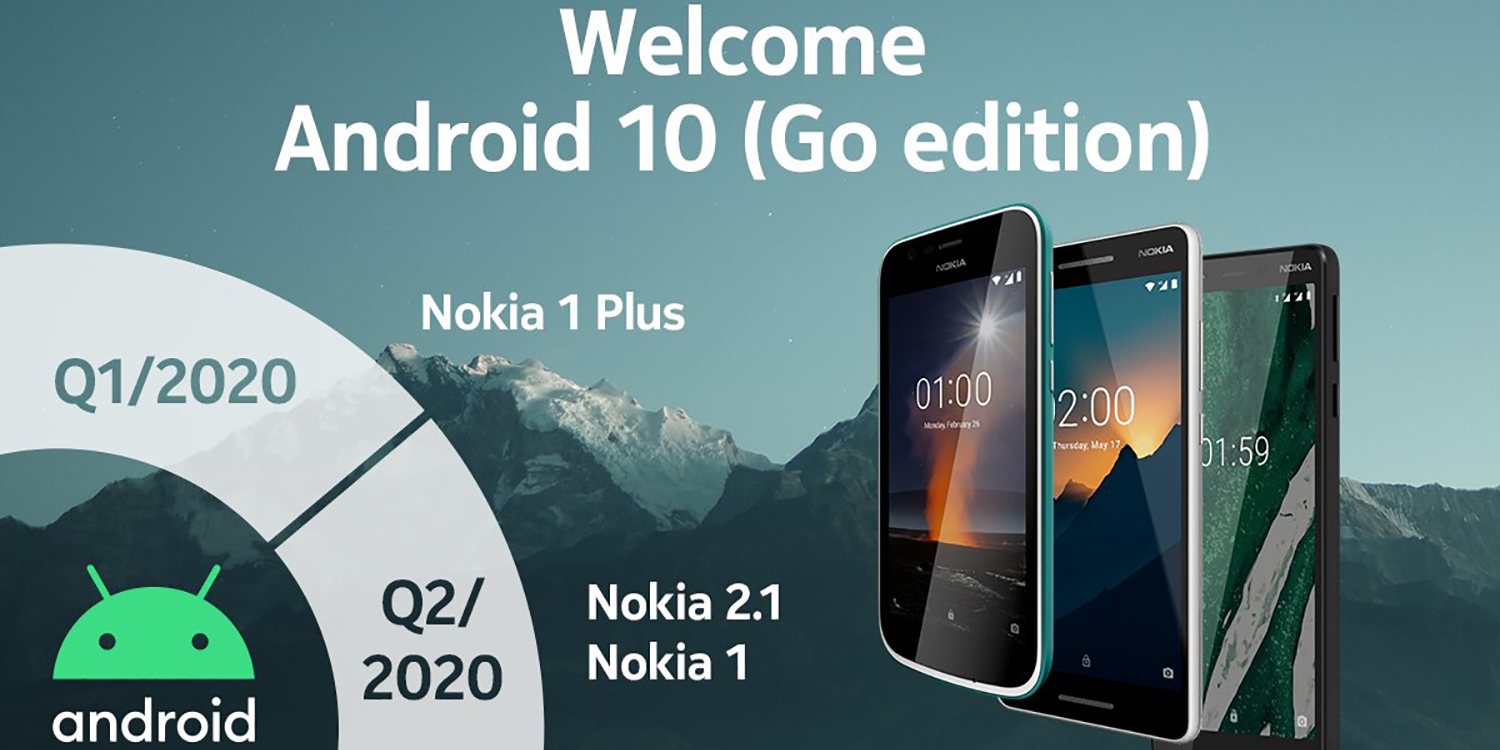 Nokia has committed to providing updates to a series of Android One phones in recent months, but with the release of Android 10 Go Edition, the company head has confirmed that Nokia Android Go devices will get the update starting in Q1 2020.

HMD chief product officer Juho Sarvikas took to Twitter to confirm that the Nokia 1 Plus, Nokia 2.1, and Nokia 1 would all be in line to get the Android 10 Go Edition update.

The current roadmap has the Nokia 1 Plus first up, with an expected Q1 2020 timeframe. The Nokia 2.1 and Nokia 1 are expected to get updated in Q2 2020. HMD has a solid track record of providing updates on time, but that is still a little bit all things considered.

When most of these devices cost under $150, it’s hard to argue with a wait, though. There are tons of $700+ handsets that barely see an update once on the market. All of this further cements HMD and Nokia as one of the best OEMs when it comes to updates — which was backed up by research firm Counterpoint Research.

Entry level smartphone experience should not be a compromise. #Google proves it with new #Android 10 Go edition offering rich experiences with even better memory mgmt, performance & security. We are working to bring them first on #Nokia smartphones 🙏https://t.co/6K9QaYCY2p pic.twitter.com/5jWHrJPV4q

If you weren’t aware, Android 10 Go Edition is said to offer better speed and performance for those with low-end hardware. Google has claimed that app launches can be up to 10% faster than the current Android Pie build.

On the security front, Android 10 (Go edition) adopts Adiantum, a form of encryption built for lower power devices that Google introduced earlier this year. It allows these resource-constrained devices to encrypt data without impacting performance.

The updated Android 10 version of Android Go is set to be released later this fall and will be available on more than 1,600 devices from various manufacturers.