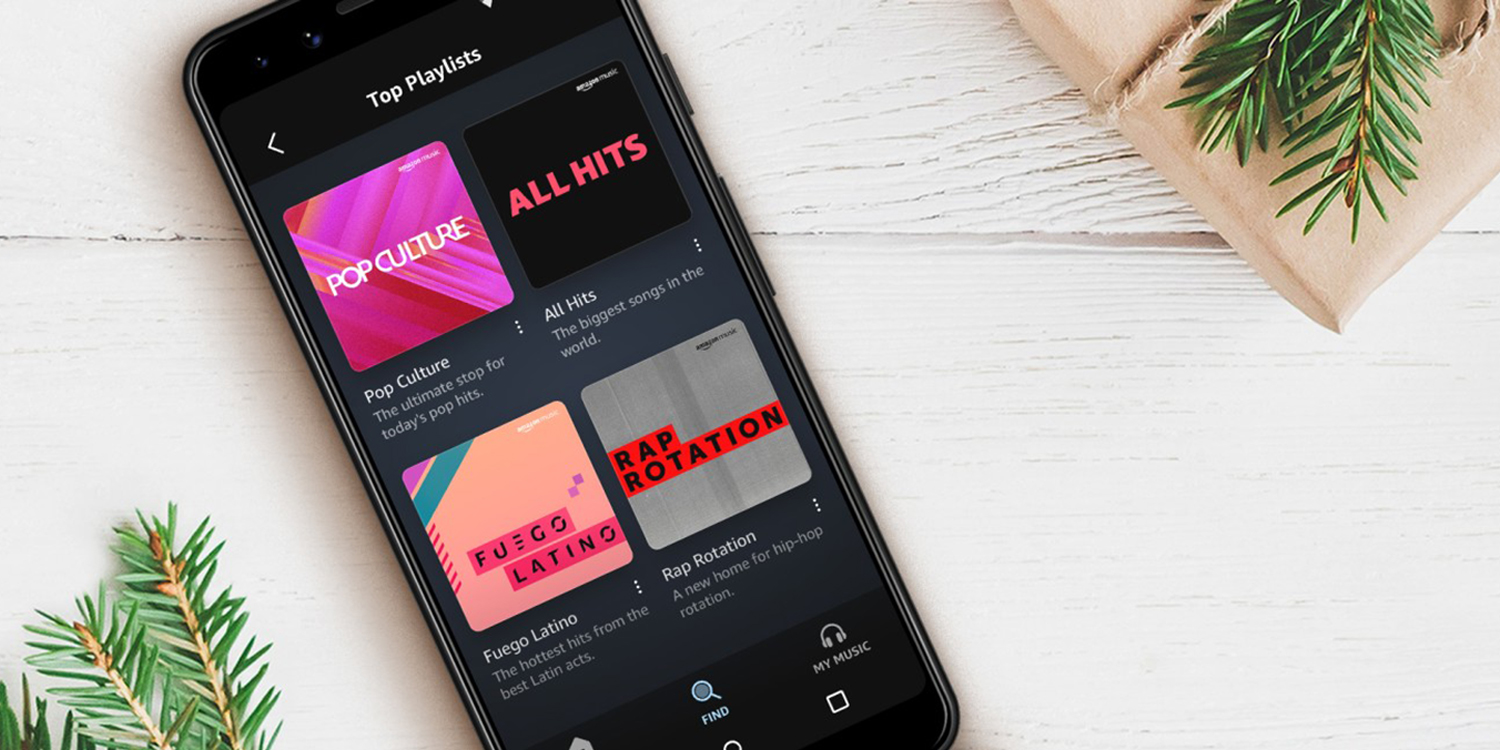 Amazon Music now offers a free streaming tier on Android, iOS, and Fire TV of its popular music platform for anyone in the US, UK, and Germany.

Announced in an official ‘Day One’ blog post, the service is available to anyone, whether they have a Prime membership or not. The plan has been introduced to combat the growth of Spotify’s popular free tier and will be ad-supported with top playlists and stations all available at no extra cost.

Much like the free tier of YouTube Music on Google Smart Displays, you won’t be able to play specific tracks on this free Amazon Music tier. Instead, you’ll have access to popular playlists like All Hits, Pop Culture, Fuego Latino, Country Heat, All ’80s, Ultimate Classical, and Rap Rotation.

If you do try and play a specific song or album, you’ll be prompted to sign up for paid Amazon Music Unlimited subscription — as you do with other similar services from YouTube and Spotify. This also means that offline downloads are prohibited on this free Amazon Music tier.

Free streaming was limited to Echo devices, but this expansion should help Amazon bolster subscribers in the build-up to a busy holiday season. With over 50 million songs available, the library of music is pretty substantial and continues to grow.

To get started, you just need to download the Amazon Music app on your Android device from the Google Play Store. You’re not limited to just Android and iOS either, the free Amazon Music tier can be accessed from a web browser too.