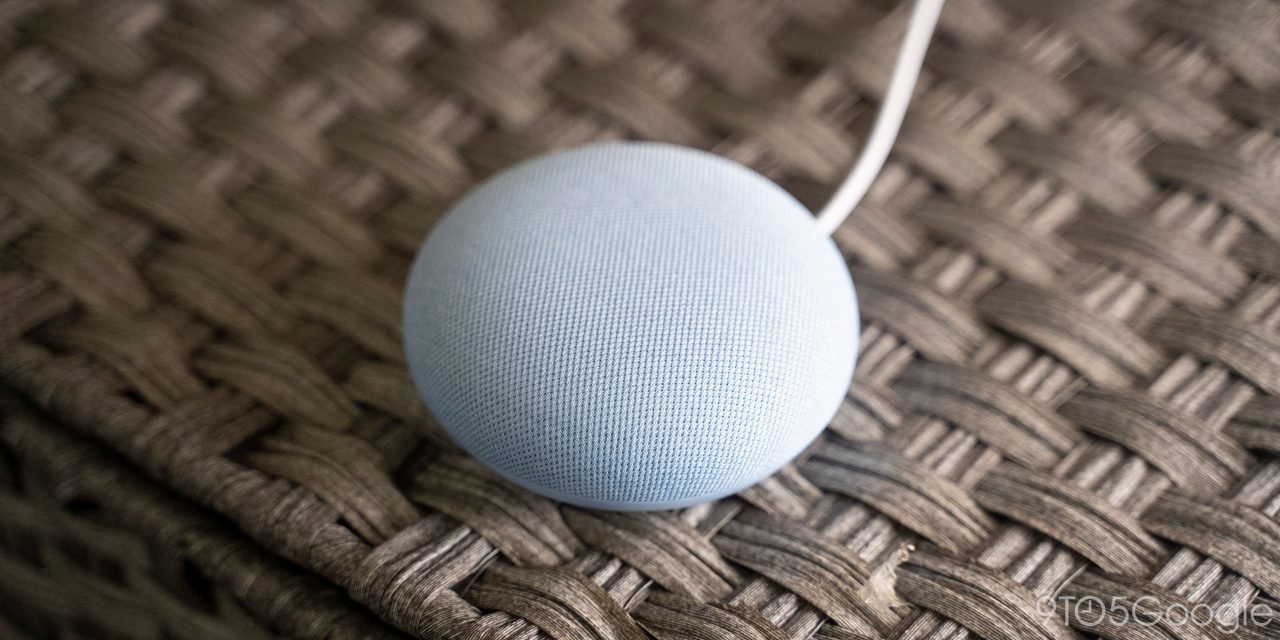 Starting in late November, Google began offering free Nest Minis to users of their Advanced Protection Program, which promises “Google’s strongest security” through physical security keys. This afternoon brings an extension to the previous deadline, which gives users an additional two and a half weeks to refer friends or family.

The previous run of this promotion was live from November 22nd to December 13th, giving users around a month to refer to, order keys for, and enroll their friends and family in the Advanced Protection Program. Just like last time, the rules of the promotion are simple: refer people you know, and if they enroll in Advanced Protection by the deadline you get a free Nest Mini. In today’s email, Google revealed that the promotion was so popular that they had “a temporary shortage of security keys,” causing some orders to fail. As a result, the promotion is now available again for users whose orders couldn’t be fulfilled.

The form to send in a referral can be found here. Once filled out, you can expect a code for a free Titan Security Key bundle (normally $50) to appear in the person’s inbox over the next couple of days. If they enroll in the program by January 6th, 2020, you’ll get a free Nest Mini code (normally $49) on January 10th. Make sure the person you’re referring has an @gmail.com email as well, referrals may not be sent otherwise. 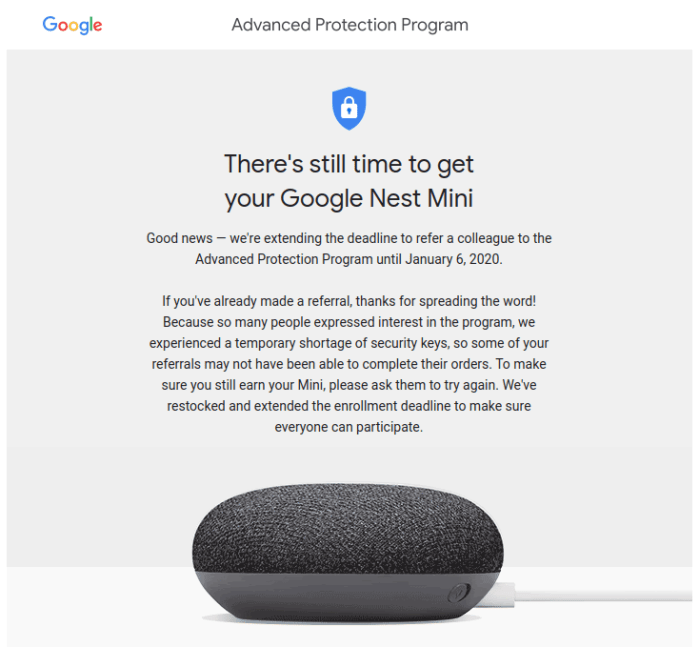 It’s unclear what will happen with referred users who enrolled during the 4-day period that the promotion was off. Nest Mini codes from the previous month were sent out on December 16th, and users whose friends failed to meet the December 13th deadline may be out of luck for this month’s rounds. We hope that these users’ codes will be included in January 10th’s batch, but because it’s a gray area, we can’t be sure.

As a reminder, the Advanced Protection Program tightens the security of your Google account by restricting account access to only Google’s apps (with the exception of Apple’s Mail, Contacts, and Calendar apps on iOS). You will be required to use a Titan key each time you log in on any unfamiliar device, including mobile devices. Enrolling will sign you out of all devices and services as well. To learn more about account restrictions under Advanced Protection, you can visit the program’s FAQ page.