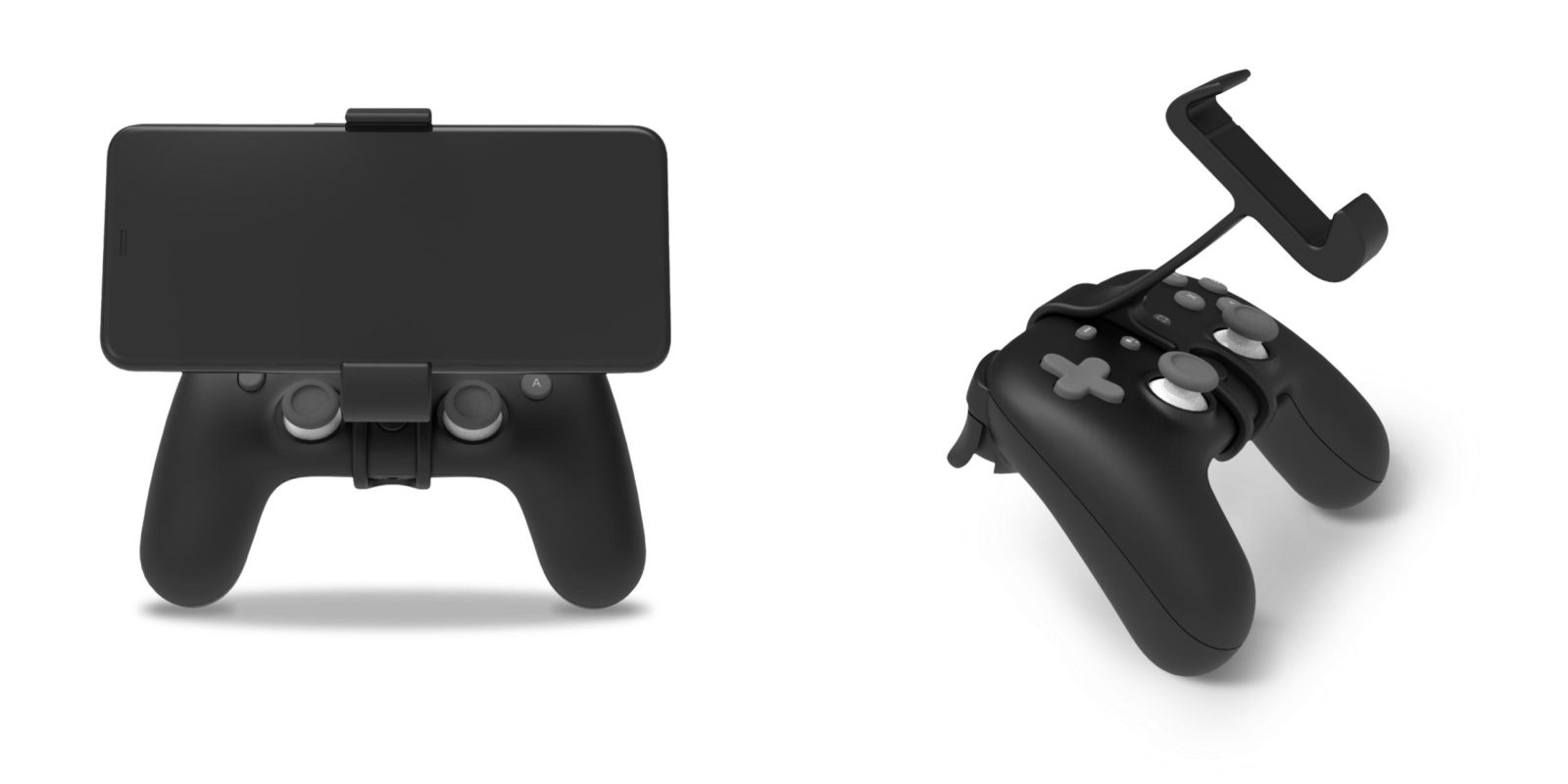 Getting the Stadia Controller Claw has been a bit of a saga. Earlier this week, it went on sale at Power Support before the manufacturer stopped taking new orders. It’s now available on the Canadian Google Store.

Update 12/23 1PM PT: Three days after first appearing in Canada, the Claw is now available through the US Google Store. The earliest ship date is January 3rd with the paid “standard” tier as it does not quality for free shipping.

Update 12/23 4PM: Approximately 3 hours after going on sale, the Claw is already “Out of stock” stateside. This follows both Canadian and the direct supply. There is no option to reserve from Google, but you can do so directly from Power Support.

Update 1/7: Two weeks later, the Stadia Controller Claw is back in stock on the US Google Store. Be sure to read our review of the accessory.

Update 1/8: The supply issue with the Stadia Controller Claw continues as they are now out of stock on the Google Store after going on sale yesterday.

Update 1/27: Two weeks after going out of stock, the accessory is now available again.

Original 12/20: Reports about Canadian availability emerged this afternoon. Unlike the US Google Store that still says “Coming soon,” there is a “Buy” button up north. At $19.99 CAD, it’s just a few cents more expensive than it is stateside ($14.99 vs. $15.20). Those in Canada have successfully placed orders.

The product is not yet available in the United Kingdom, while the US listing first appeared the day of Stadia’s launch last month. Those that ordered on Power Support before the “first shipment sold out” have already received the phone clip. 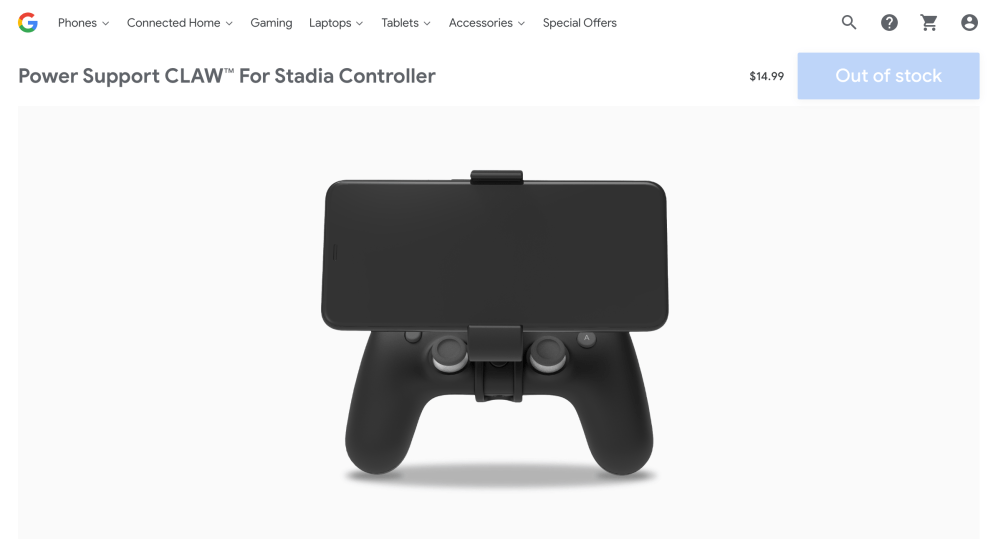 A Made for Google product, the Stadia team designed the original concept of having your phone being right in front of you — versus above the controller. This allows for an ergonomic and balanced design. The Claw attaches over the face of the Controller with cutouts for the Stadia button, USB-C port, and 3.5 mm headphone jack.

Made of plastic, there’s padding in the spring-loaded grip that holds your phone in place. It was designed for the Pixel 3, Pixel 3 XL, Pixel 3a, Pixel 3a XL, Pixel 4, and Pixel 4 XL, but the manufacturer notes how other phones will fit just fine.