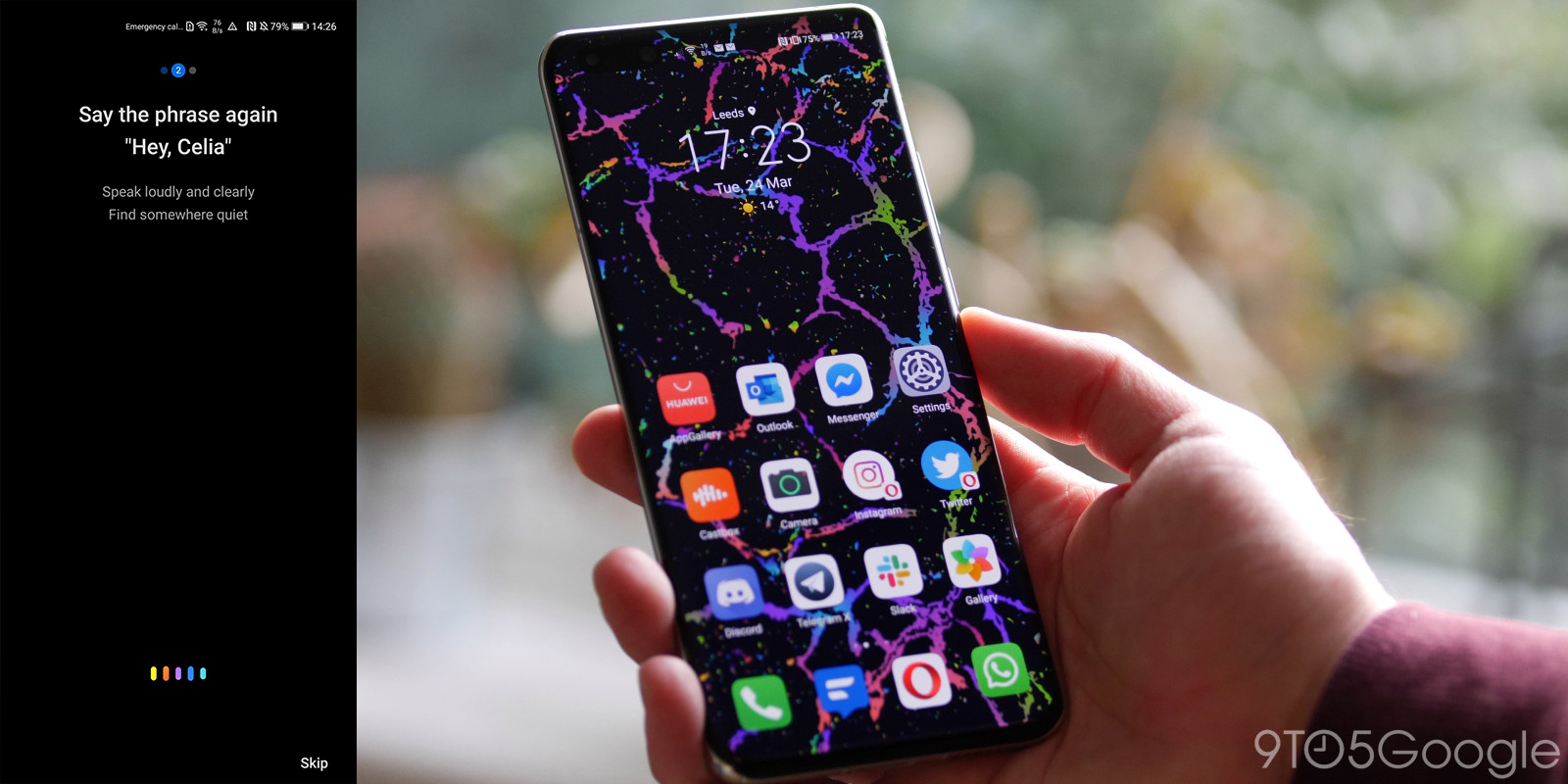 Huawei just launched its P40 series of smartphones and, as expected, it ships without any Google services. That includes the loss of Google Assistant, so Huawei created its own voice assistant by the name of “Celia,” with the unintended consequence of also waking nearby iPhones.

In an effort to fill the gap left by Google Assistant, Huawei’s Celia has the ability to recognize commands in English, French, and Spanish. Celia is designed entirely for the Western market that, without Google apps, would otherwise lack a voice assistant on their phone entirely.

As it stands today, Celia is pretty similar to the early days of Google’s voice commands or Apple’s Siri. That means that, essentially, it can respond to queries about the weather, commands to start phone calls or send text messages, set calendar reminders, play music, and even perform translations. There’s also an AI camera element that can do things such as identify foods and estimate the number of calories. Over time, Huawei has mentioned the assistant may add more features and appear on devices aside from smartphones.

On top of that functionality, Huawei has also included a “Hey Celia” wake word. This works just like, “Hey Google” or, more accurately, like, “Hey Siri.” In fact, those two are so similar that some have noticed that the voice assistant actually triggers Siri on nearby iPhones. Avi Greengart mentioned on Twitter that anytime “Hey Celia” is said aloud, it will trigger Siri on any nearby Apple devices.

Without Google Assistant, @huawei
is adding "Celia" voice assistant in English, French, and Spanish. Capabilities are limited, but I can confirm that when you say, "Hey, Celia," Siri will respond on any nearby Apple device. #HuaweiP40

Eventually, Huawei will update some of its other smartphones with this voice assistant. This will come as part of EMUI 10.1 on other devices, though we’re not sure if it will exist alongside Google Assistant on some of Huawei’s older devices that still have Google apps installed.