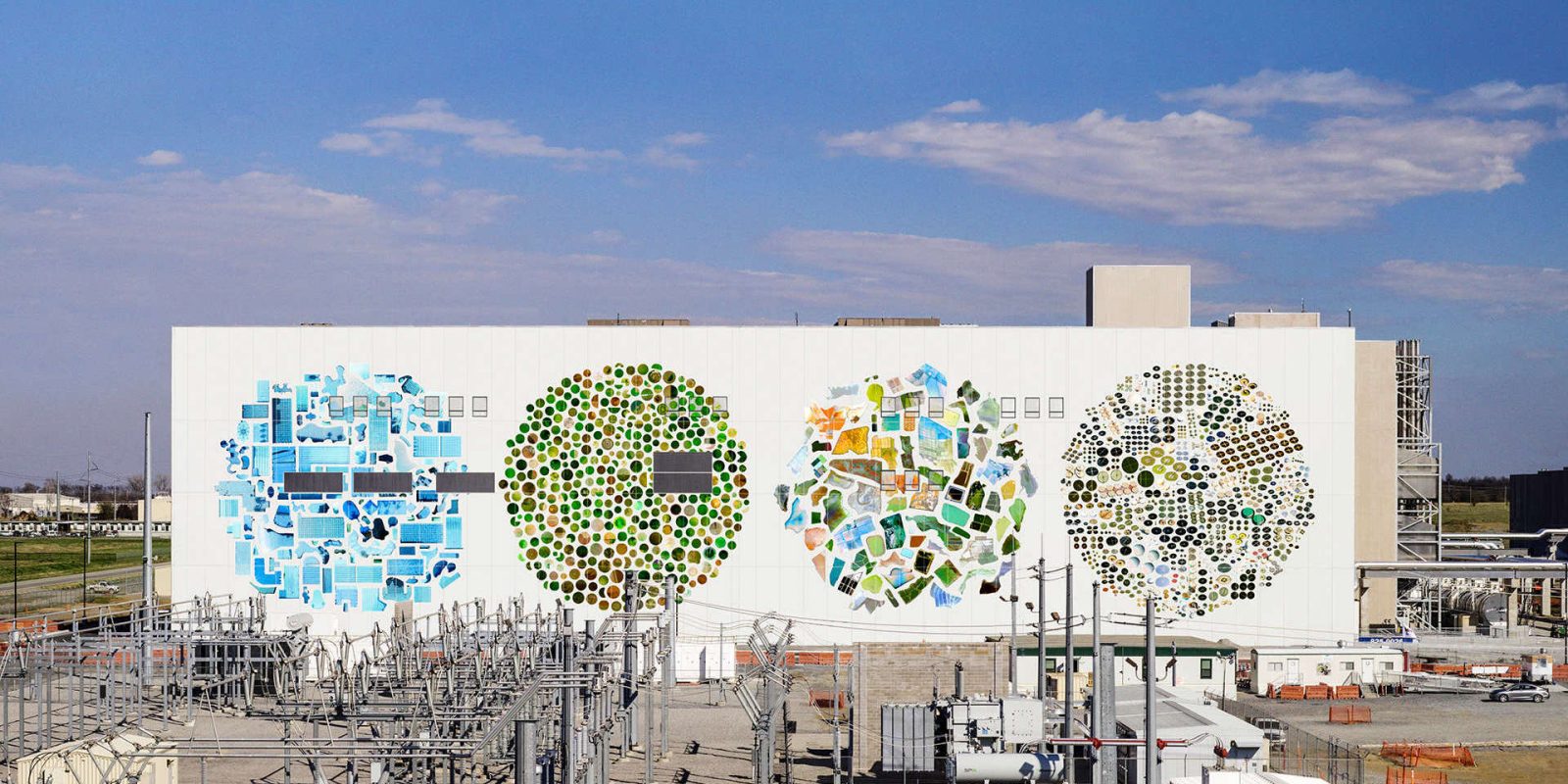 Google has been purchasing 100% renewable energy for the past three years, with the end goal of having its data centers be 24×7 carbon-free. To achieve this, the company is implementing a carbon-intelligent computing platform that factors processing urgency and how much solar/wind energy is available.

Some compute tasks related to Search, Maps, and YouTube need to be performed around the clock. Others — like creating new filter features on Google Photos, YouTube video processing, or adding new words to Google Translate — are less critical, and can be time shifted to when low-carbon power sources are readily available. For example, wind at night and solar during the day.

Data from our pilot illustrates how the new system shifts compute from our baseline (dashed line) to better align with less carbon-intensive times of the day — such as early morning and late evening (solid line) — when wind energy is most plentiful. Gray shading represents times of day when more carbon-intensive energy is present on the grid. 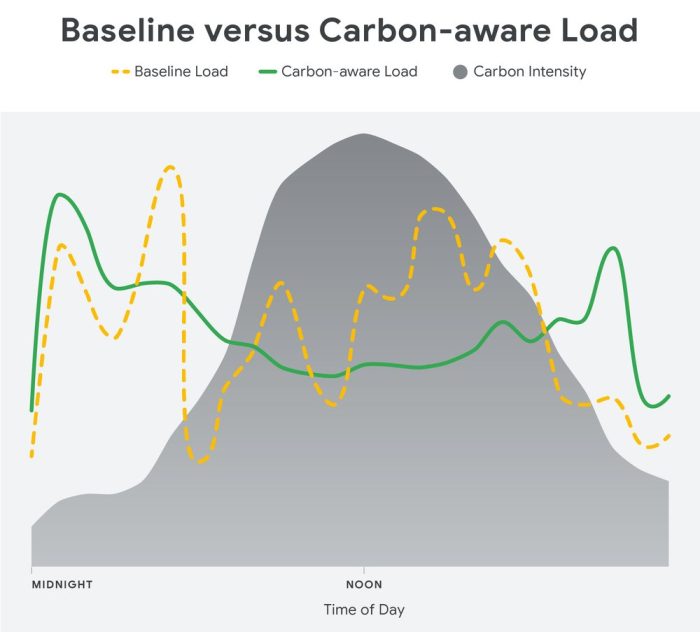 According to Google, this carbon-intelligent computing platform does not require additional hardware and there is no impact to the performance of apps and services. Rather, it works by generating two forecasts daily and comparing to optimize hour-by-hour guidelines

One of the forecasts, provided by our partner Tomorrow, predicts how the average hourly carbon intensity of the local electrical grid will change over the course of a day. A complementary Google internal forecast predicts the hourly power resources that a data center needs to carry out its compute tasks during the same period.

The first version of this system works within a data center, but looking forward Google wants to “move flexible compute tasks between different data centers.” This will allow more work to be completed in an environmentally friendly manner. Google plans to publish its methodology and global rollout results in upcoming research publications to encourage wider adoption.