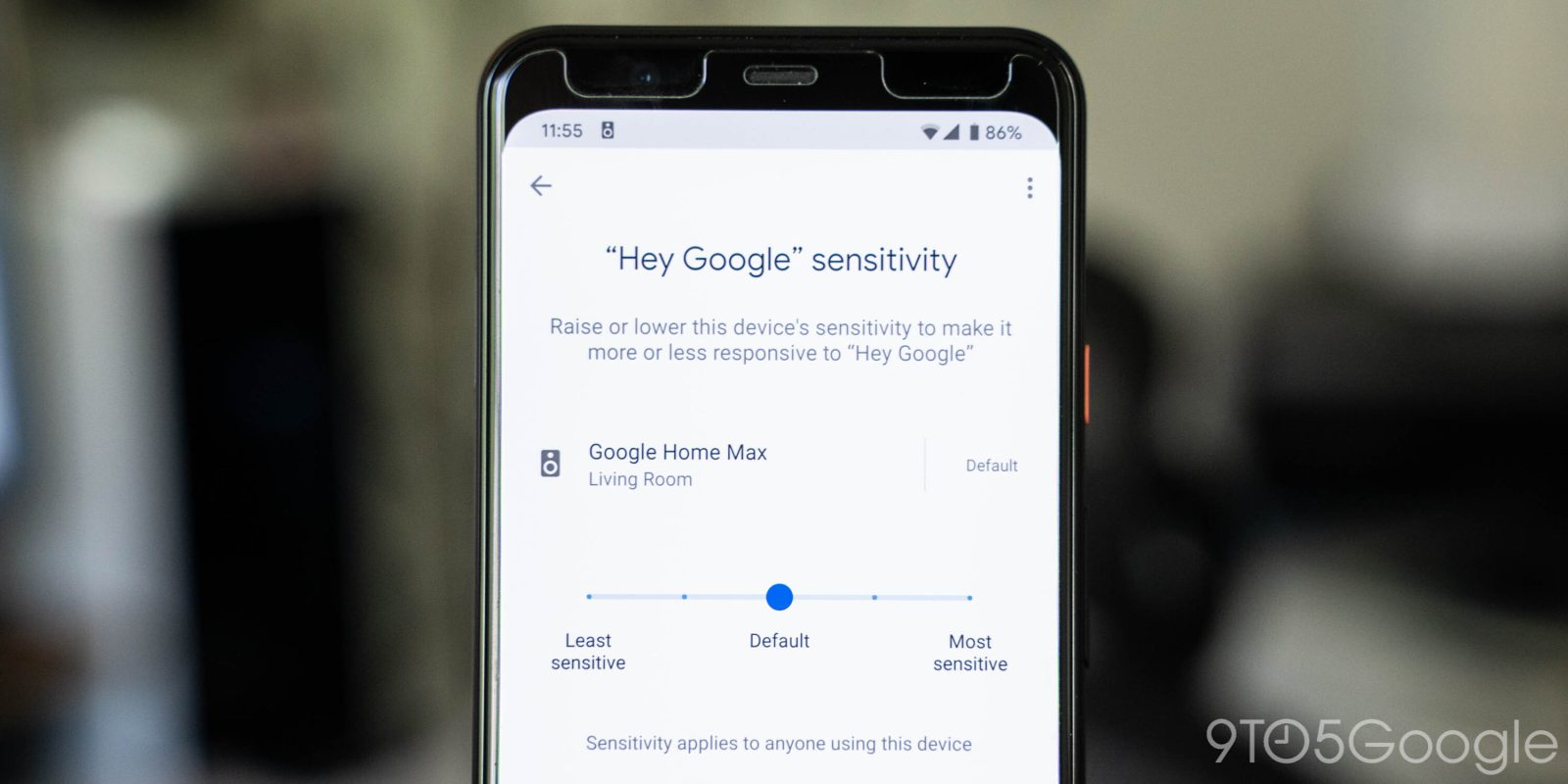 Last week, Google announced that the highly-awaited ability to control “Hey Google” sensitivity was beginning to roll out. As of today, the new setting is more widely available for first and some third-party Assistant speakers and Smart Displays.

Since their debut in 2016, the accuracy of microphones on Google Assistant devices has always been a contentious topic. For some, their speakers and Smart Displays never hear them, while others are annoyed by Assistant accidentally turning on.

Google’s answer to this problem is letting you customize how sensitive each device is to pick up “Hey Google” or “Ok Google.” Increasing the sensitivity will make your device more likely to hear the hotword — which is useful in noisy environments while lowering is recommended for those that have their too many accidental activations by phrases that sound similar to Hey/Ok Google. The latter settings also double as a privacy feature.

There are two ways to access Hey Google sensitivity. On Android, you can visit the Google app > More tab > Settings > Google Assistant > Assistant tab > “Hey Google” sensitivity. Another option is opening your device in the Google Home app, clicking the settings gear in the top-right corner, and scrolling down to the “More” section.

You’re then presented a slider with five increments from “Least sensitive” to “Default” to “Most sensitive.” The page notes that “your device’s sensitivity may change over time as Google makes updates to improve quality.” You can also “Adjust more devices” from here, with each item in that list noting what the set level is.

At the moment, most Google Home and Nest-branded speakers and Smart Displays are compatible. The Nest Wifi appears to be the exception, while the setting works for a Lenovo Smart Display and JBL Link Bar that we checked. On incompatible devices — like the Belkin Soundform and Lenovo Smart Clock currently, there is a “this feature is not yet supported on this device” message.

Hey Google sensitivity started more widely rolling out in the past few days, but it’s appearing on all accounts that we checked this morning.