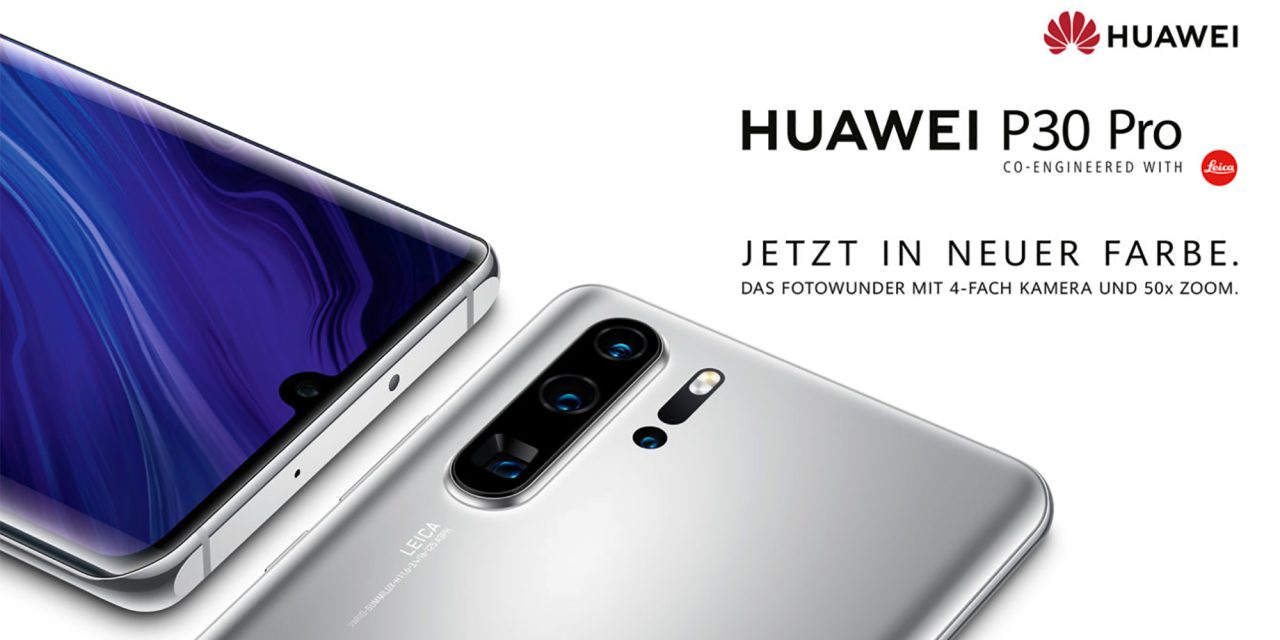 Huawei is re-releasing the firm’s last Google-supported flagship with a fresh lick of paint but the same internals in the form of the P30 Pro New Edition.

Given the issues of releasing an Android smartphone in Western markets without direct Google Play Store access, this refresh looks like a way for Huawei to maintain customer mindshare within European markets. The “limited” device was listed on the German Huawei website and will come with the FreeBuds 3, and discount code for the Watch GT 2.

While the Chinese firm is intent on building out its own Huawei AppGallery, until it has reached maturity, one can be under no illusions of the uphill struggle to convince people to switch completely. By offering the Huawei P30 Pro in a range of new colors — and slightly lower entry price — it might be a way to cling to market share within the region.

The Huawei P30 Pro New Edition is very similar to the Mystic Blue and Misty Lavender options released at IFA 2019. Like those models, the 2020 update simply gives you three new colors to choose from: black, Silver Frost, and Aurora. The Silver Frost has been lifted directly from the recently released P40 Pro, but this new version will not be offered in the original colorways.

We expect the internals to remain identical to the original model. That means the P30 Pro New Edition will rely on the Kirin 980 chipset, 8GB of RAM, and will come with 256GB of internal storage — which can be expanded by the proprietary Nano Memory cards. You still get a 4,200mAh battery and quad-camera setup complete with 5x optical zoom.