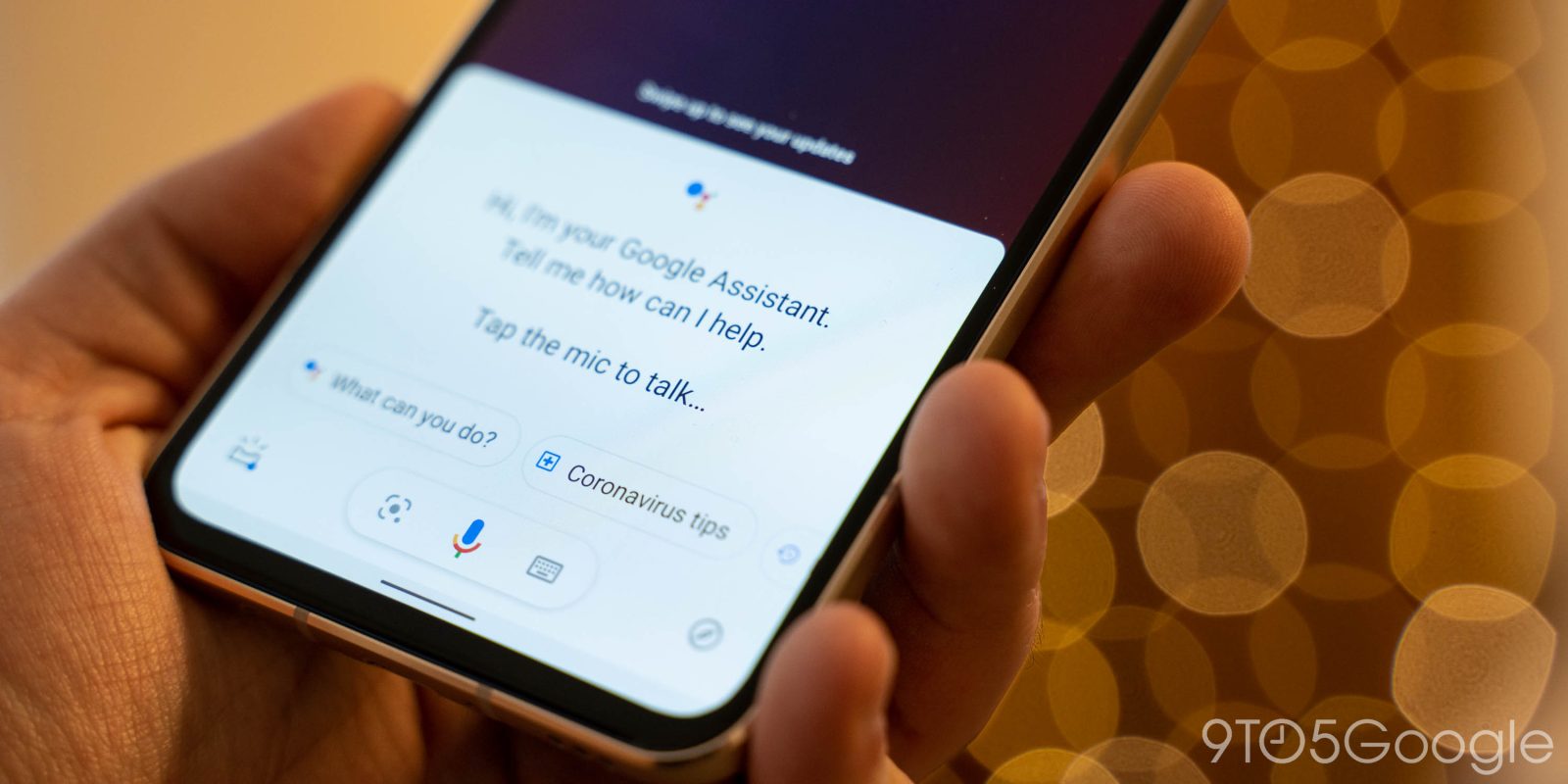 The latest Google app beta (version 11.9) rolled out yesterday evening and includes work on a new “Bell Schedule” feature. Due to a bug, some users have lost the Google Search and Assistant dark themes with this update.

Update 5/13: A day later, the lost Google dark themes have been restored for many users this afternoon. Following a server-side switch, the setting should be back in its usual location.

In addition to Search, the Google app is responsible for Assistant and Discover. Android 10 devices were the first to gain a dark theme on all three experiences last October, with older phones and tablets on the beta version following in February.

The dark mode issues in Google app 11.9.14 vary, but affected users have lost the Theme preference previously located under the More tab > Settings > General. Normally the penultimate item in that list, users can select “Light,” “Dark,” or “System default.” The latter follows the Dark theme quick setting or other OS-level scheduling options.

Some with the dark theme enabled have been automatically reverted to the bright default again with no way to change. Others that have the lost the Google app preference can still activate it using the system-level switch. This issue does not affect Google Podcasts, which has its own theme setting. 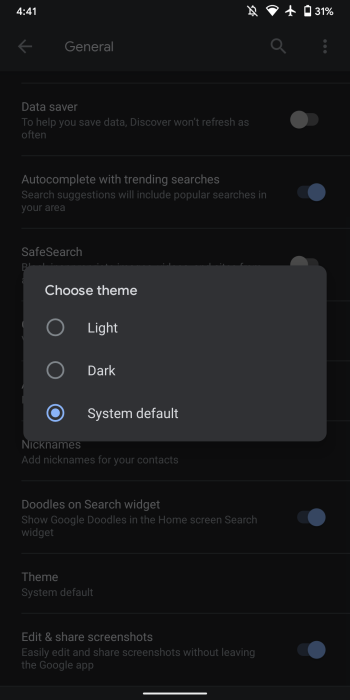 This issue is particularly affecting those on the Android 11 Developer Preview. However, our DP4 devices are not currently impacted. On Android 10, the issue looks to be widespread on non-Pixel phones, though — again — not all users have lost the Google app dark theme.

Since this issue emerged with the latest beta, it will likely be fixed in the next 11.9 release and not hit the stable channel.