Google brings Play Store dark theme all the way back to Android 5.0 with manual setting 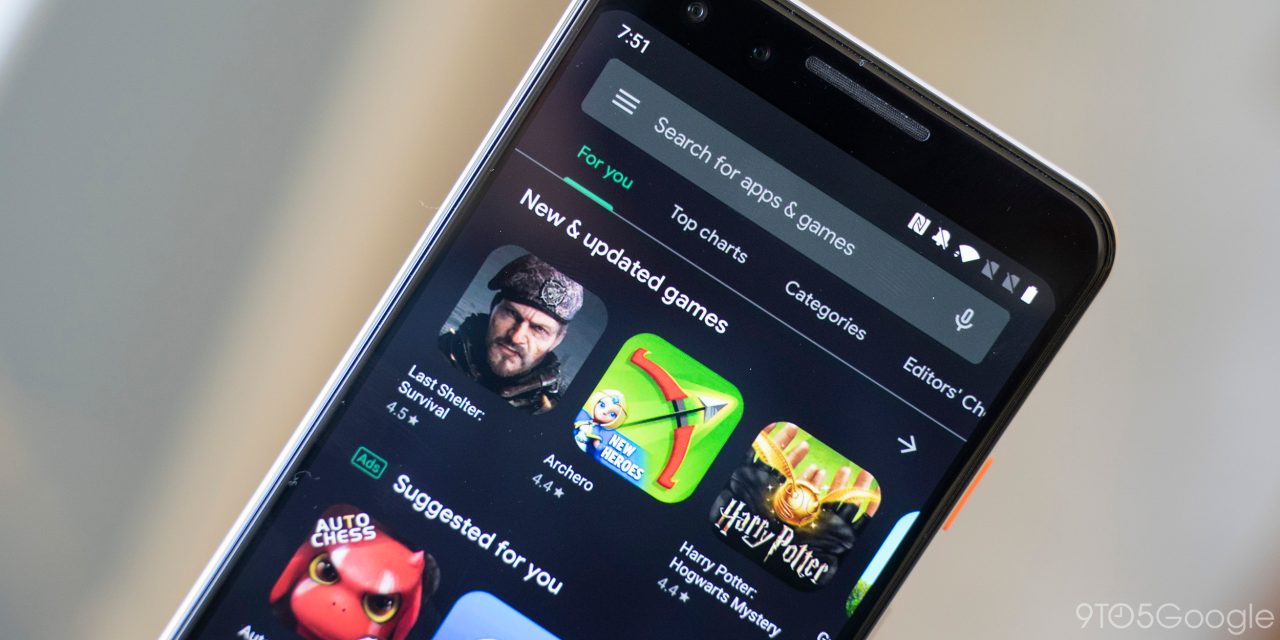 After rolling out to Android 10 devices last October, the Google Play Store’s dark theme is now available for “any” phone and tablet going back to 2014. This wider launch also comes with a preferences menu to manually set the look.

The darker look for Android’s app store is quite straightforward with an inversion of the predominantly white background that sees the section accents (green for Games and Apps, red for Play Movies & TV, blue for Books) adapt. This includes the main feed, navigation drawer, and bottom bar, while the search bar uses a lighter shade. As we previously noted:

Compared to the previous stark background, apps that make edge-to-edge use of rounded square icons really pop. The same can be said of screenshots and other promotional content. Section headers are white, while smaller text and Material Theme icons opt for gray. This dark theme makes browsing editorial content, app listings, and other text-heavy pages in the app easier on the eyes.

Today’s change sees more than just the latest versions of Android get the dark mode. All devices from 5.0 Lollipop will be able to take advantage of this night-friendly look.

All users also benefit from a manual “Theme” menu in Settings. “Light” and “Dark” join “System default” — or “Set by battery saver” on older versions of the OS. This allows Google Play’s appearance to be set independent of Android’s system-level dark look if you prefer having those differ.

📢📢 #DarkTheme on Google Play is now available on any @Android device! Flip the switch from ⚪ ➡️ ⚫ in your Play Store settings. pic.twitter.com/fR0W1WT6jd