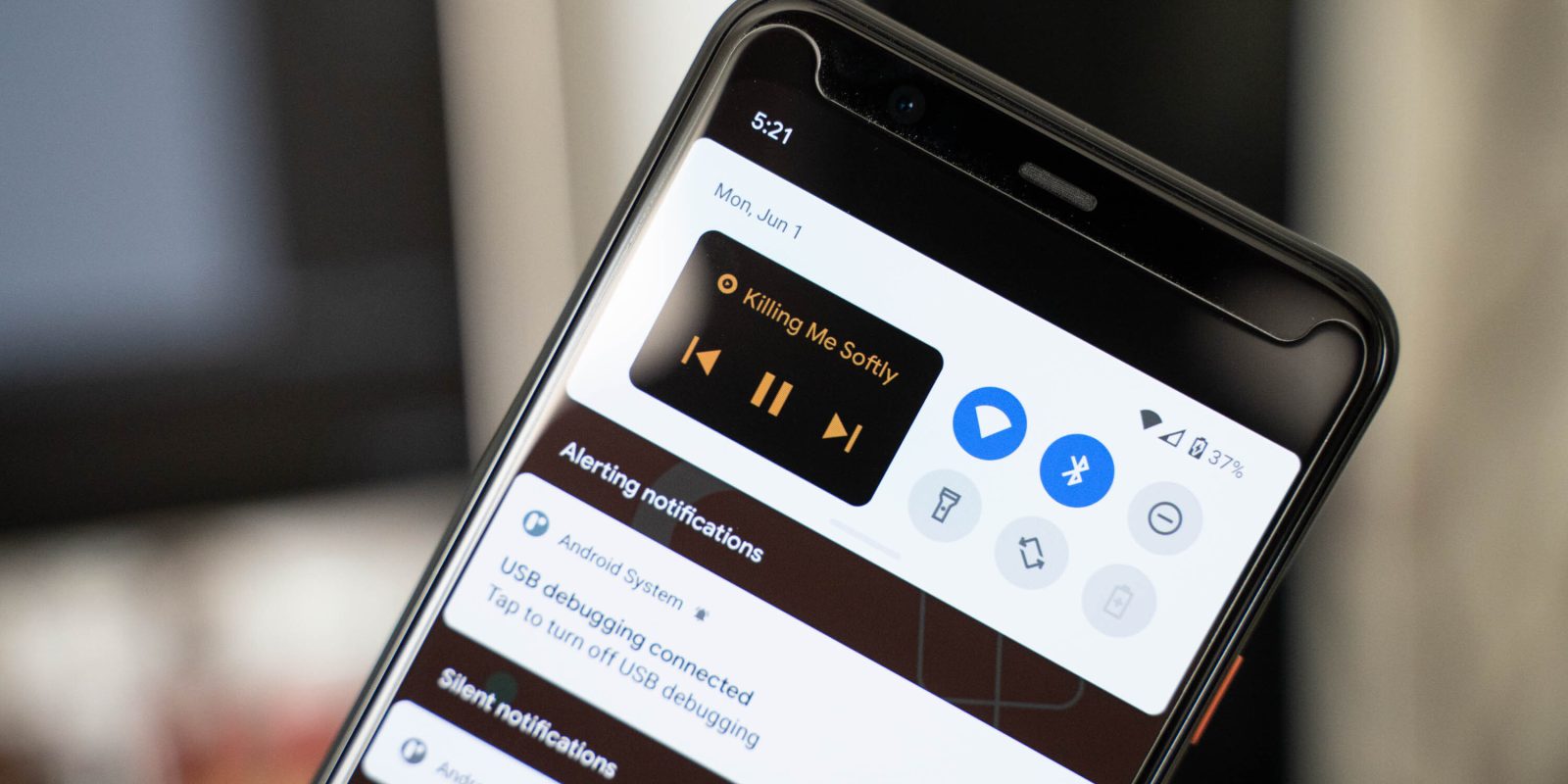 The leaked build of Android 11 Beta 1 has shown that the move to give media control notifications their own special location in the Quick Settings menu is now becoming official.

The Android 11 Beta was originally intended to launch this week before being postponed. Our Abner Li has all the details of what went down, but suffice it to say that a build of Android 11 Beta 1 made it out into the wild today, and Mishaal Rahman of XDA has been able to get ahold of a copy and look for new details. One such detail is a new setting in the Developer Options menu.

With this setting enabled, any app like Spotify or YouTube that would normally create a notification with media controls now appears in a dedicated spot in Android’s Quick Settings menu. Since we first looked at it in Android 11 Developer Preview 1, Google has moved this spot to the left-hand side of the Quick Settings menu when minimized, and to the top when fully opened.

Debatably, the most useful part of the change is the much larger access to the option to switch what device your media is playing on, such as switching from playing on your phone to casting to a Nest speaker.

For now, unfortunately, we can’t be sure whether this will continue to only be part of Android’s developer options, or if it will be given a proper launch when Android 11 arrives later this year.

These new Quick Settings controls are just one of many ways that Google is working to clean the notification shade with Android 11. For example, it was briefly possible to dismiss notifications that weren’t previously dismissible like those from the Android system. Similarly, Android 11 revamped the UI that divides your notifications into varying degrees of importance.