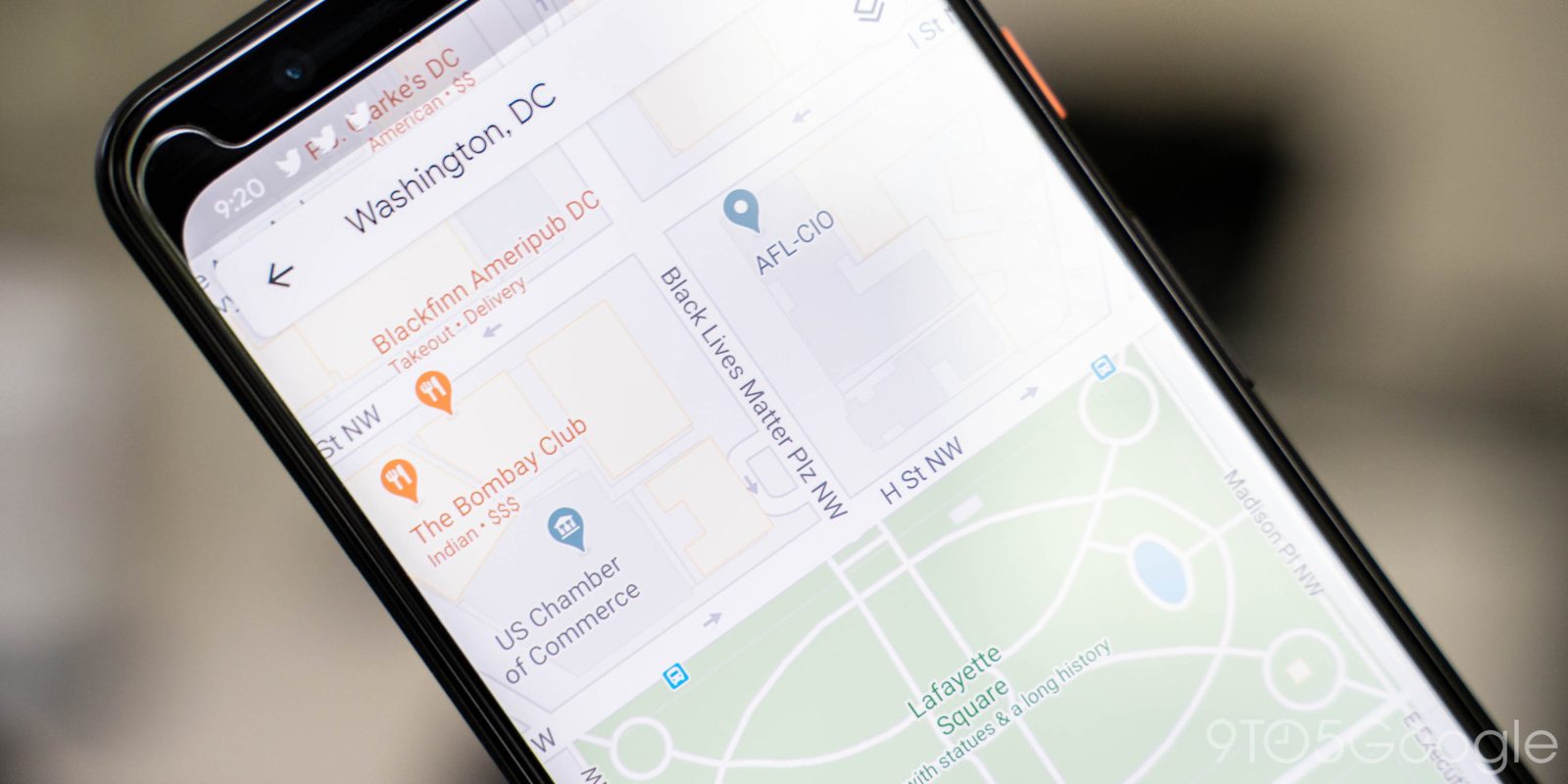 The past couple of weeks in the US and the world as a whole have seen protestors speak out against racial inequality following the death of George Floyd in Minnesota. One area where protests have been especially present is in the nation’s capital, Washington DC and now, Google Maps has renamed a portion of 16th street as “Black Lives Matter Plaza.”

Washington DC Mayor Muriel Browser officially named the portion of 16th street which is directly in front of the White House “Black Lives Matter Plaza” just a few days ago. That street has seen protests for several days at this point with even a gigantic painting of the words “Black Lives Matter” being put on the street itself.

To reflect that change, Google Maps has already updated that portion of 16th street as “Black Lives Matter Plaza NW.” It’s a small change, but one we’re glad to see the platform making so quickly. Notably, this change wasn’t just made within a few days of the official rename, but within just hours as one user first pointed out on Twitter.

Notably, though, Google Maps has yet to update its satellite imagery over the street to show the recently-painted mural. That’s something that Apple Maps did over the weekend as our colleagues at 9to5Mac pointed out. Hopefully, Google will do the same soon. 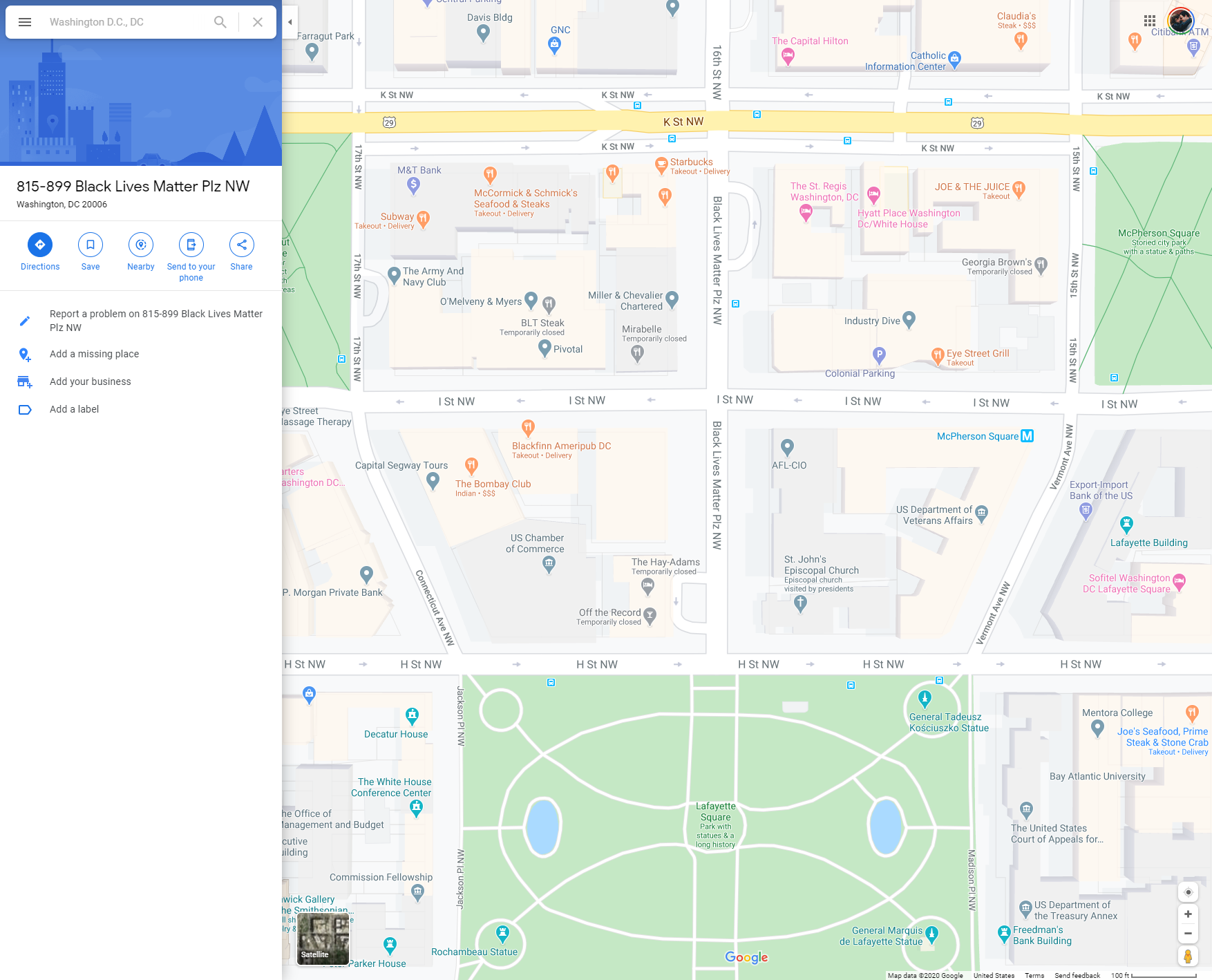 Apparently, Maps also briefly showed the Edward Colston statue in Bristol, UK as “closed” and moved its map marker into the water. That followed a protest which saw the statue torn down and moved by hand to the edge of the river where it was thrown in. Colston was a slave trader in the 17th century. That Google Maps update was likely just a result of user-submitted changes, and it’s not live anymore, but could come back at any point.