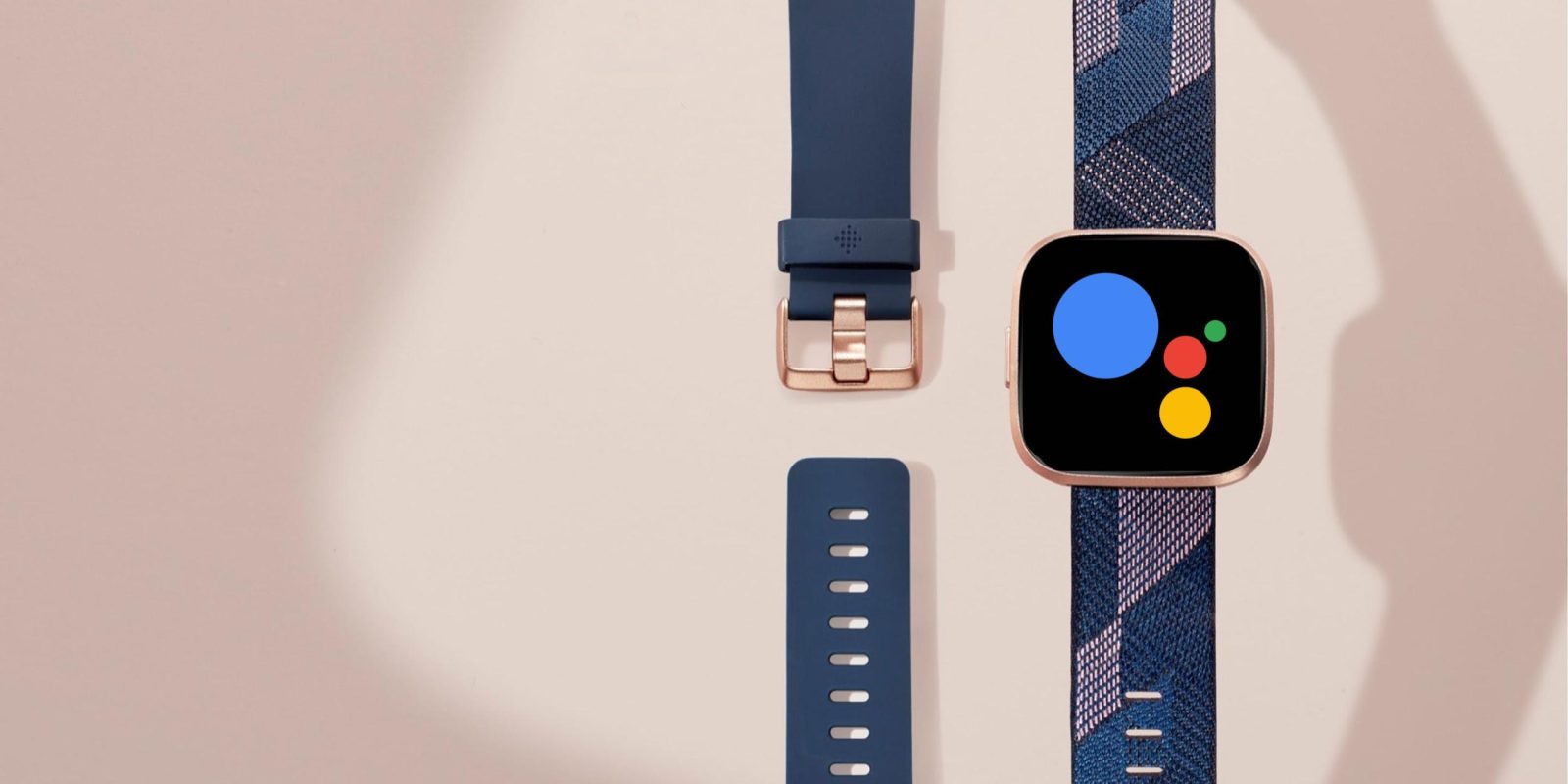 In November, Google framed its acquisition of Fitbit as a way to “help more people with wearables.” However, since the deal is still pending regulatory approval, the two companies have yet to integrate or announce any joint plans. That now appears to be changing as Fitbit works on bringing Google Assistant support to its devices.

Today, the Fitbit Versa 2 sports a microphone and Amazon Alexa integration. You can check the weather, set timers, and control compatible smart home devices. That said, the experience requires you hold down on the sole hardware button or swipe through the UI as there is no hotword support. Additionally, the lack of a speaker means you cannot hear answers aloud and instead have to read results.

Following the acquisition, Wired UK revealed that Fitbit had approached Google about making Assistant available on the Versa 2. The report said Google was “less willing than Amazon to make this happen,” with the necessary Assistant APIs unavailable.

Google looks to have changed its tune as recent versions of Fitbit for Android are preparing for Assistant. Strings in the app describe a process to “Activate Assistant,” similar to the set-up process today for Alexa on the Versa 2.

A trio of XML files clearly reference Google Assistant and how it will be introduced, as well as a welcome process:

App strings also mention how “You can only have one active assistant at a time and you can always switch to another provider.” This selection process suggests that Amazon Alexa will stick around and that the voice service won’t immediately go away when Assistant is introduced.

The Versa 2 is the most likely candidate to get Assistant as it’s only a nine-month-old device. Of course, this integration could instead debut on an upcoming device.

This synergy makes sense and could be something that the two companies launch to mark the completion of the acquisition. Assistant would help address how Fitbit devices are currently more closely integrated with non-Google services.

For example, Fitbit offers an Alexa Skill where users can request their latest stats by voice. A similar Action is not available for Google Assistant. The Versa 2 also features a Spotify app, which YouTube Music competes with. Fitbit Pay is also a challenger to Google Pay for on-device payments.

Besides giving existing customers a tangible sign of the new ownership, Google gets Assistant on another popular platform. General functionality should not differ too greatly from what Alexa is able to offer on the Versa 2 today. It would be the first time that Assistant is available on a non-Wear OS device. Unlike headphones, TVs, Smart Displays, and speakers, Google has never brought Assistant to a third-party smartwatch.