On Thursday, Google gave Android users the ability to play Stadia on any modern phone. Following that expanded support, the Stadia app now has over 1 million installs.

Stadia for Android launched November 7, 2019 on the Play Store. A little over four months later, it reached 500,000 downloads on March 10. Now, three months after that, Google Play reports 1,000,000+ installations.

This milestone comes just two days after Google brought mobile Stadia gameplay to the vast majority of Android phones. At launch last year, support was limited to the Pixel 2, 3, 3a, and 4 family of devices. It later expanded to recent phones from Samsung, Asus, and Razer, as well as OnePlus.

While the company will still maintain a list of optimized, supported phones, there is now the experimental capability to force play on any device: Settings > Experiments > “Play on this device.” Google does warn that this might affect game performance. 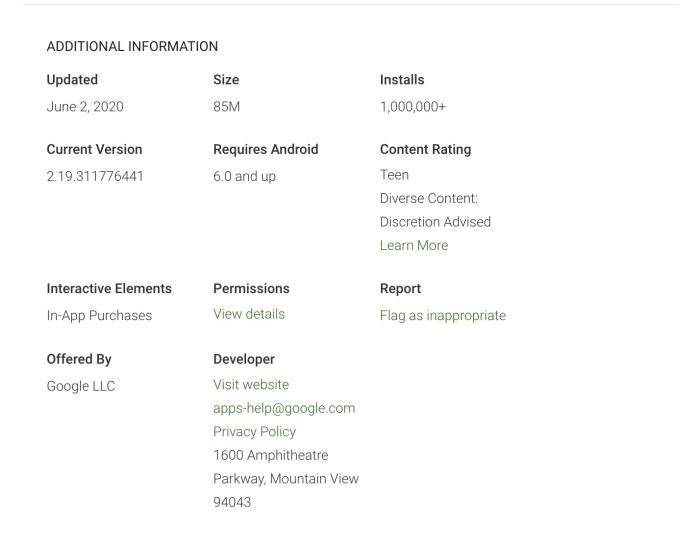 Stadia this week also added a virtual touch gamepad that lets users play without a connected controller. Meanwhile, new resolution preferences allow you to set streaming quality on a per-device basis, which means that desktop users no longer need the mobile app to control every option. At the moment, Stadia users are eligible for a $10 discount on their next title purchase, while new subscribers can get one month of Pro service.