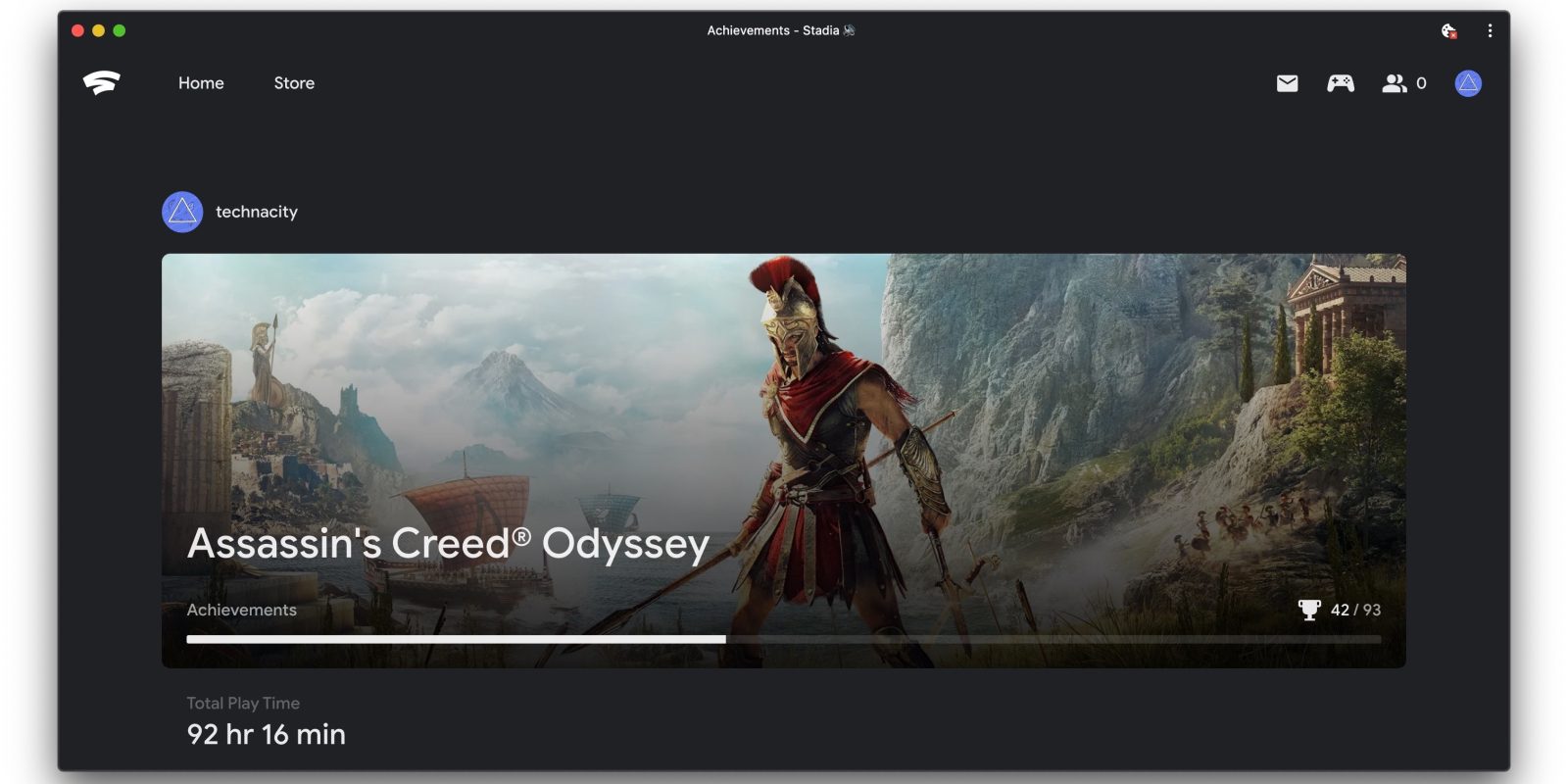 Since launching in December, Stadia’s Achievements page is still only available on the web and Chromecast Ultra. Google Stadia is now displaying “total play time” and other game-specific statistics in Achievements.

Selecting a game from the Achievements list on stadia.google.com now shows “Total Play Time” underneath the progress bar. This data goes back to the service’s launch on November 19.

All titles feature this count, while it’s up to developers to feature custom stats. For example, The Division 2 includes Total XP, Latest Gear Score, and PvP Kills, while Destiny 2 has Character Power, Character Age in Years, and Character Level.

The launch of play time follows Stadia last week adding new privacy settings for “Game activity.” You can set “Time played per game” and/or “Play stats” to Only you, Friends, Friends & their friends, or All players.

Those settings are live on the web today, but version 2.23 for Android is still rolling out via the Play Store. Meanwhile, play time under Stadia Achievements is widely available this afternoon.

As of today, Achievements are still limited to the web, but the TV experience will show recent awards. The absence of mobile remains curious, but hopefully, it comes sooner than later. 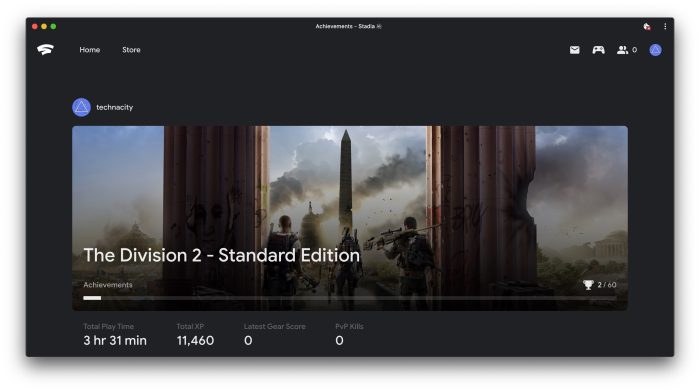