Hands-on with ‘Nearby Sharing’: Is this AirDrop for Android? [Video] 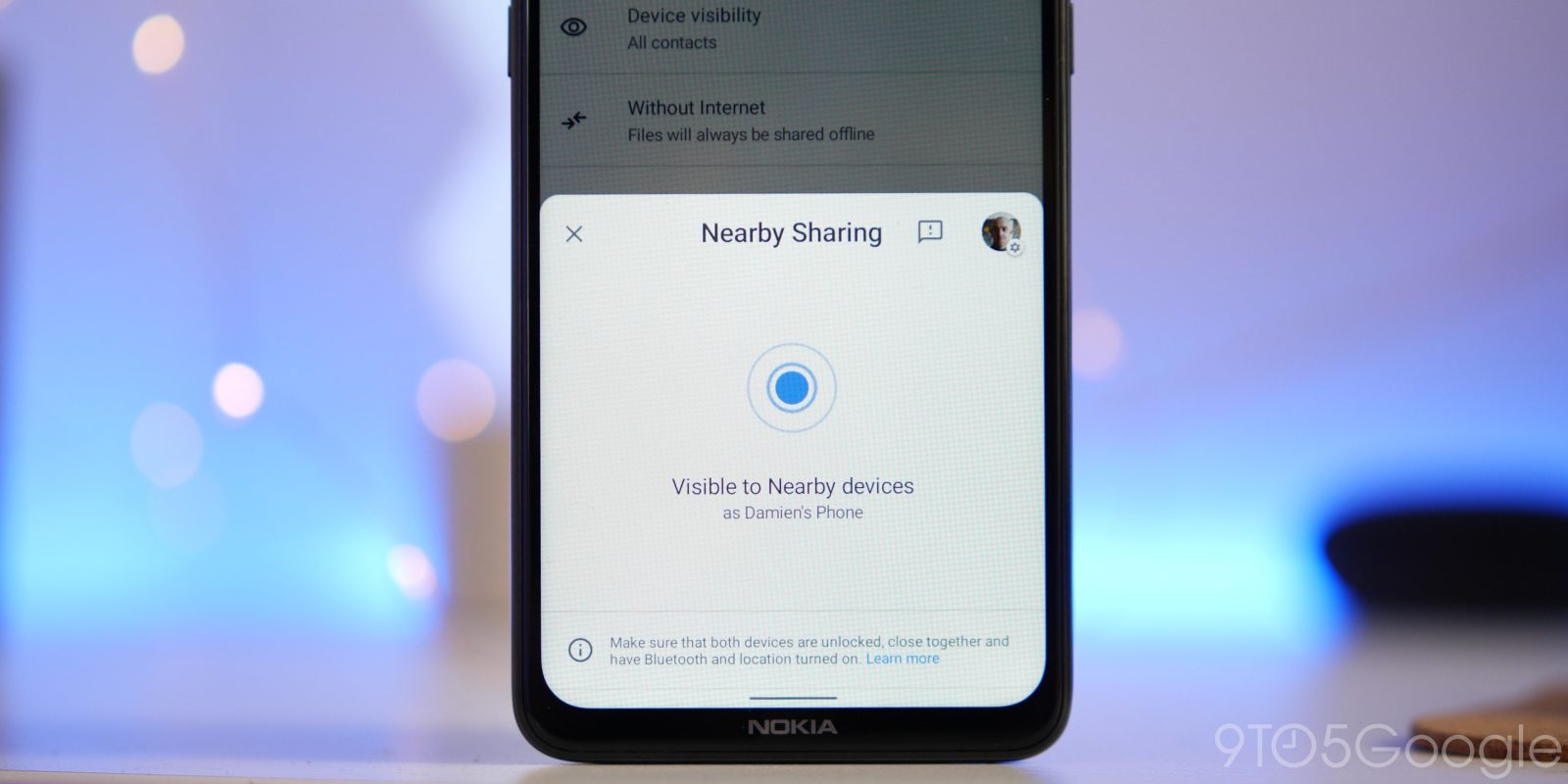 “Nearby Sharing” or “Nearby Share” is the latest attempt to give Android owners and users a proper rival to Apple’s AirDrop.

We’ve seen Android Beam bite the dust in recent months, well, this is its eventual replacement. The feature is not technically available widely just yet.

However, thanks to a randomized limited beta test, you may have the option should you subscribe to the Google Play Services Beta program. You may remember this as “Fast Share” which is what we thought it would be called prior to the Google Pixel 4 launch.

Some of you are probably wondering just what Nearby Sharing is. Well, it’s Google’s version of AirDrop, a very useful feature on Apple products that allows quick and easy transferring of files over a Wi-Fi connection. It’s something Android users have been begging for for years now, and now it’s finally coming.

We’ve managed to get Nearby Share working on a couple of our own devices to let you know what to expect, how it differs from Apple’s AirDrop, and find out if it is really the solution to local sharing that we’ve been waiting years for. With Apple taking tons of design cues from Android in iOS 14, this might be one of the few imitations that Android fans have been waiting upon for a long time — now if RCS can tackle iMessage I’m sure we’d all be happy.

When the option is enabled, you just need to add the quick toggle to your notification shade. It’s instantly recognizable as a small entwined rope icon. Alternatively, you can head to your device settings and search for “Nearby Sharing.” This should allow you to activate the option if you have it available as part of the most recent Google Play Services Beta.

Once you have activated the option on your device, you can just tap the notification toggle to initiate a wireless transfer. Although a simpler method is to just select the option within your Share Sheet though, this means you won’t have to use a File Manager to access files once you have enabled it. This gives you options and makes it even easier to send files to friends, family, and even your own devices without needing a cable or dedicated app. 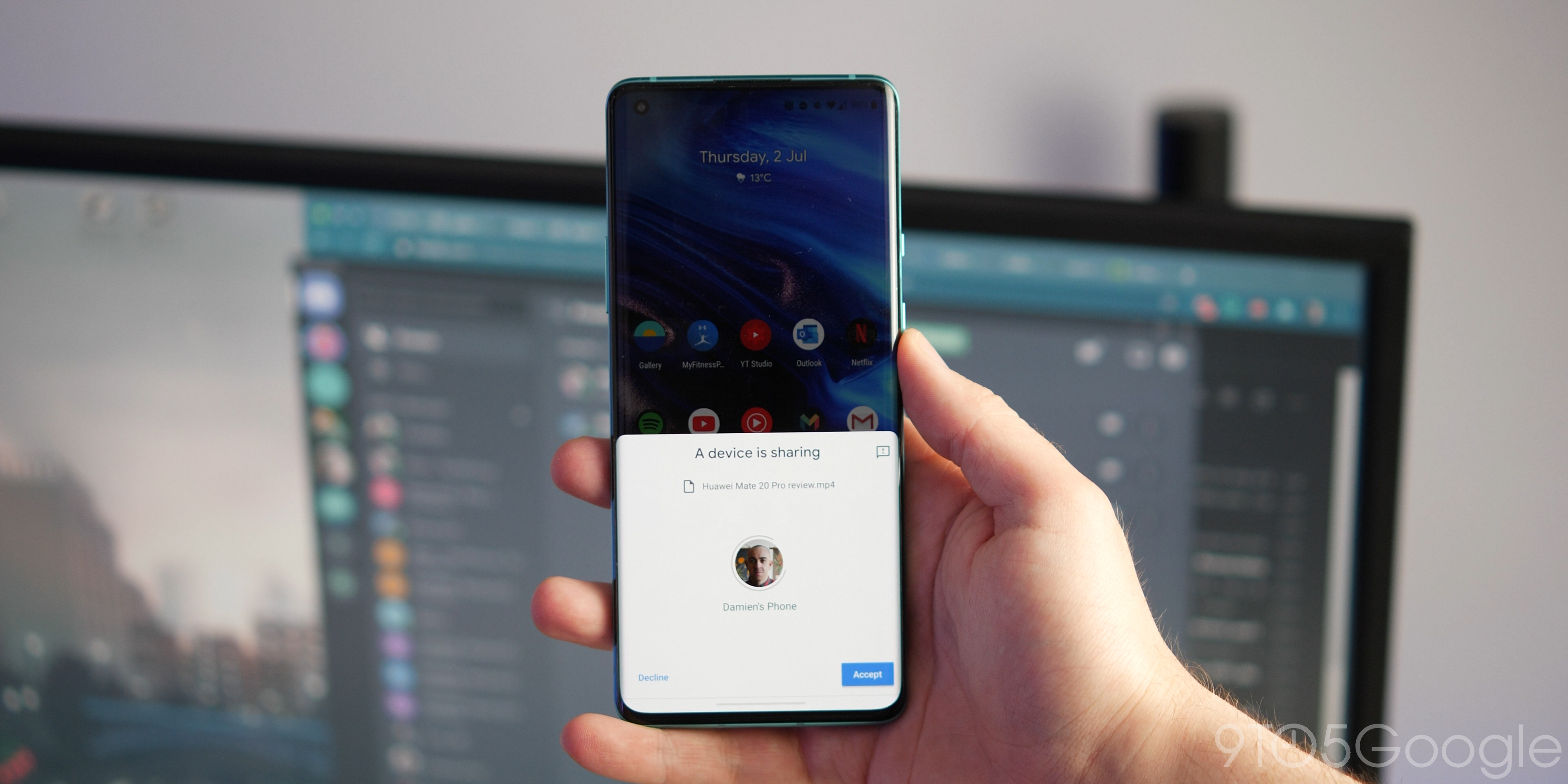 Because Nearby Sharing integrates with the Android Share Sheet, instead of an unfamiliar interface, it’s instantly recognizable. You won’t get lost or confused, it’s simple and consistent with the current Share Sheet implementation.

When sharing a file, the Share Sheet will morph to show any nearby devices underneath, you can then simply select the person or device you want to send your file to. On the receiving device, you simply have to accept the transfer, which can appear as a notification or when toggling the notification quick toggle. Without accepting the transfer, the process will simply fail, leaving you to start or try again.

The progress of your transfer will be shown within the same pane but as a circular progress bar with the connection ID and contact/profile icon. This will all be familiar to anyone that has used AirDrop previously with Apple hardware. There is no shame in taking some design cues from iOS and macOS when it’s popular, works well, and is easy to use.

You do get some added controls including the ability to allow only nearby contacts or selected contacts to see your Nearby Sharing availability or visibility. Like AirDrop, you can even just make your device completely hidden for full privacy controls. If you prefer changing your display name, you can also change this to anything you like. This will only be visible if you make yourself visible to all contacts. 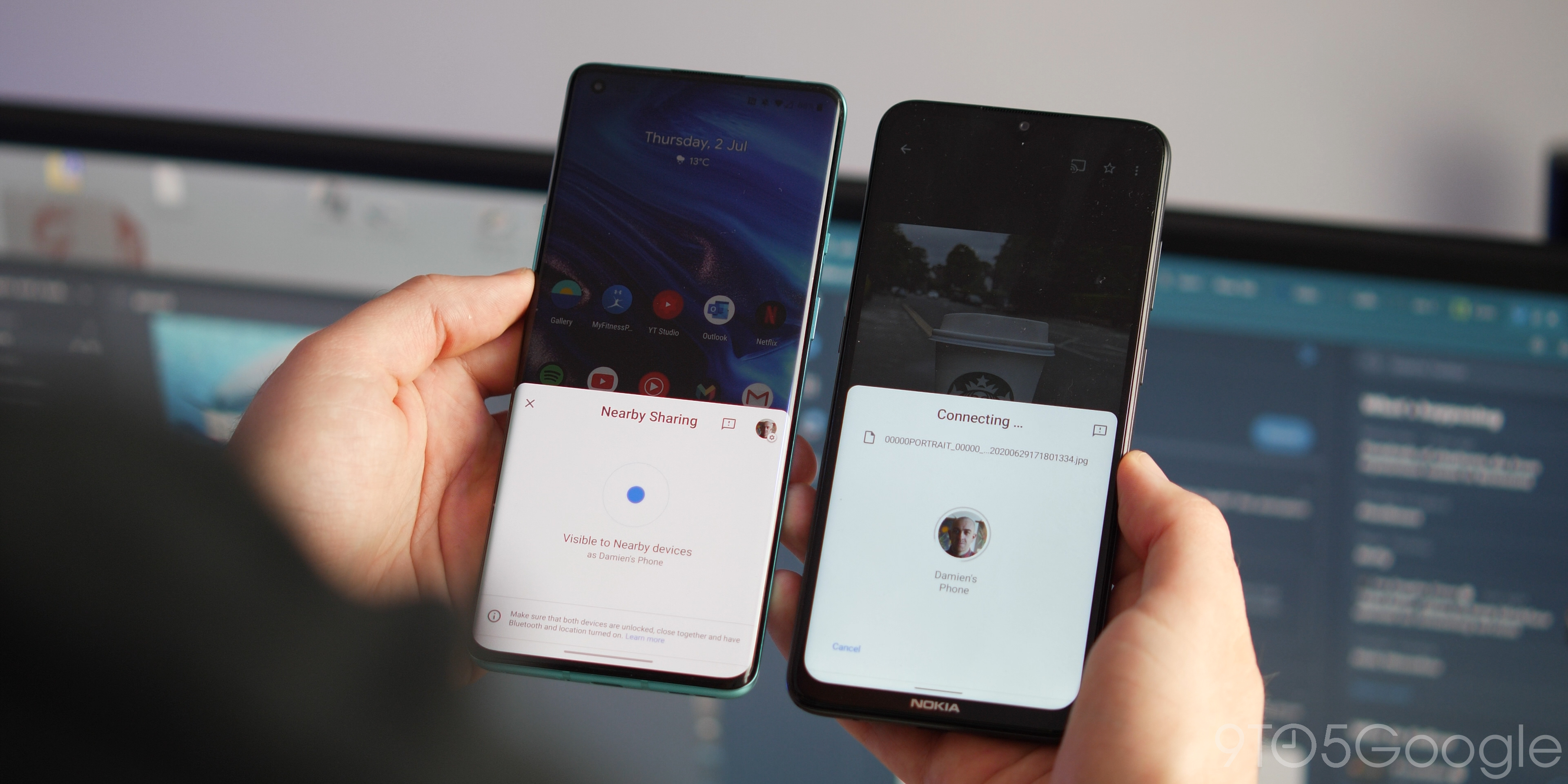 We have Nearby Sharing enabled on a mixture of Android One, Android Go, and third-party OEM devices, yet lack the option on Google Pixel hardware. Because the feature is reliant on Google Play Services to function, it should be easy for Google to push an update to all compatible Android hardware. Which is basically a device running the most recent versions of the Play Store — and Android 6.0+.

Having an internet connection is not a precursor to using Nearby Sharing either. You can utilize mobile data, Wi-Fi, or no internet connection at all. Testing with Wi-Fi disabled on our devices doesn’t seem to affect the transfer speed either. This is especially useful if you want to share files between devices and don’t have a stable network or data connection to do so.

We also know that Chromebooks and the Chrome browser look likely to add the ability to share files and photos wirelessly. This would allow Nearby Sharing to leapfrog AirDrop in its install base almost overnight. Being able to share files from desktop to mobile or vice-versa will make file-sharing almost effortless.

Now some of you might be wondering if Nearby Sharing works directly with AirDrop or at least has some integration. Well, as you’d expect, it doesn’t work and it’s unlikely to ever work with iOS hardware. That is a shame but at least when functionality does come to Google Chrome, you’ll technically have better overall device compatibility anyway.

How do I get Nearby Sharing on my device? 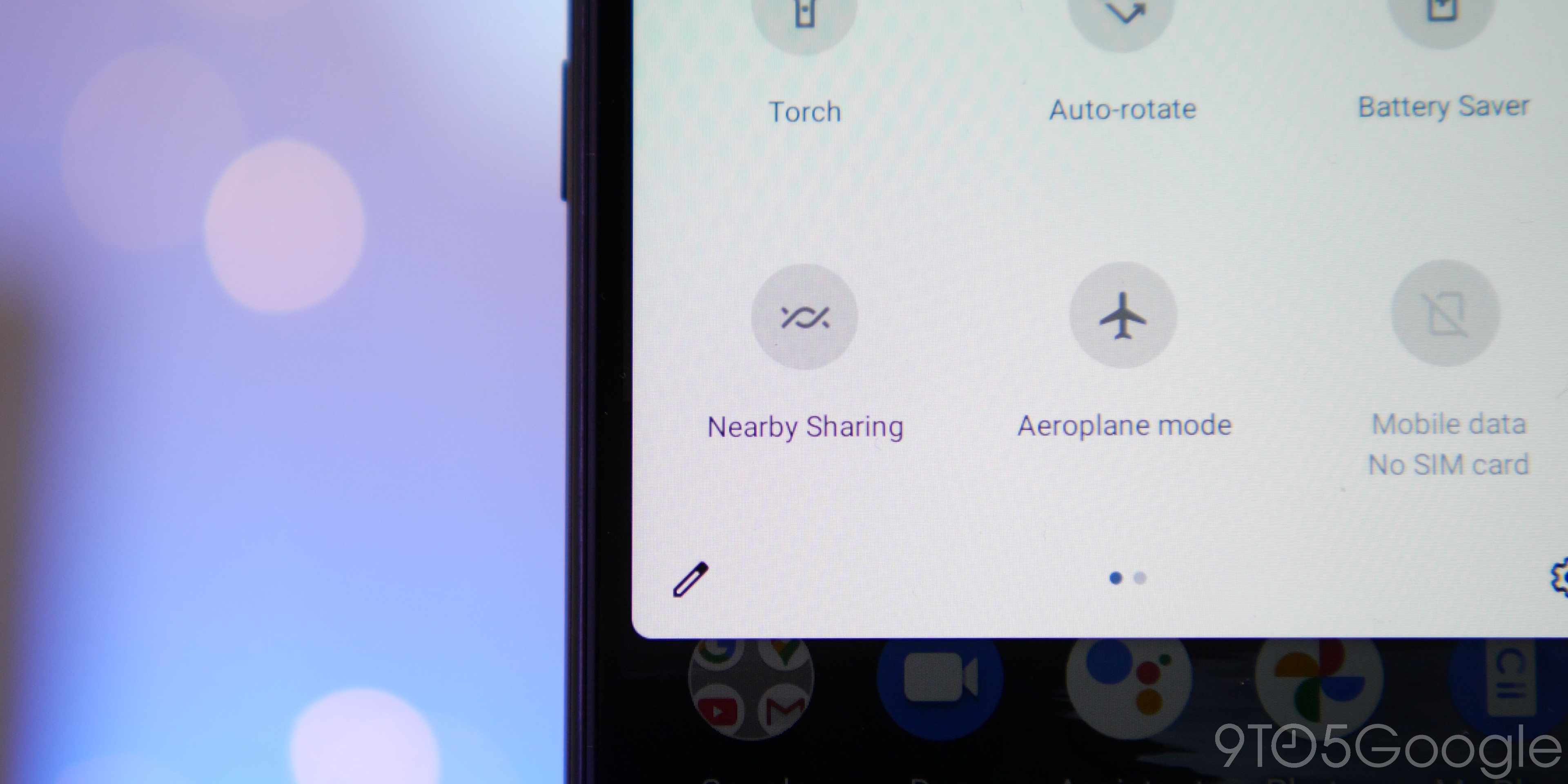 At present, the wireless file-sharing protocol is only available to those signed up to the Google Play Services Beta. That doesn’t guarantee that you gain the option on your device though. As this is part of a very limited beta test, it’s a bit of a lottery at the moment. We have only noticed the option on devices running stable Android 10 builds at this stage. As far as we can tell, the option looks as if it is unavailable on devices running the Android 11 Beta.

Have you tried Nearby Sharing on your device? If so let us know what you think down in the comments section below.