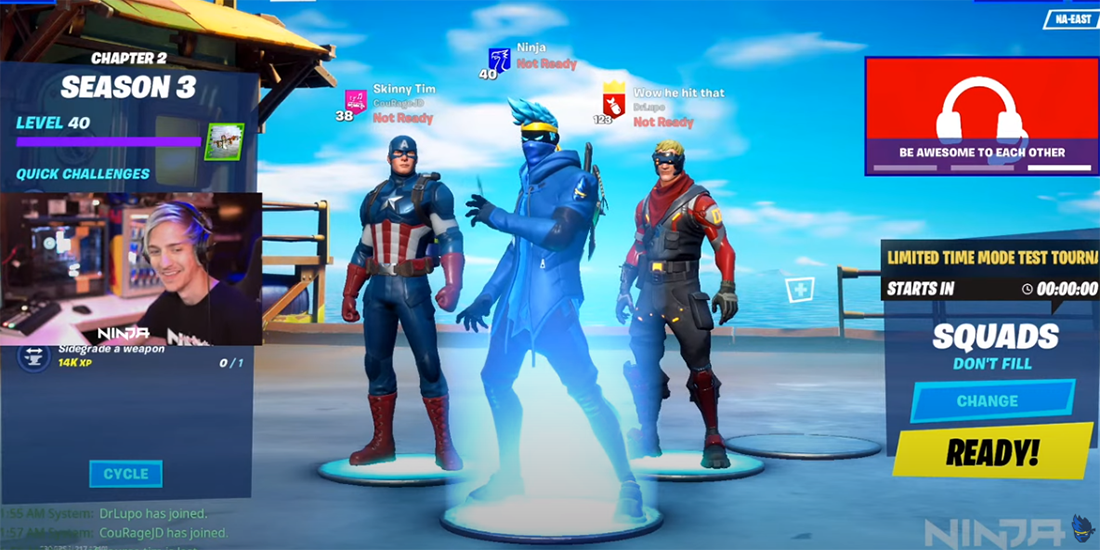 In the world of game streaming, there’s really no bigger name than Ninja. The Fortnite streamer has a huge fanbase, but following the shutdown of Microsoft’s Mixer platform, Ninja has started streaming live on YouTube and attracted a huge crowd to his first stream.

As Kotaku explained, yesterday’s Ninja stream on YouTube was the first for Tyler Blevins since Microsoft pulled the plug on Mixer to back Facebook’s new venture, Facebook Gaming. Previously, Ninja had an exclusive agreement to only stream his gameplay on that platform.

Does that mean Ninja will be streaming on YouTube going forward? Not necessarily. The streamer hasn’t mentioned what his plans are going forward, but he did opt to leave his contract with Microsoft after Mixer was shut down in favor of Facebook Gaming.

Clearly, though, Ninja’s YouTube livestream was very popular. At the start of the stream, there were over 100,000 concurrent viewers on the stream and in the 24 hours since, the video has racked up over 3,000,000 views. If this stream was just a test to see how the YouTube community would react to the stream, I’d guess it was a success.