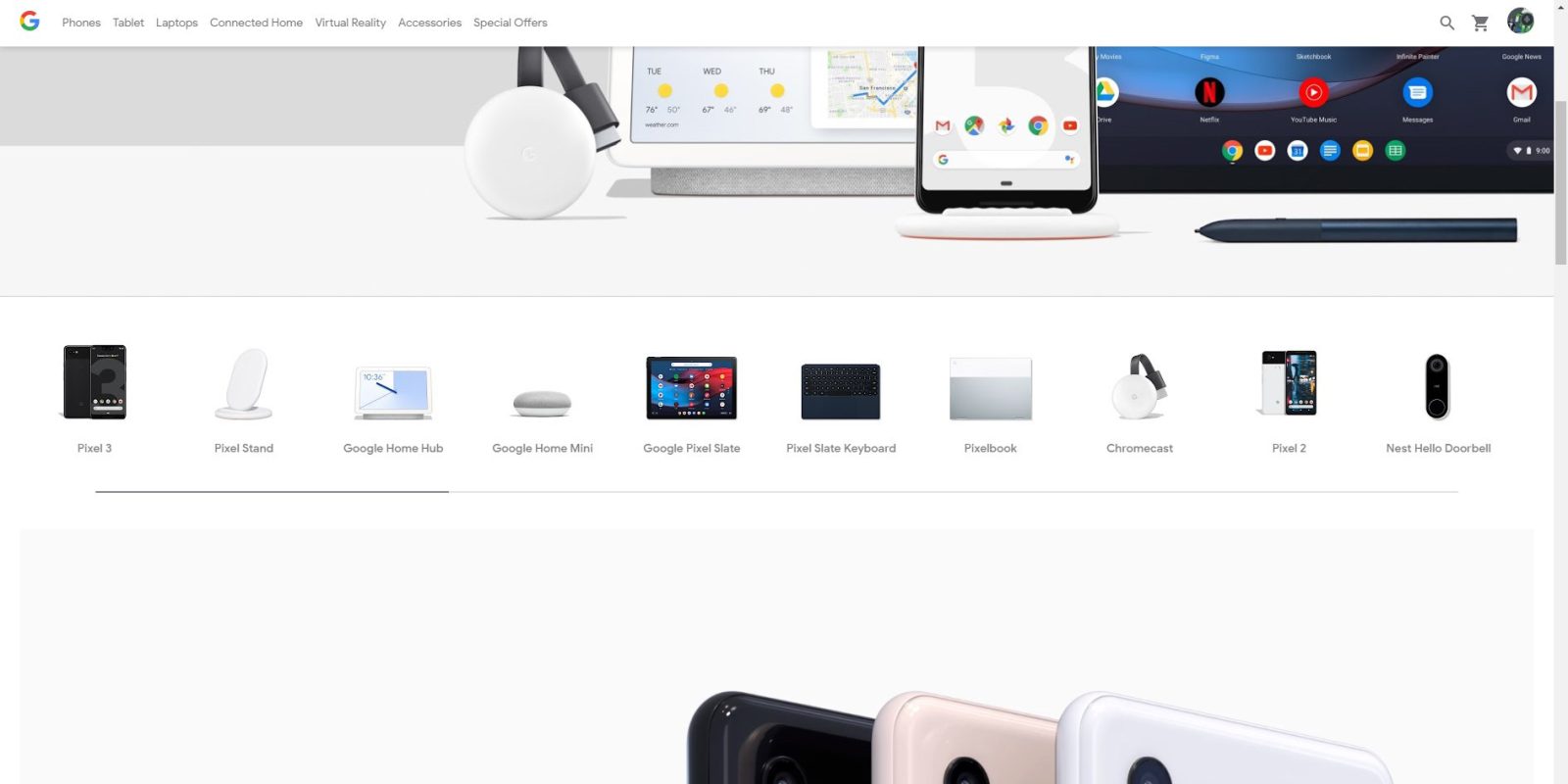 You might think it’s an unlikely source for Google leaks, but the Google Store has accidentally published many pages over the last few years revealing unannounced products and product details. Here’s a full list of every time Google has accidentally leaked a product on its own retail store…

The latest addition to this list is the Google Pixel 4a, which Google originally planned to launch at Google I/O 2020. When that didn’t happen, the phone got pushed back to the second half of the year, and Google accidentally published a full official render of the device on July 13th, 2020.

If you haven’t been following, the Pixel 4a has extensively leaked, and we know just about everything there is to know about it. But it’s always nice to get one more official look before the announcement.

Another device that accidentally appeared on the Google Store prior to launch was the Google Pixel 3a, but this time it was only its name. A redesigned UI revealed the “Pixel 3a” name (with a “NEW” label), as well as a “Google Pixel 3a case” accessory in the Phone and “Accessories” section that had a URL clearly revealing that it was made of fabric, like the first-party cases for the earlier Pixels.

That leak also further corroborated the Nest Hub Max name, which was set to be announced alongside the Pixel 3a at Google I/O 2019.

Before the new Google Store UI further confirmed their names, the Nest Hub Max leaked on the Google Store with some details: a 10-inch HD screen and stereo speakers, as well as “built-in Nest Cam” that can “get motion and sound alerts.”

We actually weren’t sure if this was the real deal at the time — our sources had nothing to say about the “Google Home” to “Google Nest” rebrand at the time, so we were surprised to see a Hub referred to as a Nest device. In hindsight, it’s silly to think a leak from Google proper could be anything be dead-on.

Another fun leak that originated on the Google Store was a second color for the Pixelbook Pen. The first Pixelbook Pen was launched alongside the original Pixelbook at Made by Google 2017, but in 2019, Google launched another Pixel-branded device with a touch screen — the Pixel Slate.

We suspected at the time that this new Pixelbook Pen’s existence was to match the Pixel Slate, and it turned out we were right when Google announced the new color at Made by Google 2018 alongside Pixel 3.

For fun, let’s take a trip back to 2013 (yes, we’ve been covering first-party Google hardware that long). The Play Store was the home to Google’s hardware at the time, and the Nexus 5 was imminently launching.

Well, Google itself accidentally posted a picture of the Nexus 5 — in high res — to the Play Store.