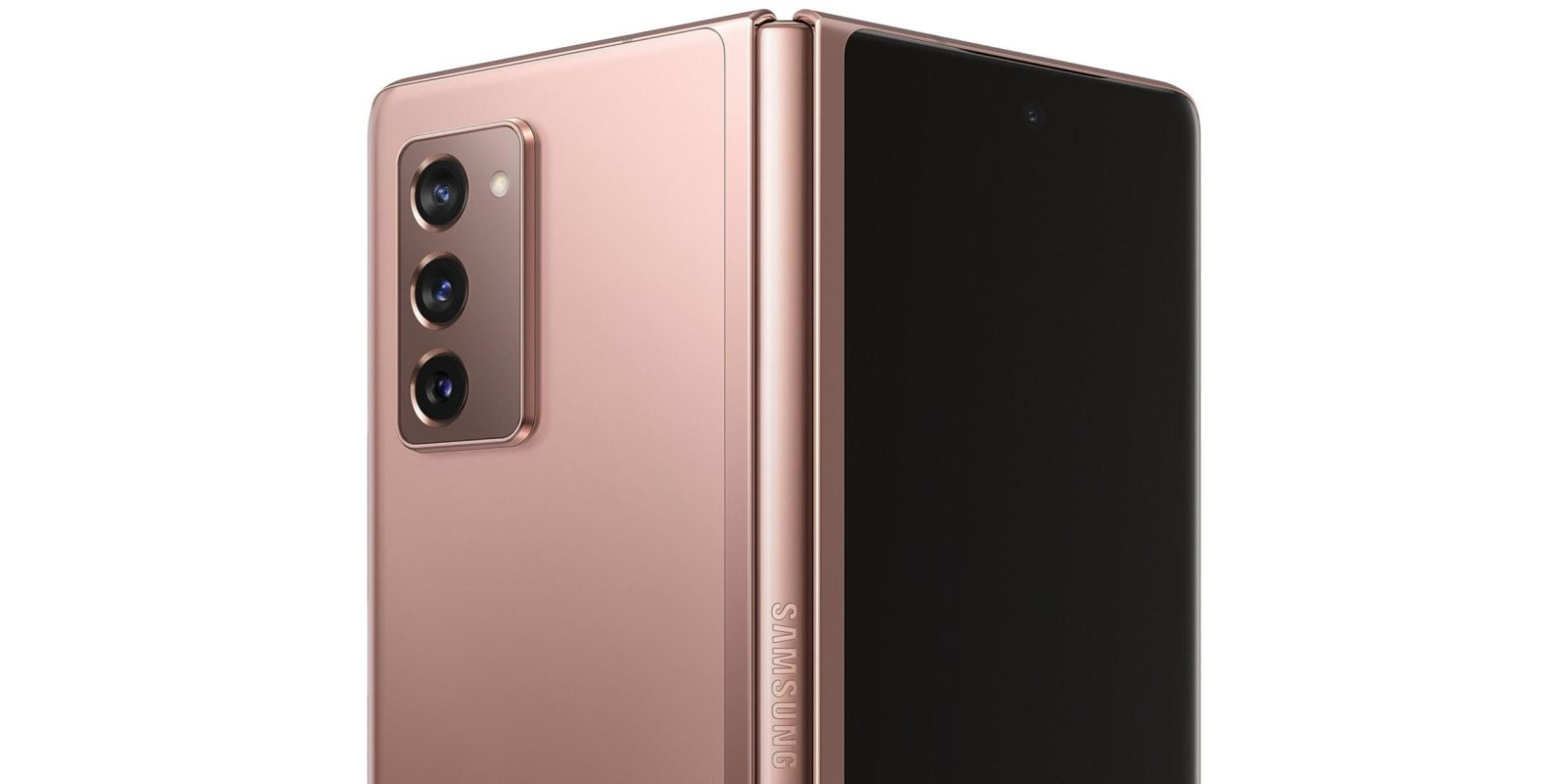 Samsung last February announced the first Android Foldable, but the launch was notoriously pushed back to September to allow for retrofits and additional hardware protections. The company is now back with the Galaxy Z Fold 2 5G at an Unpacked event that’s highlighted by the Note 20.

Given that central focus of the event, Samsung is light on details about the foldable today. There is a basic product page and you can place a reservation now, with more details coming in September. Pre-orders will open on September 1.

Samsung’s next Android Foldable starts with a new name by placing the Fold under the “Galaxy Z” brand introduced with the Flip. What the company did officially confirm today is almost entirely about the displays.The Fold 2 has a nearly edge-to-edge cover display that measures 6.2-inches and is drastically bigger than the predecessor’s 4.6-inches. There’s a punch-hole camera, as well inside on the larger 7.6-inch main display.

Meanwhile, it will be available in Mystic Bronze with copper hinge or Mystic Black with black a one. Samsung also partnered for a limited Galaxy Z Fold2 Thom Browne Edition

Samsung continues to pioneer an entirely new category of mobile devices by introducing the next generation of foldables— Galaxy Z Fold2. After releasing two foldable devices and listening to user feedback on the most requested upgrades and new features, Samsung unveils the Galaxy Z Fold2 with meaningful innovations that offer users enhanced refinements and unique foldable user experiences.