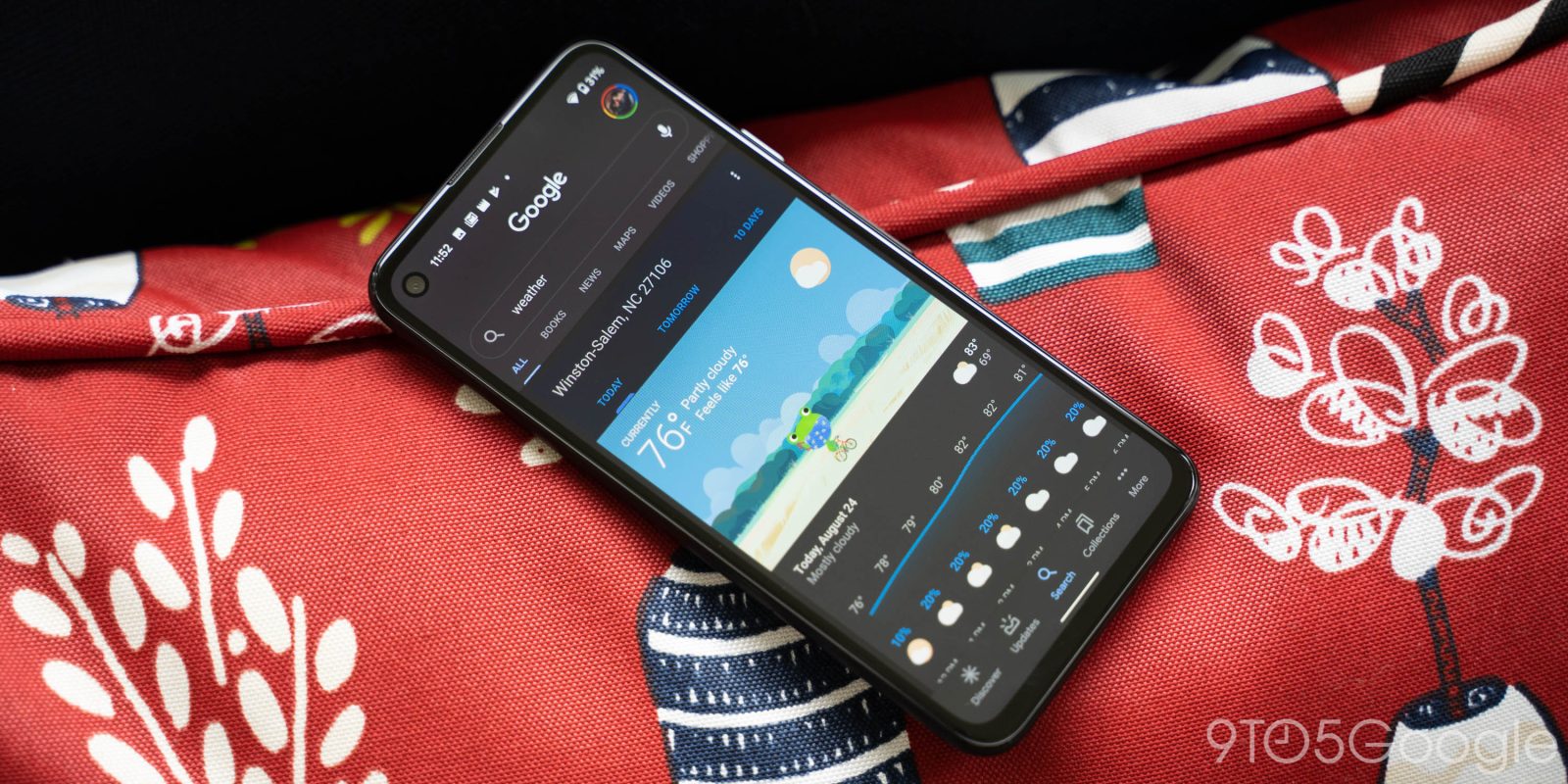 The era of COVID-19 has changed everything, and masks have become the new normal. Rolling out now in its weather “app,” Google’s little frog mascot now also wears a mask.

In the Google app’s weather interface on Android, there’s always been a cute little frog that appears doing a variety of different things outdoors depending on your local conditions.

Now, a quiet update to the graphics has put a mask on the beloved amphibian mascot. This change was first spotted by some Redditors over the weekend and is now rolling out more widely. When you search “Weather” in the Google app or use a homescreen shortcut such as Pixel’s “At a Glance” widget, the frog appears in various illustrations with a mask on.

This subtle change comes, obviously, as COVID-19 shows no signs of letting up across the globe. Masks have been a tool for fighting that spread, and this small change just reinforces that without actually saying that we should be wearing masks in public. Google has been much more explicit about this messaging in other apps, such as Maps and Assistant, but this subtle tweak is a nice touch.