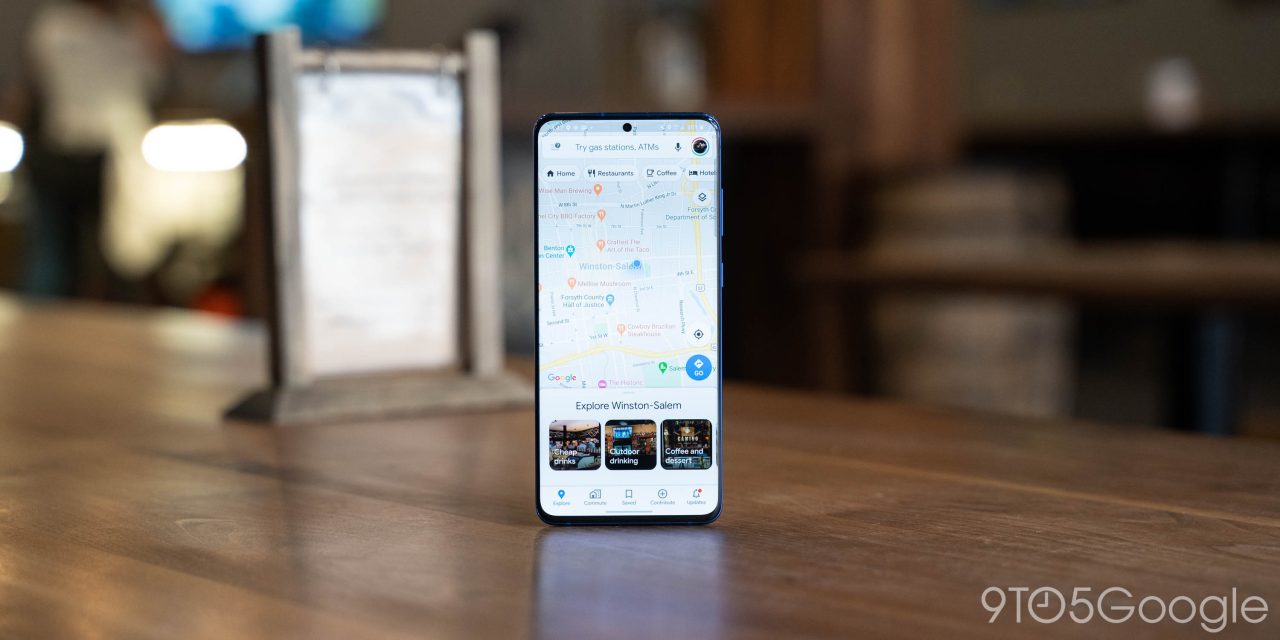 As part of the big Maps redesign in February, Google prominently placed “Saved” in the bottom bar. Google Maps is now rolling out a redesigned “Saved” tab with some new features.

The new “Saved” tab in Google Maps heavily leverages carousels and is essentially a feed of them. Previously, the screen had top tabs for Lists, Labeled, Reservations, Following, and Maps.

The first carousel is “Recently saved,” so it’s now quicker to see recent additions without having to dive into each and every list. Each card includes a cover image, name, and description, as well as where it’s stored in.

This is followed by a second one for “Nearby saved” that is particularly useful when in an area. Additionally, information here notes how far away you are.

When location permission is enabled, you can see all your nearby saved places sorted by distance and arranged in a carousel for easy browsing to make your next decision a breeze.

Another location-based feature and new carousel will show where you’ve “Visited.” This is organized by time, city, region, or country.

You can see how far you’ve biked, walked and ran over the past few days. You can also easily find that amazing hole in the wall restaurant you visited during one of your past vacations, or that cute boutique you popped into a few weeks ago.

At the very bottom is “Your lists,” which only shows four items by default but can be expanded. There’s also a shortcut here to create a new one, while the old tab items appear at the very bottom to round out Saved.

The updated Saved page in Google Maps is already available for most users today on Android. We’re not yet seeing it on iOS. This automated organization might increase the likelihood that users tag better when saving locations.