Jetpack Compose reaches Alpha ahead of full release next year 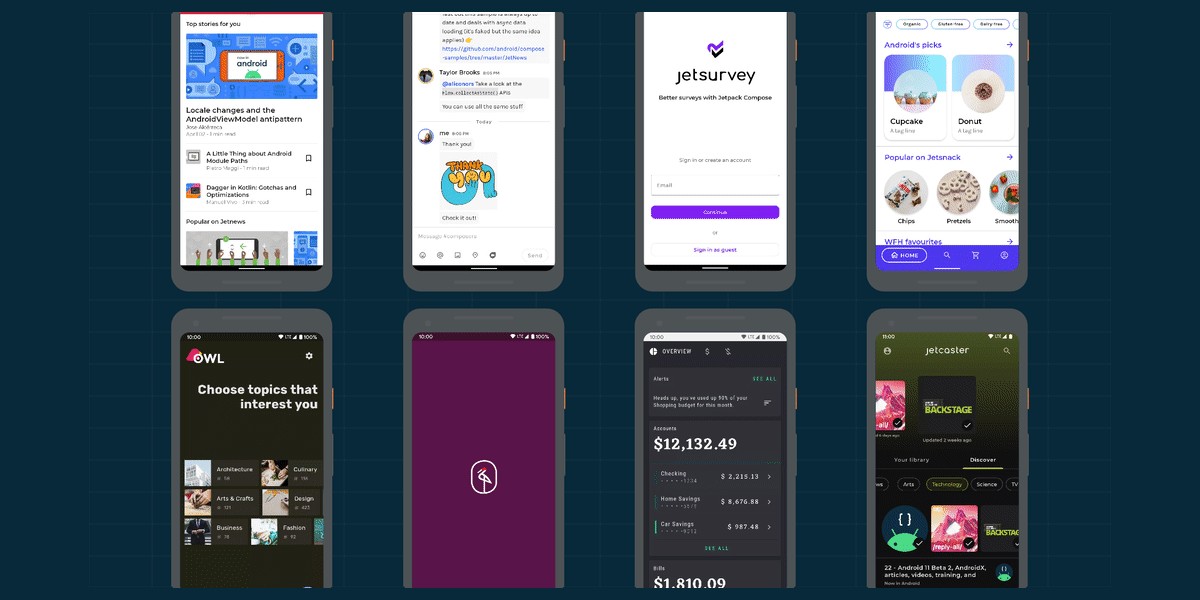 Last year at Google I/O, JetBrains and the Android team took the wraps off of Jetpack Compose, a modern way to craft the UI for Android apps, using Kotlin. Today, Jetpack Compose is launching its Alpha release, letting Android developers get a taste ahead of the full 1.0 release.

When Google released the first beta of Android 11, back in June, we were also treated to the second developer preview of Jetpack Compose. The most notable improvement in that release was the ability to mix and match traditional view-based Android UI with pieces of Jetpack Compose UI.

Essentially, this allows developers to slowly introduce Jetpack Compose into their app while also offering the freedom to include certain things only available as a view, such as embedding Google Maps within a Compose-based app.

Beyond that, Google has also included deep integrations with Jetpack Compose into the latest Android Studio 4.2 Canary builds. For example, with a small bit of adjustment to your code, you can use Android Studio’s preview pane to see how certain parts of your UI will actually look and feel.

For now, Jetpack Compose is not considered “production-ready,” meaning you probably shouldn’t ship an app that relies on Compose just yet. Or at the very least, be ready for things in your app to break between updates, as some Compose APIs are still not finalized.

Jetpack Compose Alpha is available now, and the best way to get started is through the latest Android Studio Canary.