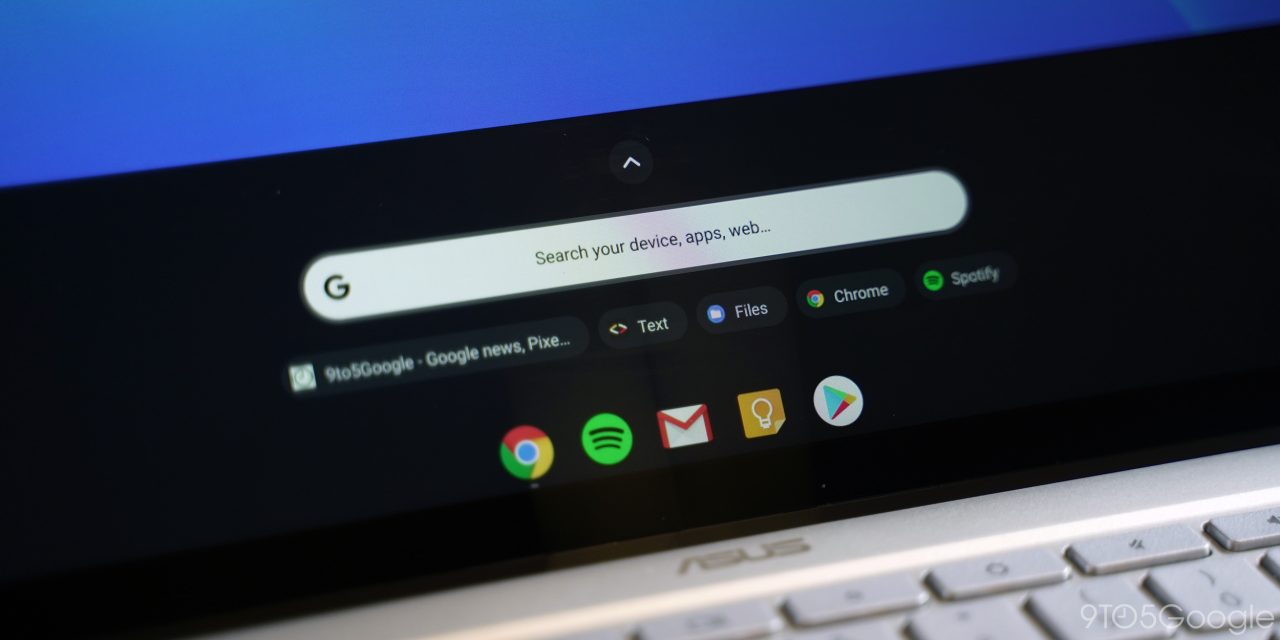 One of the core features of Android is the ability to share just about anything — be it files, photos, text, or a link — from one app to another. Chrome OS is set to gain a similar way to share between apps thanks to an upcoming “Sharesheet,” as seen in a new screenshot.

Here at 9to5Google, we keep a close eye on the various flags that get introduced to the chrome://flags page of Google Chrome and Chrome OS, as these tend to be the clearest signal of potentially upcoming features for browsers and Chromebooks. Early this week, a new flag entitled “Sharesheet” appeared in the code, exclusively for Chrome OS.

The name “Sharesheet” may sound familiar to our avid readers, as Chrome for Android has also been gaining a feature called “Sharing Hub” or “Sharesheet” which replaces the native sharing UI of Android with a new look that includes the options to share a screenshot or a QR code for the page you’re on.

Unlike Android, however, Chrome OS doesn’t currently offer any official way to share between or through different apps, despite having access to apps from Android, Linux, and soon Windows. With this new Sharesheet, that’s now set to change.

According to an early prototype, the Chrome OS Sharesheet will be very similar to Chrome for Android’s Sharing Hub, in that it will offer a list of options, called “Share Actions,” for how you want to share what you’re sharing. We’re currently guessing that these share actions will come from the Android apps you’ve installed on your Chromebook, as well as any Progressive Web Apps that have declared a “share target” — a feature that is currently only used on Android.

Similarly, this Sharesheet would be the perfect place to surface Google’s upcoming Nearby Sharing features, which will allow you to share files, links, and more between nearby devices including Android phones, Chromebooks, and laptops/desktops with Google Chrome.

For now, we’re not quite sure what all will be shareable through Chrome OS’s Sharesheet, but we do know that a share button will live in Chrome’s toolbar, somewhere to the right of the address bar, though the feature’s developer says that this placement is only “temporary.”

Update 8/27: After two months of development, we’re finally getting our first glimpse at Chrome OS’s Sharesheet in action. In the most recent builds of Chrome OS Canary, with the previously mentioned flag enabled, the share button in Chrome OS’s Files app gets a fairly sizable redesign.

Where we previously had a small dropdown box, now we’re offered a full-size Material Design card laying out the various options from the Android apps I’ve installed. It’s clear this is still a work-in-progress though, as there’s no longer any reason for options like “Play with VLC” to be shortened in this much larger dialog box.

Though things are very much still in the early stages of development, we believe this Sharesheet could go a long way towards making Chrome OS more dynamic and smartphone-like, especially as companies like Lenovo opt to base new tablets on Chrome OS. It seems we still have quite a bit of waiting to do first though, and there’s always the chance Google could scrap the feature altogether before it ever sees the light of day.