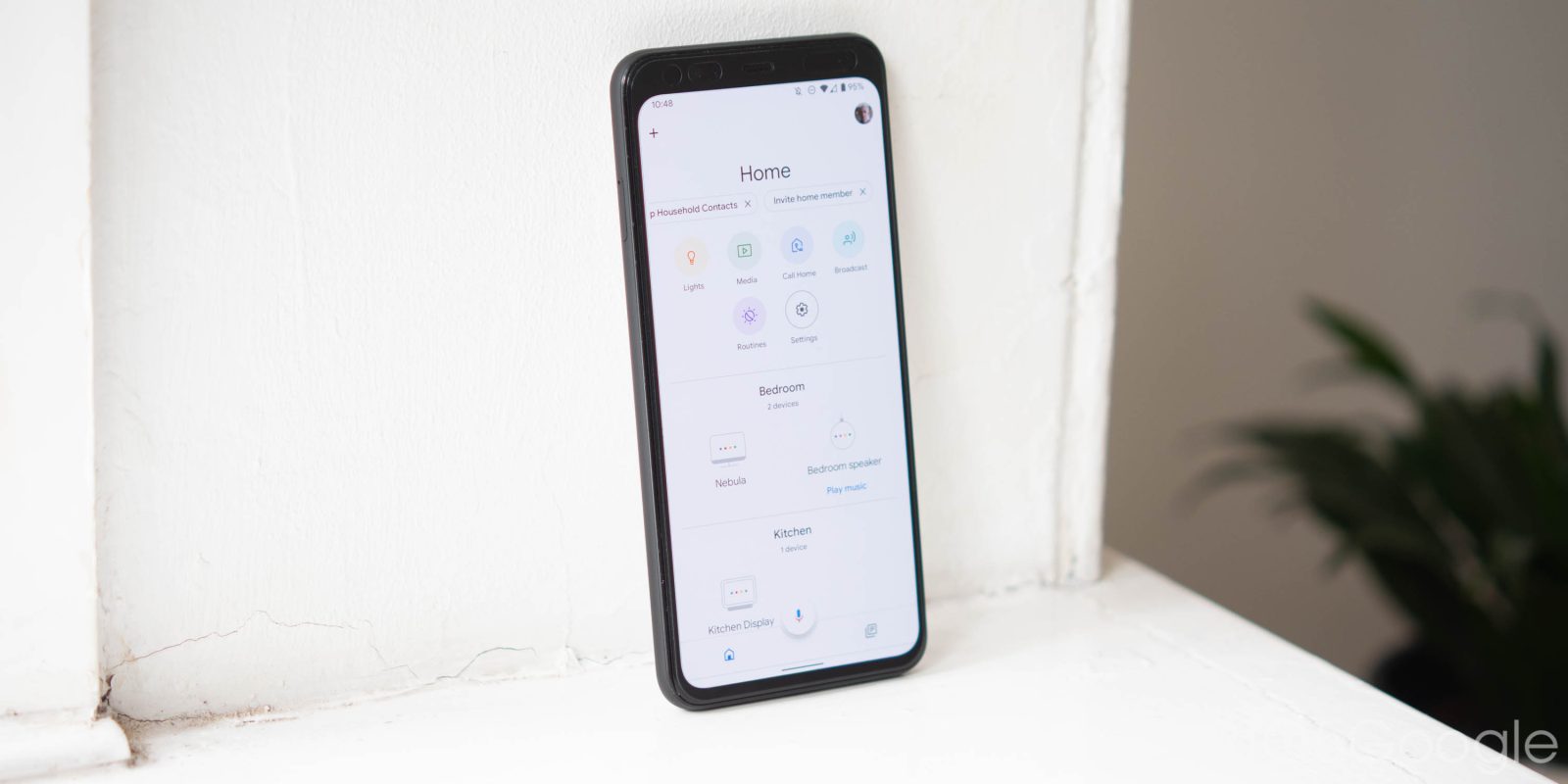 Last week, the Google Home app received a dark theme, unified camera page, and ability to control all Nest and Chromecast media devices from the Android 11 power menu. Following Nest x Yale control rolling out, the Google Home app now quickly shows whether your lights and other similar devices are on or off, while there’s also a new set-up list.

In the past, lights that appear in the primary “Home” feed were accompanied by two actions: on or off. To actually know the status of a fixture, users had to open the full devices page.

With version 2.27, the Google Home app immediately displays the fixture’s power state in the main view. On Android and iOS, a single button appears underneath the device icon. In the case of lighting, “on” sees the bulb fill-in and turn fully yellow.

This on/off status feature in the Google Home app also applies to switches and plugs — which are often used for lights so that users are always aware of what they’re doing. It was an inevitable addition since the Android 11 power menu already reflected the status. While first detailed last week, it’s now live on Android and iOS as part of a server-side update.

Meanwhile, the Google Home client in recent weeks added a “What are you setting up?” screen. If Google cannot automatically find the device after you specified the general type and home, the app now presents a list:

Some of those smart home devices direct you to use the Nest app as Google Home has yet to reach full feature parity.

Google Home 2.27 should already be widely rolled out on Android and iOS.