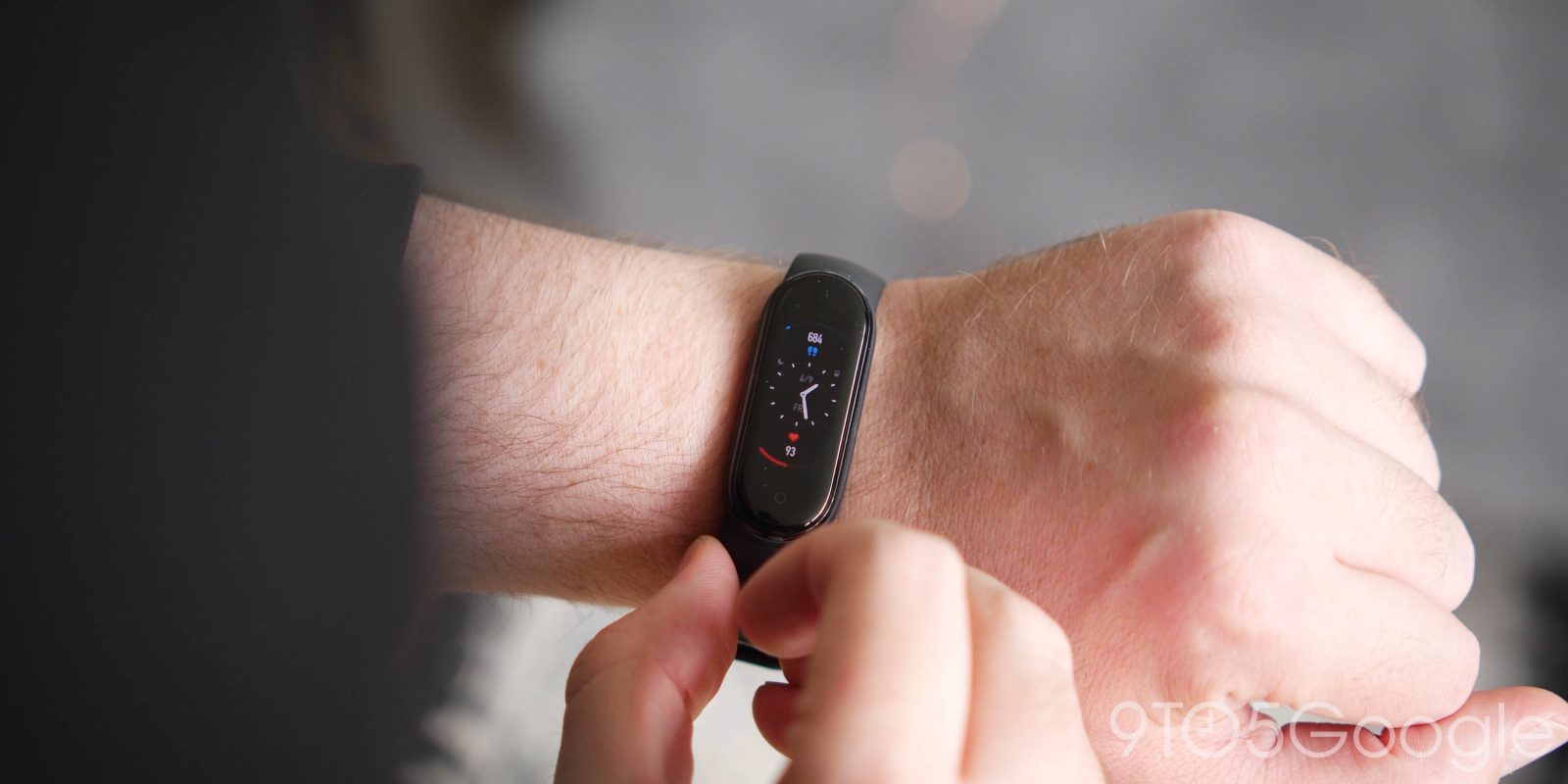 If you want an affordable fitness band then the Xiaomi Mi Band series has provided a sort of “go-to” option ever since the first iteration. The Xiaomi Mi Band 5 continues that tradition with some notable — but minor — hardware improvements all without needing a major price bump.

Last year’s Mi Band 4 was a solid fitness tracker that still remains a great Google Fit companion now that some connection issues have been resolved. While the upgrades this time around are not earth-shattering, if you have an older model, then the Xiaomi Mi Band 5 might be an ideal replacement.

As we have mentioned previously, iterative updates can feel a lot like a company cashing in but given the form factor, that doesn’t truly apply to the Mi Band 5. There are enough improvements to justify its existence even with a minor price bump.

If you want an affordable tracker that just syncs with your Google Fit account and can handle the basics, then we’re sure the Mi Band 5 is well on your radar. Coming under $50, it’s no great surprise. And it’s even more compelling if you’re not a great fan of larger Wear OS smartwatches.

From the outset, it’s actually really hard to differentiate between the Xiaomi Mi Band 5 and the Mi Band 4. It’s hard to level major criticism for this though, as most fitness bands tend to follow familiar design patterns. Plus there is only so much you can do within the bounds of that “band” style design.

I’m still hoping that the dimple button will return at some point but the entirely flat design of the display and front is fine. Xiaomi’s bubbly, easy to approach design is one that makes the Mi Band series stand out from the edge that is ridden with options from the likes of Samsung, Huawei, and more. It manages that without feeling “cheap” or poorly made — which is a huge deal on sub-$50 tech.

Think of the Xiaomi Mi Band 5 as like, an old sweater or pair of slippers, it’s not trying to upset proceedings. It’s familiar in all the right ways and that — combined with the low pricing — is one of the reasons the Mi Band series is so damn popular. With all of that said, I do wish we’d get some more color options for the watch face itself beyond the interchangeable bands.

Another thing to note is that sadly there is no NFC payment support on international models. Only Chinese variants will be able to access wireless payment systems in mainland China. There is also a lack of the Xiao AI smart assistant here too — which is far less of a dealbreaker.

The fact that we’ve seen fitness bands develop from the early Fitbit-era strap with no display to full-color AMOLEDs is pretty impressive. Of course, the Xiaomi Mi Band 4 introduced color to the Mi Band lineup but the Mi Band 5 increases the footprint ever-so-slightly but without increasing bulk. The 0.95-inch display creeps up to 1.1-inches which, in reality, doesn’t make too much difference all things said.

What’s more impressive is just how bright and legible the Mi Band 5 is in direct sunlight — even with a glossy screen, it reaches 450 nits. It really is a nice panel even despite only having a 126 by 294 resolution. At 1.1-inches it still manages to feel spacious somehow. Although long notifications are a bit annoying.

There is still room for a capacitive touch button which acts as the sole input beyond that touchscreen. It does the job relatively well with a minimum of fuss or need for added extras. Being able to skip tracks and read notifications feels more “analogue” than on your smartphone display — something that feels quite nice even despite being essentially overloaded with info.

Customization returns on the Xiaomi Mi Band 5, with plenty of options to choose from. One major downside to the customization is the lack of branded watch faces announced during the Chinese launch event. Maybe they’ll come in a future release.

For all-day wear, the silicone band and incredibly lightweight design of the Xiaomi Mi Band 5 mean it’s essentially the perfect everyday companion. Unlike a more “traditional” watch form factor, your range of movement is practically unhindered. This means that for a real all-day wearable I think there are very few — beyond maybe sunglasses or reading glasses — that can match this particular form factor. Heck, even a normal watch can be annoying every single day.

Because it’s just a silicone bracelet, wearing in bed, in the shower, at the gym, or anywhere for that matter is actually pretty great. I do have to adjust the silicone band every so often, as it can get a little sweaty underneath but beyond that, discomfort isn’t a concern.

Tracking options on the Mi Band 5 are fairly substantial given its diminutive size. You will need to pair with your smartphone still to get accurate GPS data tracking though. Out of the box, there are 11 sports profiles that you utilize alongside the standard step tracking, sleep tracking, heart rate, and swim tracking.

There still isn’t a continuous resting heart rate tracking metric, which is a bit disappointing as it’s a pretty good way to tracking general health. Now you can check stress levels, which you would assume does track your heart rate levels throughout the day to get an indication of your “stress” rating. I’d imagine that this would really destroy battery life if implemented, but I’d like to see it implemented for sure.

You’ll also need to sync directly to your smartphone using the Mi Fit application to get accurate GPS tracking data. If you don’t do this, workouts can be tracked with wild results. Without another device to really compare with, I felt the data produced seemed pretty accurate. Then again, I would only use these figures as a guideline rather than explicit data.

There is also a PAI tracking or “Personal Activity Intelligence”, something first seen on Amazfit fitness trackers. This is basically a simplified daily total score that shifts focus away from the usual step or workout tracking. Is it useful? Maybe to less active people.

I’m of two minds about the Xiaomi Mi Band 5 updated charging method. No longer do you need to remove the little watch face from your band — which is probably a good thing. However, I personally have found the magnetic cable that attaches to the back of the Mi Band temperamental, it’s easy to unclasp and then stop charging.

It’s a really minor gripe in the grand scheme of things, but it is definitely one of the hardware changes that will either grind your gears or make your life easier. I can definitely see it from both sides of the fence here. Another thing to note is the Mi Band 5 battery capacity is actually lower than it’s predecessor — 125mAh vs. 135mAh.

If you’re using tracking features and fitness routines substantially, then expect the battery to withstand around a week before you’ll need to top up. Xiaomi touts 14 days but that must take minimum input and daily usage to attain. For reference, the marginally bigger cell in the Xiaomi Mi Band 4 could easily reach 15 days with a reported 21-day lifespan.

If you have liked any of the previous Xiaomi Mi Band devices, then you’ll absolutely love the Mi Band 5. It’s cheap, accessible, comfortable, and now includes some notable upgrades that make it even more enticing than ever before.

My advice to anyone with last year’s Mi Band 4 is to skip this one and wait for a more comprehensive upgrade. If you have an even older Mi Band or fitness tracker, sure, this is a great purchase for the basics. There are few things lacking here and there that you might get from a “proper” smartwatch but for most people, the Xiaomi Mi Band 5 is probably a better buy overall.

Where can I get the Xiaomi Mi Band 5?

While Xiaomi smartphones are hard to get hold of in North America, accessories and wearables are a little easier. You can pick up the Xiaomi Mi Band 5 for under $50 direct from Xiaomi’s own Amazon web portal.