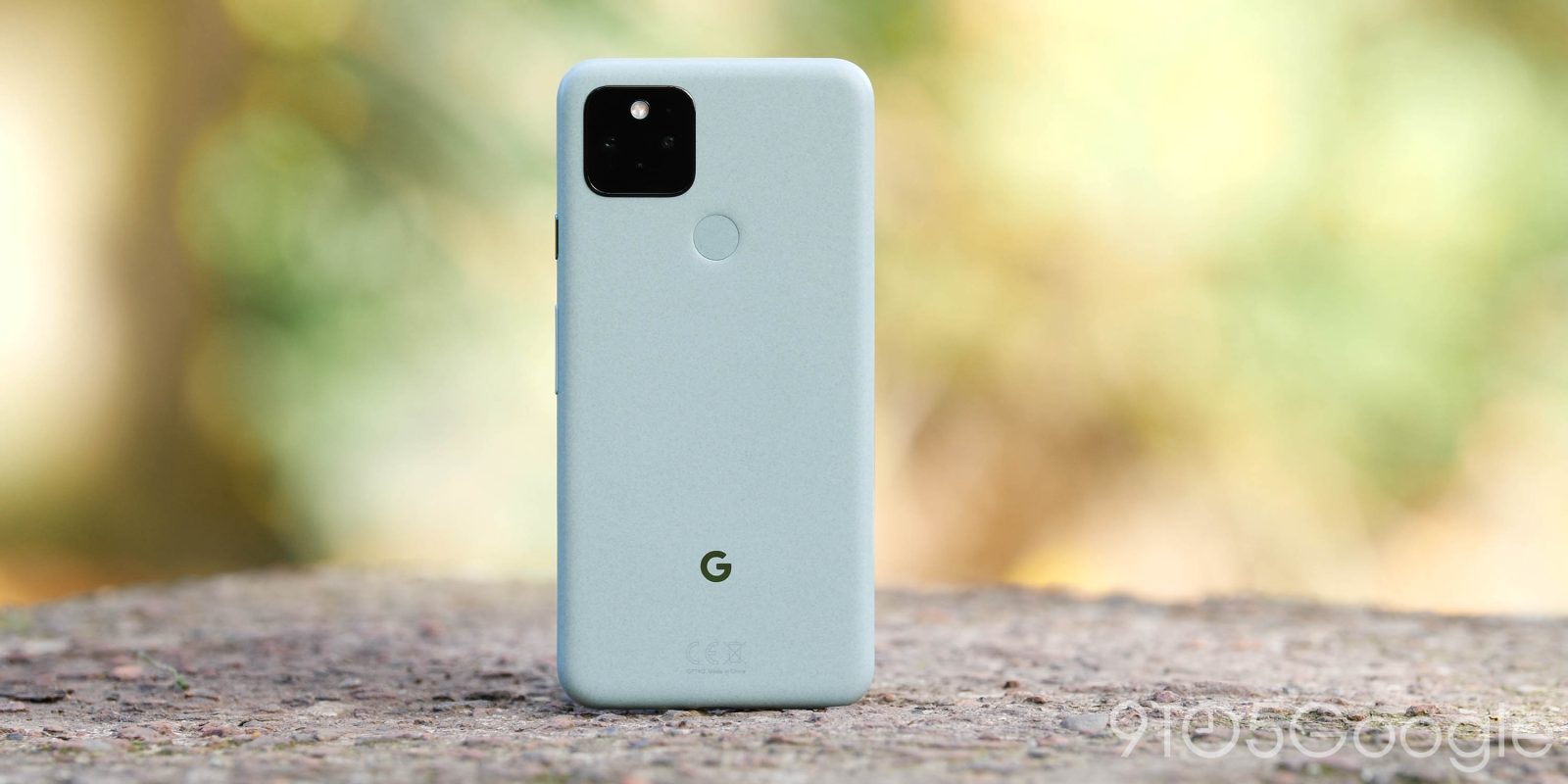 The Google Pixel 5 has started shipping globally — sorry US — which is now putting the highly anticipated device in the palms of those that pre-ordered. It’s not a traditional “flagship” Made by Google phone, but the Pixel 5 does have a host of new features, and we’ve collated a top 10 of our favorites.

Without a “flagship” processor and some admittedly minor hardware changes, Google has focused on the Android experience quite heavily this time around. The Pixel 5 has some new additions that, needless to say, offer a refinement over existing features.

Some of the new tweaks are particularly impressive and might eventually come to older Pixel models in future Feature Drops — although it’s still at Google’s discretion if this will happen at all. Heck, given the mid-range internals and internal removals, older models might actually handle certain features better.

That said, you might have pre-ordered the Pixel 5 and are really excited for some of the new features. We’ve spent some time to work out what we think are the 10 top new features added to the Google Pixel 5.

It’s also worth noting that many of these features aren’t limited to the Pixel 5. They also apply to the Pixel 4a 5G and, in some cases, the Pixel 4a — such is Google’s confusing product line this year. Although here are 10 of our favorites:

In all honesty, the Extreme Battery Saver mode might not be needed by most people as the Pixel 5 battery is a marked improvement over the Pixel 4 series. For those needing just a little bit of extra juice, it might be a really useful new addition or feature to come to the Pixel 5 series though.

Power-hungry features and apps are turned off to help reduce idle battery usage. You can set some apps to still be usable in this mode, but only your “essentials” will operate as normal. Samsung has offered a similar mode for some time, as this effectively turns your smartphone into a dumbphone. That means basic functionality like calling and texting. You won’t see notifications from other apps either.

It’s by no means an essential addition, but a neat new feature that we hope will bleed down from the Pixel 5 to other Google hardware.

The removal of Face Unlock on the Pixel 5 is a disappointing one. It has seen the return of the Pixel Imprint fingerprint reader, which has strangely been re-added at the best possible time. With mask usage on the rise due to the ongoing COVID-19 pandemic, you can just scan your finger and not have to worry about your Face Unlock attempts coming unstuck when wearing a face covering.

While Google couldn’t have predicted COVID-19 would make the removal less of an issue, it has been an excellent reintroduction to the superfast rear fingerprint scanner already. You’ve got a mask-ready secure smartphone that still packs that Pixel punch.

Unless you were happy to use the Photosphere to achieve a wide-angle-style effect on older devices, then a proper ultra-wide-angle camera is highly anticipated on a Pixel phone. Switching lenses is smooth and consistent, too.

The results are just as impressive using the ultra-wide-angle lens as they are with the main wide lens. Expect contrast-y images very much like you’d see on previous Pixel series hardware but with the ability to get even more in your shot.

It’s about time that Google added 4K UHD video recording at 60fps to a Pixel device. The excuses always jarred and frustrated fans, but finally, we have 60fps video when recording at UHD. The good thing? It’s actually pretty impressive so far, the stabilization is solid, and while 1080p video will likely be enough for most people, the 4K 60fps on the Pixel 5 manages to stack up well against the competition.

One major downside is that 4K 60fps recording is not possible on the ultra-wide-angle lens. We’re not sure the reasoning for this, but surely it could come with a Google Camera software update? Either way, like many industry-standard features, Google gives with one hand, then takes away with the other.

If you are a selfie-taking fiend, then the new Portrait Light post-processing effect might very well be one of the top new feature additions to the Pixel 5. This basically lets you tweak the “lighting” of your selfies after you have taken them. While the Pixel 5 selfie camera is solid, sometimes you just want to bump the lighting on one portion of your face.

Portrait Light lets you tweak an image to fine-tune where a light source is lighting your face. When taking selfies in mixed lighting, this proves to be a fantastic new tool that you can use to “boost” images.

Google’s industry-leading Portrait mode now works in conjunction with the superb low-light Night Sight mode, giving you blurry backgrounds and fake bokeh effects even if it gets dark outside. Like Night Sight, you take a slightly longer exposure, and the Pixel 5 will combine the images, while simultaneously detecting the edges and blurring the areas around a subject.

The Pixel 5 takes the baked-in Assistant capabilities further yet again with the ability to actually hold the line when you are on a call. Think of this as a way to “hack” hold lines when you call a toll-free number and for those that call a ton of call centers throughout the day.

Think of this as Google Duplex but built into your dialer. You, like me, might not make phone calls often so might never get the opportunity to take advantage of the AI-powered call handling. It’s still a nice bonus to have when you need to call a line and can’t deal with potentially hours of horrendous hold music.

The updated Pixel Launcher is now available for all Pixel users, it’s modest but still one of the top new Pixel 5 features of note. Rather than adding tons and tons of new options, you’re only given the ability to increase your homescreen grid layout and app icon size. It’s not much when compared to the likes of Launcher or Nova Launcher, but it’s still great for people that want a simple homescreen layout.

Another application that made its debut on the Pixel 5 but has already begun its rollout to other Pixel devices, bringing with it enhanced editing features, interface changes, and more. AI is used to help you pull specific quotes from recordings without needing to listen back to an entire clip.

We said that the original was “a really awesome tool for students and journalists especially, as it saves on note-taking and allows you to actually listen to speakers, lecturers or interviewees.” The new updates and improvements will make it an even better tool for those needing a transcription service in their pocket — and for free.

As far as “top” new Pixel 5 features go, 5G is down the list but still a notable addition. As 5G networks begin to roll out more widely over the coming years, you’re not going to miss out. We still don’t think you should buy a smartphone simply for 5G connectivity, but having it baked in is a sensible thing to look for if you hold on to your devices for a while — and that is something we all do more often.

What is your favorite new Pixel 5 feature?

Are you already rocking the Pixel 5? If so, what are you loving so far? What about the pre-order crew out there, what are you most excited to sink your teeth into? Let us know down in the comments section below!