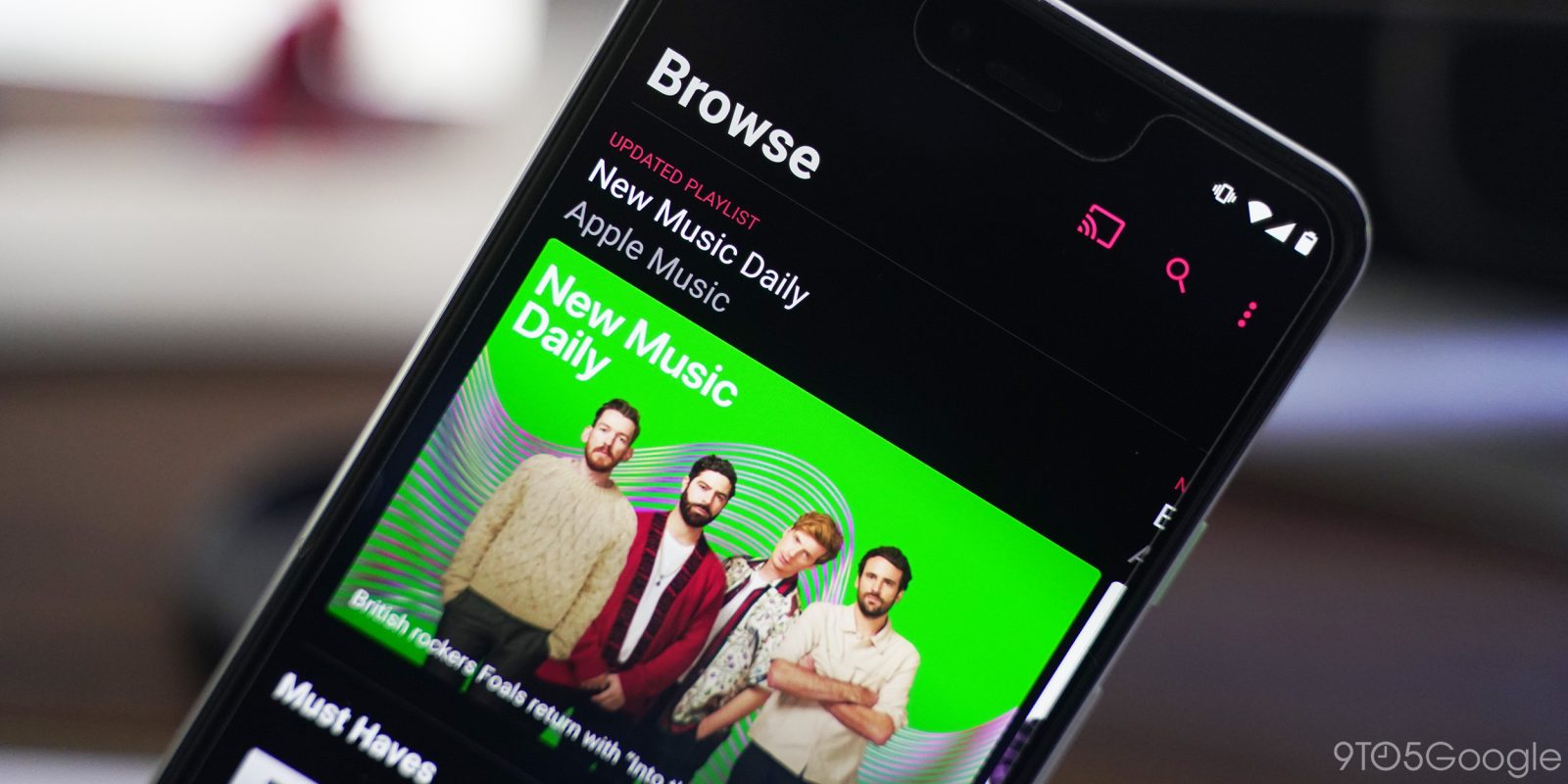 Apple Music has received an update on Android bringing all of the latest enhancements that came with the app’s iOS 14 update, including a redesign and autoplay.

While Apple is not typically known for making their apps and services available on multiple platforms, Apple Music is one of the key exceptions, offering an Android app to anyone willing to pay for the $9.99 per month subscription — or have it bundled with a carrier plan. The latest update to Apple Music for Android, version 3.4, has begun rolling out, having been in beta testing long enough to accidentally reveal the existence of Apple One.

With the update comes a redesign of the app, as originally outlined by Android Police, expanding out to five primary sections in the menu bar. Specifically, “For You” has been replaced with a similar, yet different “Listen Now” view, and the app’s search features have moved from an upper search bar down to the menu bar.

The Now Playing view has also been given a redesign, with a dynamic background that adjusts its colors to match the current song’s album cover. Open up the queue list to see another new feature of Apple Music 3.4, a new infinity-shaped icon on the right-hand side of “Playing Next.” With a tap of this button, autoplay will be enabled and show a preview of what automatically added songs will play next.

From any Apple Music song, album, or playlist, whether in Search or in your Now Playing queue, you’ll have the option to “Share” that bit of music, including direct to Instagram, Facebook, or Snapchat as a tappable sticker in your story. Selecting a different app simply shares a link to your selected album or track.

Deeper in the settings, you can also find new controls for what streaming quality Apple Music should use and whether downloads should be allowed while on cellular, or if the app is allowed to use cellular data at all. Alongside this, there’s a quick “Cellular Data Saver” option that you can use while in a bad connection area or if you’re just running low for the month.

Apple Music for Android version 3.4 should be rolling out now via the Google Play Store.