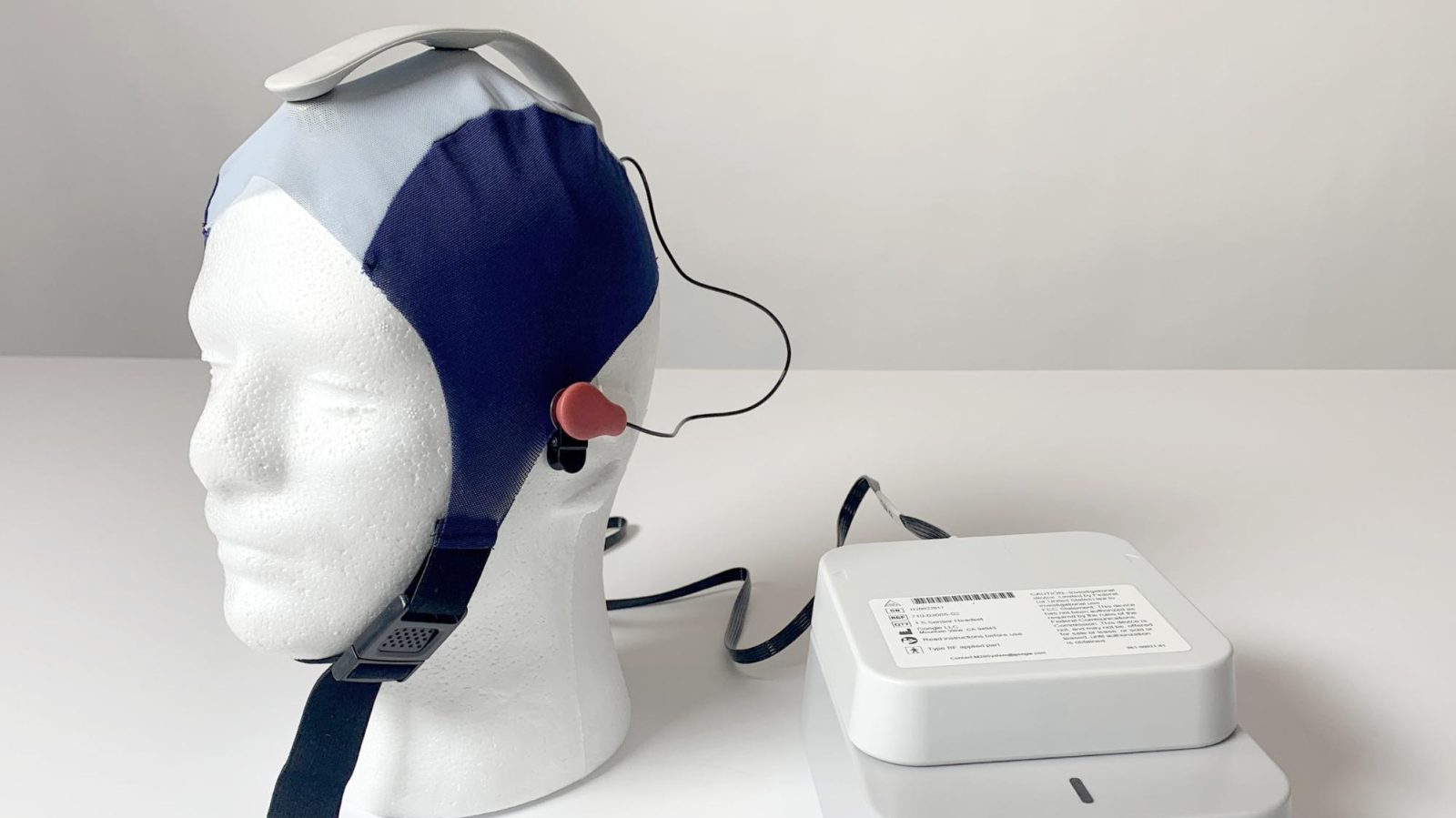 Alphabet’s Moonshot Factory investigates a number of ideas before publicizing and later graduating them. For the past three years, X has been working on Project Amber to find a biomarker for depression. That ultimately did not come to fruition, but the team did create a portable, low-cost EEG that has been open-sourced.

Our journey started by asking the question: what if we could make brain waves as easy to measure and interpret as blood glucose, and use them as an objective measurement of depression? Our approach was to marry cutting-edge machine learning techniques with a 96-year-old technology to measure electrical activity in the brain: electroencephalography (EEG).

X wanted to create a wide-scale solution and that required bringing EEG devices out of the lab and into doctor’s offices, counseling centers, and psychiatric clinics. Numerous prototypes were created, with feasibility studies at X and Florida State University.

In our final prototype the headset slips on like a swim cap and can be put on by anyone with minimal training, taking around three minutes to set up. It uses three dry sensors arranged along the midline at Fz, Cz, Pz, the most important channels for ERP assessments of reward and cognitive function. The accompanying bioamp can support up to 32 channels, so it’s possible to connect a standard headset with some modifications. Amber’s system can be used to collect resting state EEG and event-related potentials with our software that time-locks a task to the EEG measurement.

The methods were capable of recovering usable signal representations from single EEG trials. This means that it may be possible to derive clinically useful information from brain electrophysiology with far fewer data samples than what is traditionally used in research labs, which often rely on hundreds of experimental trials.

In speaking with healthcare experts, the Amber team encountered a “lukewarm reception” to a “brainwave” test for depression as “psychiatrists and clinical psychologists felt confident in their ability to diagnose via clinical interview.” It was received positively as an in-home ongoing monitoring tool. Meanwhile, people “did not like the idea of being labelled as depressed by a machine.”

Amber was not able to accomplish its original goal of finding a single biomarker for depression and anxiety:

It is unlikely that one exists, given the complexity of mental health. Yet there’s no question that there is a huge opportunity for technology to enable better measurement.

As such, X has wrapped up Project Amber, but the hardware and software are open-sourced on Github to allow others to continue. The team is “pledging the free use of our patents and applications listed in this patent pledge.”

We are making these resources available so that mental health researchers have all of the specifications, code, and permissions they would need to rebuild our EEG system, or design their own based on it. In addition we are donating 50 assembled Amber prototype devices to Sapien Labs for use by researchers worldwide as part of their Human Brain Diversity Project which supports EEG research globally, with an emphasis on low-income countries and underrepresented groups.