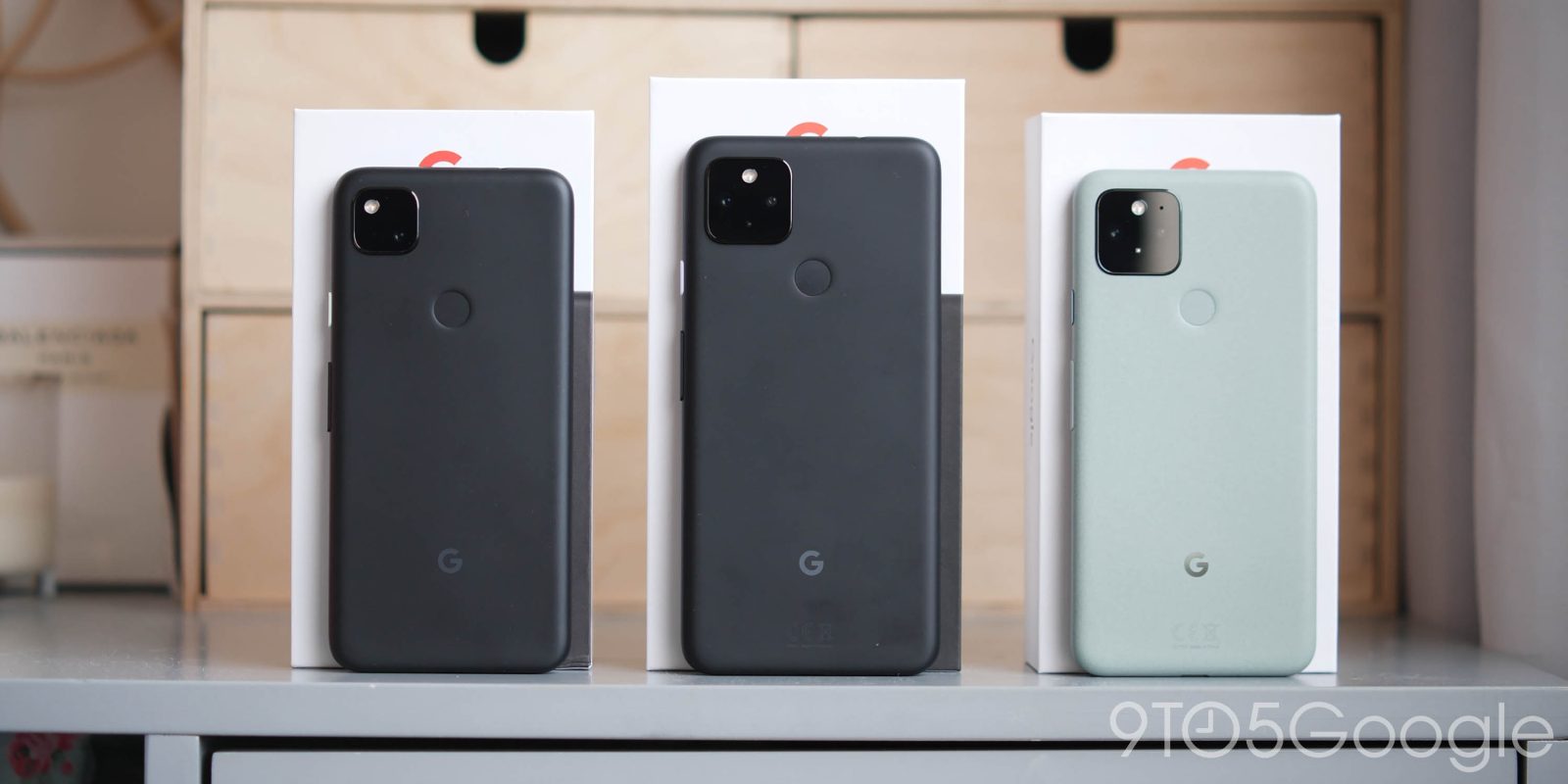 We’re late into 2020, which means almost all Android OEMs have released their latest hardware — including Google. If you’re a Pixel enthusiast looking and sizing up the latest lineup, you’re probably wondering, “Which 2020 Pixel is the right device for me?”

As simple as it might have been in previous years, Google decided to confuse matters in 2020 with a trio of handsets aimed at different subsections of the Pixel fanbase — and wider “general” smartphone market.

There’s the affordable Pixel 4a, which leverages all of what makes the Pixel series so popular with a sub-$400 entry price. Then there is the flagship Pixel 5, a device that takes a few steps back over 2018’s Pixel 4 and 4 XL but adds in a few notable improvements without ballooning the price tag. And finally, there is the Pixel 4a 5G, which straddles the Pixel 4a’s affordability while offering a taster of the Pixel 5.

It’s a confusing mix of hardware that, understandably, might leave you scratching your head as to which device is right for you. We’ve already done some extensive comparisons between all of the previous Pixel generations, the specifications, internals, and more, which might help you decide which is right for you:

What size smartphone do you prefer?

There are three distinct sizes of 2020 Pixel devices to choose from this time around. Each has its own series of things to consider, too. You’ll need to decide whether you want a small phone, a small-ish phone, or a big phone. While there is no “XL” model this year for either 4a or 5 series, the Pixel 4a 5G manages to fill in that gap for 2020 quite nicely by straddling the two series:

Alongside the physical display size, you’ll need to decide if you’re content with 60Hz or want a supersmooth 90Hz on your display. As a premium feature, only the display on the Pixel 5 comes with what Google calls the “Smooth display” option. This addition might prove to be a very big deal if you’re an ardent gamer. All 2020 Pixel displays are still FHD+ rated, which means it boils down to refresh rate:

In reality, the difference between 60 and 90Hz is not quite as pronounced as between that of 60 and 120Hz. You’ll likely notice some slightly smoother animations and scrolling benefits. But gaming framerates are where it seemingly makes the most difference on mobile — as it does on PC. The overall Pixel software experience remains the same, though, just ever so slightly smoother across all facets of the OS.

5G is going to be the great equalizer for smartphones throughout 2021, and we’ve already seen the effects here in 2020 with prices burgeoning due the associated “5G tax.” Futureproofing is a very sensible thing to be doing with any smartphone — especially if you plan on keeping it long term.

The Pixel 4a does not include 5G connectivity, so it will rely on access to the abundant 4G networks that litter the planet. For those that live in more dense urban areas, the Pixel 4a 5G and Pixel 5 will undoubtedly offer faster connection speeds in the coming months and years as 5G networks are built out. Playing online games and with Stadia being a prominent game-streaming option, 5G may prove helpful for a consistent experience with triple-A titles on your smartphone.

How important is an ultra-wide-angle lens?

Just how much of a priority do you place on getting wider points of view in your photos and videos? There are only currently three Google Pixel devices that include a dual-camera setup. With only the 2020 Pixel 4a 5G and Pixel 5 including an ultra-wide-angle lens.

We have mentioned previously that the Pixel 4a can achieve a the “wide-angle effect” by using the Photo Sphere extra camera mode. However, this doesn’t necessarily provide the same effective field of view that the ultra-wide-angle offers on the larger 2020 Pixel models.

There is only one late-2020 Pixel model that will come with Qi wireless charging — and that is the Pixel 5. Google’s insistence on sticking with 18W wired charging is also an odd one, but it’s still plenty fast and plays nicely with most of the existing chargers you’ll have lying around.

If you want to get rid of some wires or be able to access reverse wireless charging for your accessories, then it’s the Pixel 5 or bust. The wired cable speeds remain the same, no matter which device you do happen to choose, though.

Do you use wired headphones?

The Pixel 5 has the most “extras” of the entire 2020 Pixel series, but it does have one notable omission — a 3.5mm headphone jack. Only the affordably focused Pixel 4a and Pixel 4a 5G come with the ability to plug in a 3.5mm audio cable out of the box.

To use any existing wired headphone or hook up to a stereo system then you’ll need to use a dongle or Bluetooth with the Pixel 5. This might not be a big deal, as affordable Bluetooth earbuds are now getting better year-on-year. Plus the Pixel Buds are a pretty fantastic companion, no matter which Pixel you use.

Are you worried about water ingress or splash damage?

While the lack of a 3.5mm headphone jack on the Pixel 5 is one to be lamented by many, it’s used as a reason to include an IP68 water and dust resistance rating on the 2020 flagship Pixel. Unfortunately, neither Pixel 4a or 4a 5G come with an official IP rating. That means that you’ll need to be extra careful around bodies or water — no matter how shallow.

While prices of most smartphones exist in a constant state of flux courtesy of sales, rebates, and limited-time deals, the 2020 Pixel series has a pretty consistent price structure, which makes it easy to understand.

The budget Pixel 4a has an RRP of $349/£349, while the Pixel 4a 5G is priced at $499/£499, the “premium” Pixel 5 comes in at £599 in the UK, but due to mmWave connectivity jumps to $699 in the US. You’ll have to determine whether you’re happy to go without certain hardware if you’re having a hard time deciding between the lineup. Deals and sales are plentiful on the entire series though, here. While the pricing means that all devices are far more accessible than in years previous.

So taking into account all of the above, we’re sorry but we can’t make the decision for you, but we hope that we’ve given some food for thought. In most cases, though, we do think that the Pixel 4a 5G offers the best of both 2020 Pixel series worlds. There’s the reasonably solid Qualcomm Snapdragon 765G chipset with 5G connectivity, a dual-camera setup, large vibrant display, a good battery, and it comes in at under $500.

The Pixel 5 in the US is probably around $100 overpriced but it’s still fantastic, even with some compromises. The Pixel 4a is a pocket rocket with that excellent “Pixel experience” without the price tag.

Although the Pixel 4a is technically part of the lineup, it has some notables having released in August 2020. At $349 it’s a steal. The only downside is that it won’t be supported for quite as long. Because of the weird staggered release cycle, you’ll only get updated to Android 13 — not Android 14. It’s an important point as it means while the price is lower, the software longevity is slightly cut short. However, no other sub-$400 Android smartphone will get support for as long as the Pixel 4a will.

It’s worthwhile checking a number of the following retailers to determine the best price on each of late 2020 Pixel devices, as deals and offers are constantly changing: