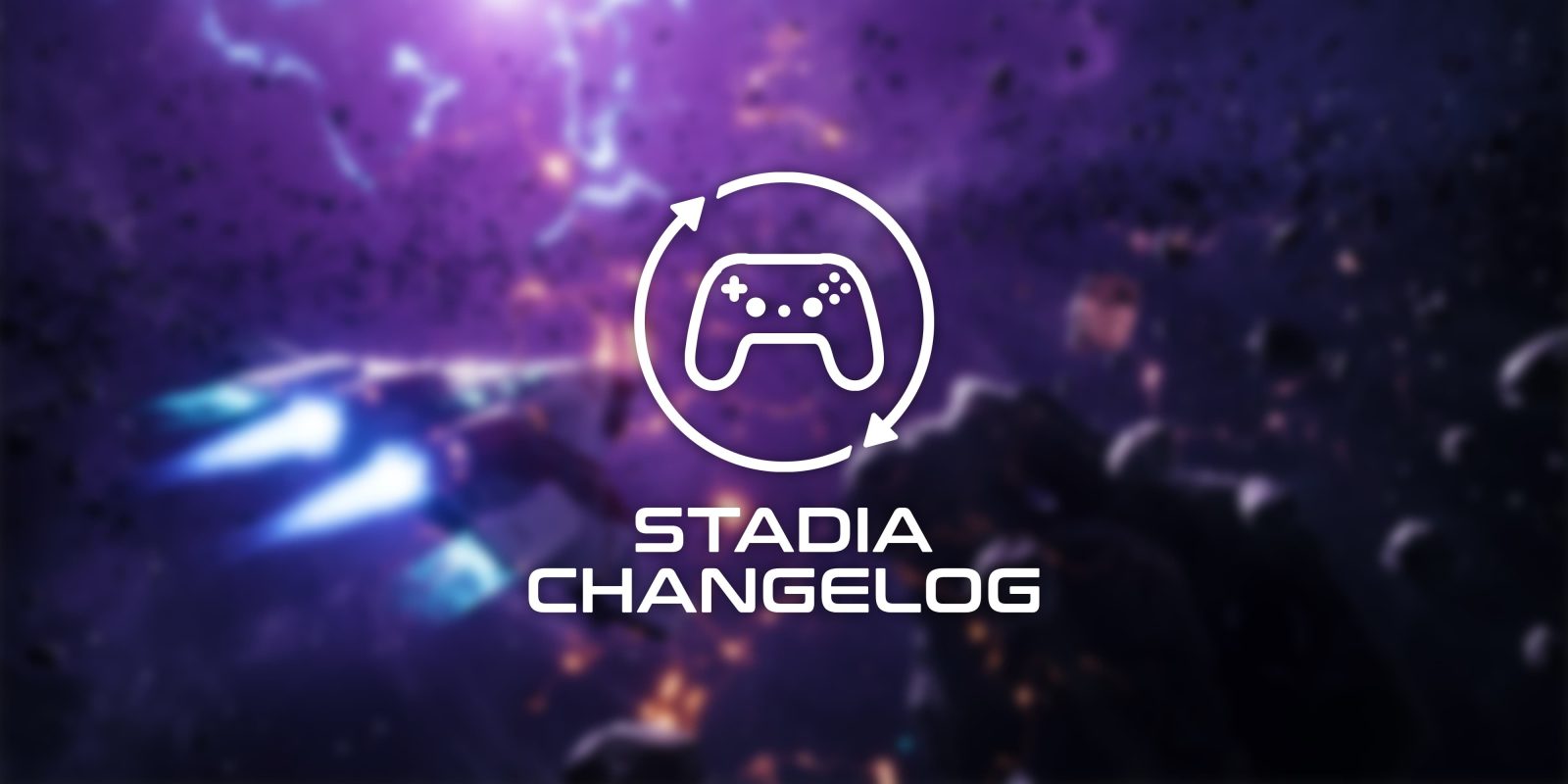 Google Stadia’s library continues to grow, and this week we’ve seen a whopping 10 new games arrive alongside updates for Doom Eternal, Dead by Daylight, and more. The new Stadia release Everspace has also been confirmed to go 4K, and there’s evidence of some new titles on their way. Here’s what you need to know.

Google is aiming to release more than 400 games on Stadia over the next couple of years, and this week we’ve seen 11 titles added to the platform. That includes:

Four of those new titles arrive as a part of December’s collection of Pro games. Outward is a full paid game, though, at $39.99. Chronos: Before the Ashes, Phogs, and El Hijo have also arrived as paid games on Stadia this week. Ubisoft has also launched Immortals: Fenyx Rising this week.

Perhaps the biggest addition, though, is Stadia Games & Entertainment’s Outcasters, an exclusive competitive title that could be a big deal for the platform as a whole. The game is $20, but free with the Pro subscription. Submerged: Hidden Depths is also exclusive and hits the same price point.

Everspace will go 4K on Stadia

Everspace, one of the new titles added to Stadia this week, is already discussing future updates. Apparently, a future “imminent” update to the Stadia version of the game will bring support for 4K as well as some other improvements. Everspace is a gorgeous game, and being available in 4K on Stadia should only make that better! There’s no timeline for this update yet, but we’ll keep you updated on when Everspace gets 4K support on Stadia.

The Stadia-exclusive creation game, Crayta, has added new assets for the Winter. The new asset pack gives users the ability to create snowy words for their various games. The developers went over the full collection of changes in a livestream on Tuesday, embedded below.

The new assets are live now in Crayta on Stadia.

One Hand Clapping 0.8.30 arrives on Stadia

One of Stadia’s Early Access titles, One Hand Clapping, is getting a new update this week. Version 0.8.30 went live on Stadia earlier today with a new level, “Maestro Mountain.”

Doom Eternal is getting a big update this week. Update 4 has been released on Stadia and other platforms. Here’s what it brings to the table.

Update 4 for DOOM Eternal and DOOM Eternal: The Ancient Gods — Part One is now live and features a free new Master Level and Master Level mode, as well as brand new content for live events like the Gift Wrap and Tear holiday themed event that kicks off on December 10th. Update 4 also includes improvements to max resolution while running in backwards compatibility mode on Xbox Series X and S, some key bug fixes and other improvements.

You can learn more about Doom Eternal Update 4 on SlayersClub.

Watch Dogs: Legion is one of the biggest games of 2020, but the game has been widely criticized for performance issues and bugs. v2.30 of the game should improve this across all platforms, Stadia included.

On Stadia specifically, this update optimizes loading times when quitting to the main menu as well as a lighting problem during daylight hours. The full patch notes are available from Ubisoft.

Baldur’s Gate 3 gets a big patch

The third major patch for Baldur’s Gate 3 has been released on Google Stadia, but it did delete all save files for users.

Red Dead Redemption 2 has picked up a new tweak specific to Stadia. As noted in a recent changelog, Rockstar Games has added a performance toggle for targeting quality or performance. The quality setting targets 4k/30 (still 1440p) while performance opts for 1080p/60.

Following its debut on Stadia this week, the publisher behind Outward is sharing the first teaser for the game’s “Three Brothers” expansion that debuts on December 15.

On December 1, Dead by Daylight released its 4.4.0 update simultaneous with other platforms. This latest update brings the “Binding of Kin” and also “The Realm Beyond Part 3.” A new Nightmare on Elm Street DLC also debuted alongside the update.

Each week, new games are rated by regulatory authorities such as the ERSB and more for each platform those games are set to arrive on. Generally speaking, these are solid evidence that a game is heading to Stadia, though not always indicative of when that game will arrive. Here’s what has been rated this week (via StadiaSource and Cloudy with a Chance of Games).

Officially, too, two other games have been confirmed to be heading to Stadia. That includes SEGA’s Valkyria Chronicles 4 releasing on December 8. Further, Journey to the Savage Planet is coming to Stadia Pro at some point in the future with exclusive content.

Here at 9to5, some of us are avid Stadia players and we’re often trying the latest games. Here’s what we’ve been playing this week on the platform.

For the past week, outside of several matches on Outcasters, I’ve been playing Little Big Workshop almost constantly. The management game has been sucking up my free time before heading to sleep as I’ve been trying to maximize my profits and reorganize my growing factory, all from my Galaxy Fold 2 which has turned into quite the awesome late-night Stadia machine. If you’re at all interested in management games, I can’t recommend this one enough. I’ve also been playing just a little bit of Everspace since its Stadia debut and man, I can’t wait to see that game in 4K…

This week, I’ve actually been playing Immortals: Fenyx Rising. While I’ve been fairly vocal on Twitter about my intense dislike for the game’s overall dialogue ever since the demo, I decided to give it another shot when the full game released. While the dialogue is still not to my taste, I find myself coming back to Immortals anyway, because the gameplay is surprisingly decent and it’s really the only game of its kind on Stadia today. If you’re looking for a Breath of the Wild style of game, Immortals: Fenyx Rising is still worth considering.

It’s a bit weird that I’m actively playing through a now 2-year old game, but I have wanted to complete RDR2 more or less since it first released. The recent Black Friday Week deals meant that I picked it up even though I have already played through a fair portion over on PS4. But I have held out finishing RDR2 as I’ve really pined for a proper 1080p 60fps experience with. The downside? Well, I’ve mainly been playing on-the-go with a spotty 4G connection. It’s been a mixed bag but when stable, it’s so much fun playing as Arthur Morgan and hanging with Dutch’s gang. I still can’t believe that you can actively play this amazing, living 3D Wild West simulator on your smartphone. If you want to saddle up, then you can find me on Stadia as “Wilde” — be sure to drop me a message over there too!