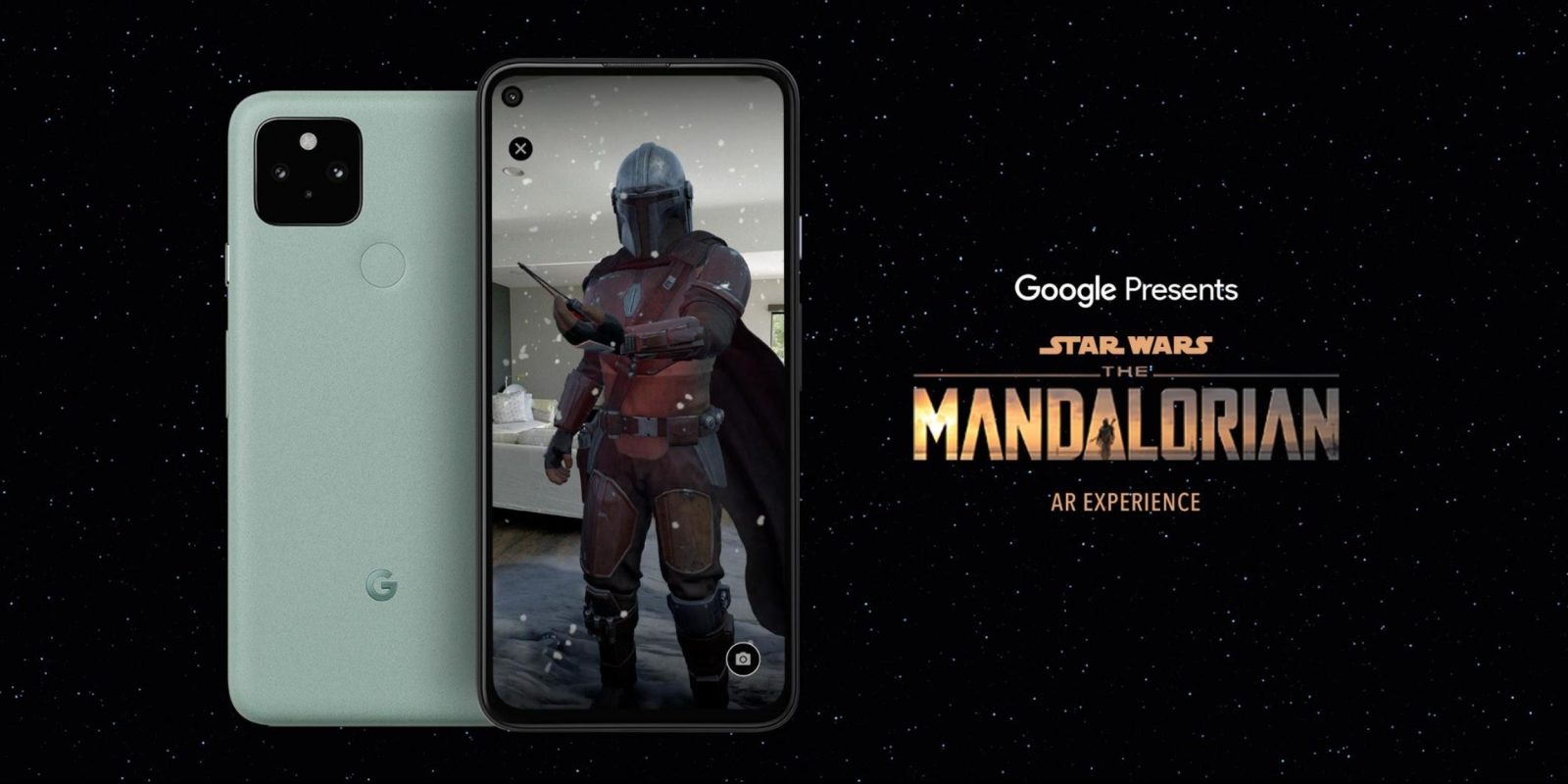 The Mandalorian remains a big hit half-way through its sophomore season. Google has partnered with Lucasfilm on a free Android app to bring iconic and realistic moments to life using AR and 5G.

Update 2/18/21: Google’s Mandalorian AR app is now available in many more countries, including:

All five content drops have been accessible since last year, while the application will remain available through October 31, 2021.

The ARCore platform was leveraged to “build hyper-detailed models and life-like animations.” For example, the Depth API makes possible occlusion where virtual items can realistically appear behind or in front of real world objects.

Scenes interact and respond to your current environment, while your actions will “unlock even more effects.” New content will be added every Monday, with the app currently featuring AR experiences from the first season — as you can tell from the armor. A shutter button in the bottom-right corner lets you take pictures.

Google says The Mandalorian AR Experience app is only available on select 5G Android phones, like the Pixel 4a 5G and Pixel 5. Full requirements are listed here.

Google today also teased “additional exclusive content outside of the app” for Pixel owners. Over the weekend, Made by Google on Twitter teased The Mandalorian AR app with a cryptic wavy-hello GIF. Meanwhile, the Pixel 5’s Sorta Sage color is objectively reminiscent of The Child.