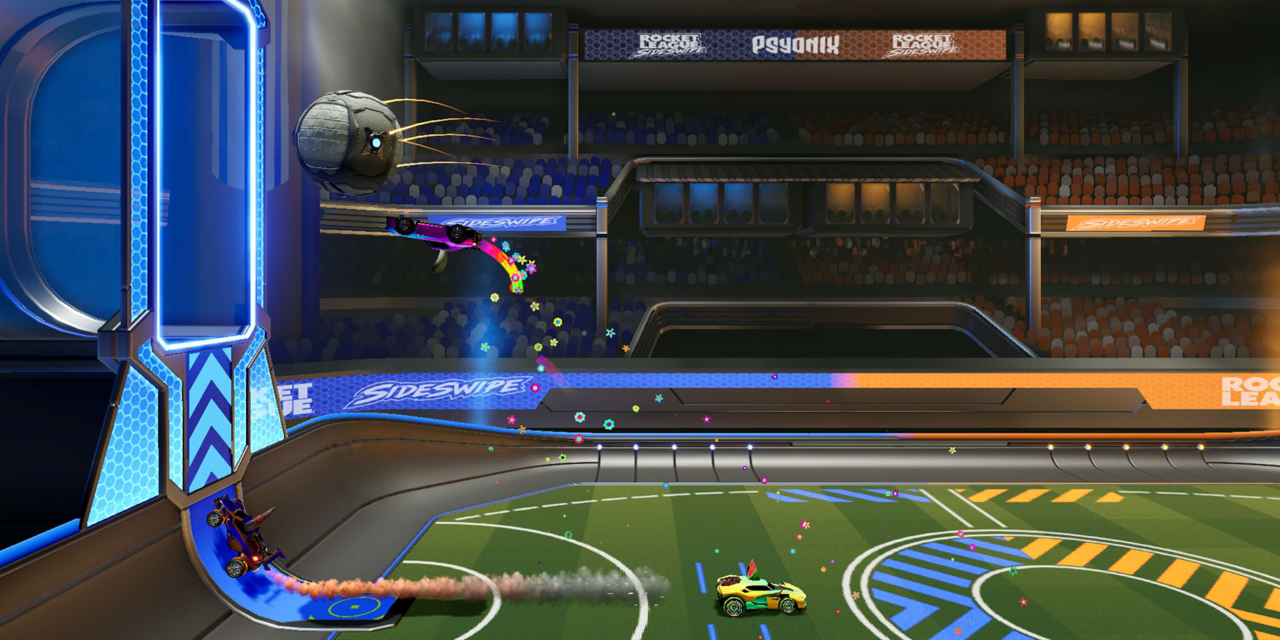 One of the most popular games in the world has been Psyonix’s Rocket League, and under the umbrella of Epic Games, the game is expanding to new platforms. Later this year, “Rocket League Sideswipe” will arrive on Android and iOS devices.

Announced in a blog post today, Psyonix confirmed that “Rocket League Sideswipe” is currently in development for mobile devices with a “reimagined” version of its iconic competitive gameplay.

In “Sideswipe,” players are in 1v1 and 2v2 matches that are fast-paced and only last around two minutes, less than half that of a normal Rocket League match. The game also takes on a new perspective, showing the field and players more like a 2D-side scrolling game than the third-person view from consoles and PC.

The game uses touchscreen controls, of course, but Psyonix teases that there will be “advanced mechanics” available in this Android/iOS version of Rocket League that competitive players can learn and take advantage of to rise through the ranks.

Rocket League Sideswipe won’t be available on Android and iOS until “later this year,” but a limited group of players in Australia and New Zealand will be able to participate in a limited-time alpha test exclusively on Android devices.