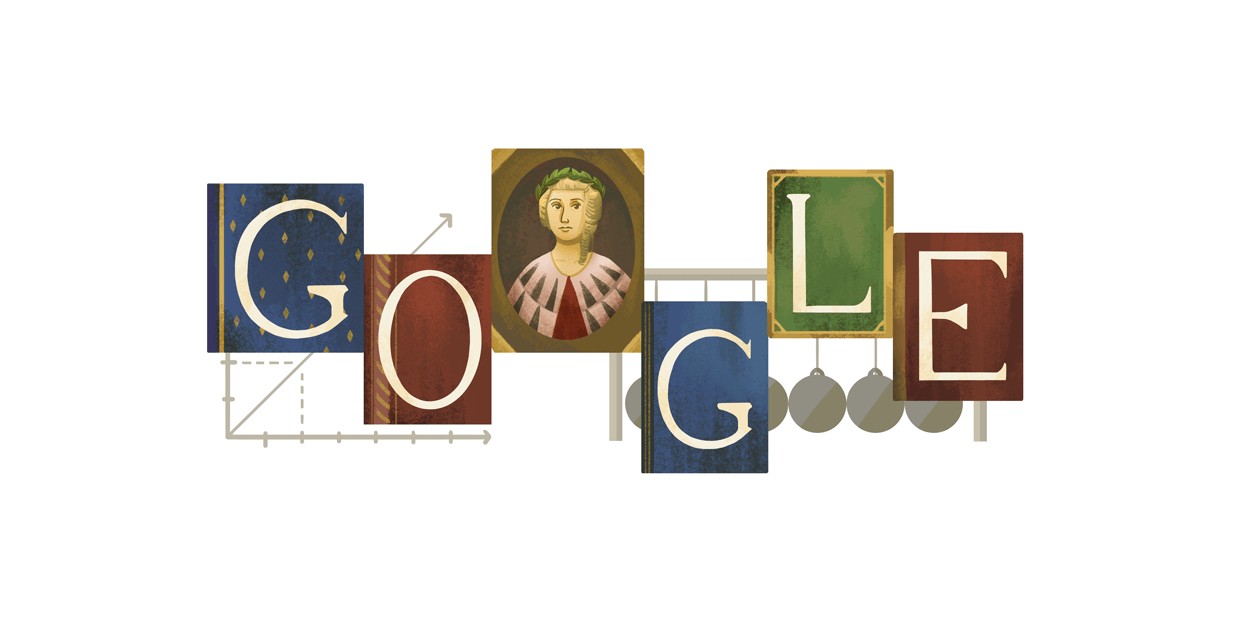 Google is replacing their homepage logo with a Doodle honoring Italian physicist Laura Bassi, the first woman to obtain a doctorate in science.

Laura Bassi was born in 1711 in Bologna, Papal States — the region known today as Italy — to a wealthy family. Due in part to her father’s financial standing, Bassi was privately educated from ages 5 to 20 in subjects ranging from Latin and mathematics to logic and metaphysics.

By the age of 20, Laura Bassi caught the attention of Prospero Lambertini — later known as Pope Benedict XIV — who became her patron and arranged opportunities for her to display her scientific prowess. In one such instance, on April 17, 1732, the occasion being celebrated by today’s Google Doodle, Bassi publicly defended her 49 theses in a debate with four professors of the University of Bologna.

For this successful defense, Bassi was awarded a doctorate in science, becoming the first woman to do so, and only the second woman in history to earn a philosophy doctorate (PhD). The public revered Laura Bassi, calling her a “Bolognese Minerva,” in reference to the Roman goddess of wisdom.

Later that year, Bassi pushed her cause — and, more broadly, the cause of women in academics — further, petitioning for a teaching position at the University of Bologna. The university accepted her petition, appointing Bassi professor of natural philosophy, making her the first woman to be a salaried lecturer.

However, this position was more honorary than substantial, with the University of Bologna putting strict limits on the number of public lectures she was allowed to deliver, unlike the male professors. That said, the university offered Bassi both the freedom and funding necessary to work in experimental physics, as well as permission to offer private lecturers in her home. It wasn’t until 1776, two years before her death, that Bassi was appointed a professor of experimental physics, allowing her to officially teach.

Today’s Google Doodle celebrates the 289th anniversary of Laura Bassi defending her 49 theses to earn a PhD from the University of Bologna. The Doodle honors her accomplishments and her efforts to give women their rightful place in academics.

The main focus of the artwork is a portrait of Laura Bassi is surrounded by textbooks, each appropriately colored for the letters of the “Google” logo. In the background, you can see elements of mathematics and physics, including a Cartesian plane and a Newton’s cradle.