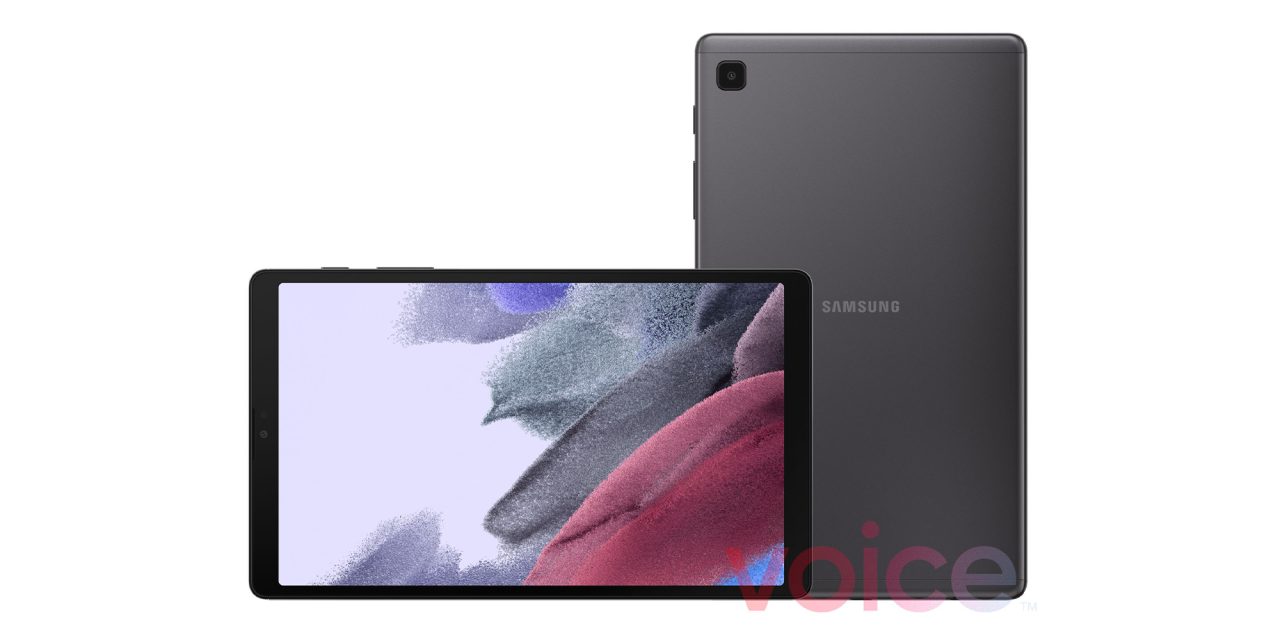 Renders of the as-yet-unannounced Galaxy Tab A7 Lite have been shared online, giving us a glimpse at the budget Android tablet for the first time.

A solo render has been shared by OG leaker Evan Blass over on his Voice page, with the tablet having a fairly familiar look and footprint for anyone versed in the Tab A series lineage. He also shared some proposed specifications that might not set the world on fire, but are likely more than adequate for anyone just wanting a capable machine to stream Netflix and YouTube when on the go.

Update 05/19: After quite a wait, some new renders and device specifications of the Tab A7 Lite have emerged courtesy of WinFuture.de alongside some more proposed specifications. This is actually an 8.7-inch tablet with an LCD display with a WXGA+ resolution — 1340 x 800 pixels. This latest leak confirms a few of the other internals including a MediaTek MT8768x chipset, 3GB of RAM, and either 32 or 64GB of expandable storage that can be expanded up to 1TB with a compatible microSD card.

There is an 8-megapixel rear camera, but the selfie camera is only rated at 720p with a maximum resolution of 2 megapixels. If you want a device for making Zoom calls, this might not be it. It should be capable of lasting a long time as the 5,100mAh battery has also been corroborated by WinFuture.de, too. It will ship with Android 11 with One UI 3.1 atop.

The Galaxy Tab A7 Lite is expected to launch alongside the Tab S7 Lite at some point in June, with a proposed retail price of just €150 for the Wi-Fi version in two colors: white and black.

Blass notes the “A7” in the Tab A7 Lite, it actually comes with an 8.4-inch display when measuring diagonally. However, the “Lite” naming really does make sense as he proposes that this Android tablet will utilize the MediaTek Helio P22T chipset, 3GB of RAM, and will come with a 5,100mAh battery. There’s a front-facing selfie camera and a solo rear camera — likely with very modest specifications.

An older leak from WalkingCat on Twitter proposes that the Tab A7 Lite will likely launch alongside the Tab S7 Lite at some point in June 2021. Considering just how few good Android tablets are even available to buy, we’re sure the Galaxy Tab A7 Lite will be of interest to many people looking to replace an aging entertainment device.

No further details were shared, but if priced in a similar manner to last years Tab A6 in or around the $349.99 range, it could be a really big seller. Considering the shift to at-home learning in the past 12 months, there might be heightened interest in the Galaxy Tab A7 Lite.