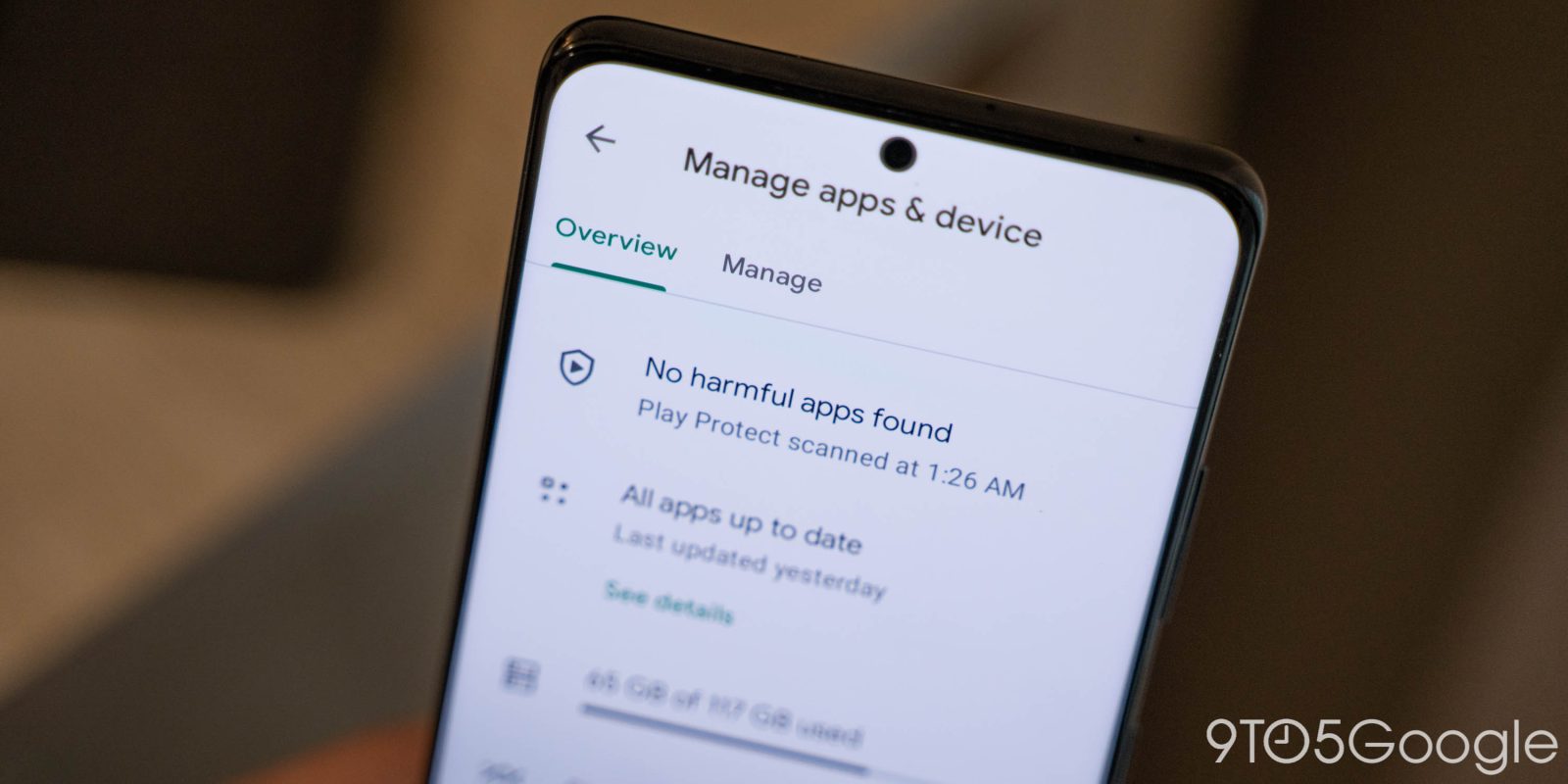 After rolling out a redesign to the Play Store that ditched the hamburger menu, Google is testing out yet another major revamp. The Play Store is currently testing a redesigned “My Apps” section that adds an overview page with more information.

Update 6/15: This update is rolling out widely as of this week after expanding the week prior. You may be able to trigger it on your device by force-stopping the app, clearing its cache, or restarting your device. Your results may vary.

A Reddit user spotted this new Play Store design in early May, which alters the “My Apps” page we’ve known for years, replacing it with an “Overview” page. This new page shows Google Play Protect front and center followed by an “All apps up to date” section, which, presumably, shows a list of apps that have not been updated. Clicking through to that section shows a “Pending downloads” list and a “Check for updates” button.e

Further down the page, there’s a storage section and “Send” and “Receive” buttons that integrate with Nearby Share. Finally, there’s a “Ratings and reviews” section.

We spotted this interface ourselves a few months ago, but the May Reddit post was the first evidence that Google is actually rolling this interface out to users. As we pointed out at the time, the “Manage” tap shows the typical library of installed apps that we’re used to seeing in the Play Store. There’s also a toggle to show apps installed on the device and apps not installed on the device, the latter showing your history of app downloads.

In June, as the update began rolling out mode widely, friend-of-the-site Justin Duino shared screenshots showing the interface on a Galaxy Z Fold 2 with the “Pending Downloads” page filled. As of June 15th, the updated page appears to have been widely rolled out to nearly all users.