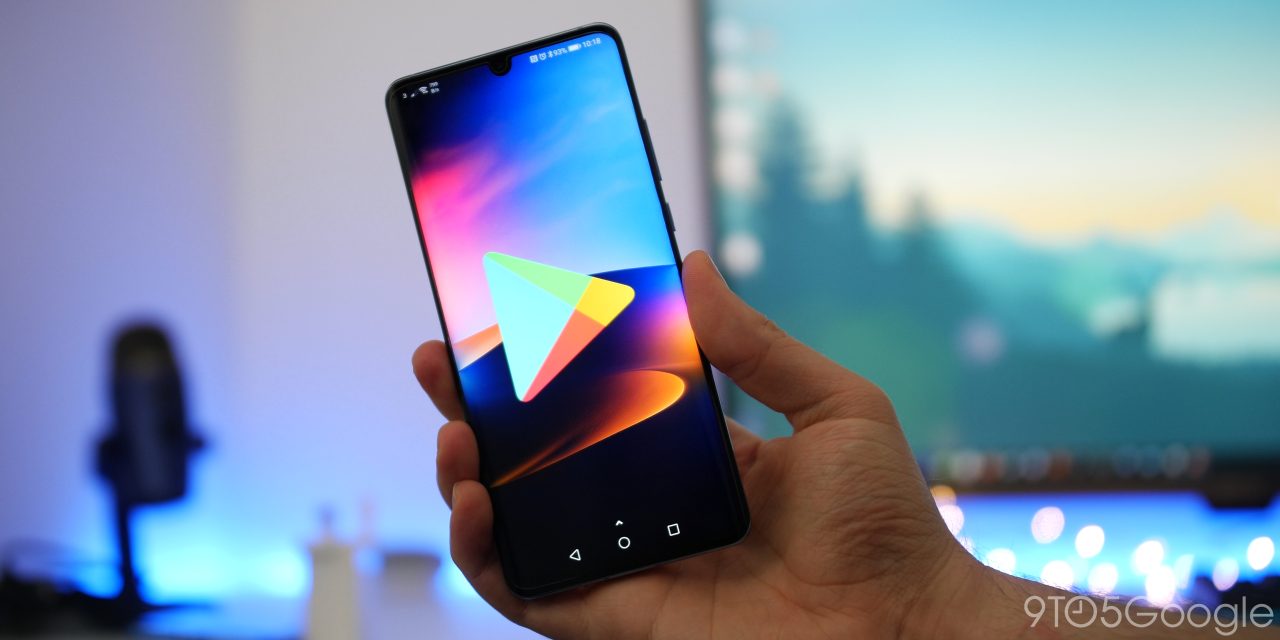 In 2019, the Google Play Store received a Material Theme redesign that was followed by a dark mode. The next major revamp is here and sees new navigation, as well as revamped settings.

Once rolled out, a blue overlay appears to highlight your profile avatar in the top-right corner. Your current account is listed at the top with others hidden until you tap expand. Below that, Google lists your Play Points status with a progress bar.

The “My apps & games” page is unchanged, but “Library” is new and links to Wishlist, Google TV/Play Movies & TV, and Play Books. “Payments & subscriptions” has been consolidated into one page, with “Play Protect” next. “Notifications & offers,” as well as “Play Pass,” has been moved down compared to previous navigation drawer placement. However, an alerts count will briefly appear in the search bar when you first open the app. Settings and Help & feedback round out the list.

Overall, this new navigation reflects how Google is phasing out navigation drawers on Android, given their general incompatibility with gesture navigation.

Elsewhere, the Settings menu has been revamped. It’s still technically one long list, but the four main sections are hidden by default. There are no new preferences, but everything, including “Family,” has been centralized here.

Some users have had this Play Store redesign for the past several weeks, but Google is now widely rolling it out. If it doesn’t automatically appear on next install, long-press the homescreen icon to open the App info page and “Force stop.” Afterwards, the revamp should appear.